Analyzing Blitz Chess Games: Why? And How to Do it!

Analyzing blitz games is the best way to fix your most common and costly mistakes! This article shows you exactly how to do it...

Most chess players don't analyze their blitz games.
The majority don’t do that because they play blitz games for fun or because they’re just too lazy. After all, it’s much easier to play than assess your shortcomings, isn’t it?

As for the third reason, they don’t analyze them...

In fact, by analyzing your blitz games you can start to identify and fix some of your most ingrained mistakes, and in doing so, grow much faster.

In this article, I’ll explain:

• Why you absolutely need to analyze your blitz games!

• A game-changing lesson my poker coach taught me

• The 3 steps you should take to analyze my blitz games

A Lesson from the World of Poker

You might hear an inexperienced coach say you shouldn’t care about your blitz games. However, any professional coach who isn’t just a good player but also a specialist in psychology would quickly tell you the opposite.

I experienced this myself around 8 years ago – but not during my chess career. Instead, at the time I was playing professional poker. I was playing online and was multi-tabling, playing at 20 tables at the same time.

After lots of work, I finally started to win. And as I wanted to progress further and play against top players, I decided to hire a coach.

During our first call, I showed my online database, statistics, and hand history (this is similar to chess, where you can download all your games).

He checked it briefly and said: “2 months ago, you had a very bad period which went on for around 3 weeks. I see something is wrong with the graphics. What happened?”

I was impressed by his fast and correct assessment.
I explained to him that I was dealing with a challenge in my life and so I was tilting a lot and playing very badly.

He paused for a moment and said: “Good. Extract the hands you played during that period and send them to me.”

“Coach, you have my database of 4 years of playing! Why do you want the hands of my worst 3 weeks? Especially, when I was tilting and it wasn’t the real me?”

His answer was a game-changer for me (in chess and in life as well).

“Avetik, when you were tilting, were you opening from early positions with cards “72o” (worst possible cards)? Were you going all-in 100bb instead of raising 2.5 bb?” (All beginner mistakes)

“You see,” my coach continued, “These are such obvious mistakes that you don’t make them even when you’re in the worst possible mood. Why is it that you don't make these mistakes, but you still make others?”

“Even if I wake you up in the middle of your sleep and don’t give you anything to eat for 3 days, there are some mistakes you’ll never make. Why? Because they’re already deeply ingrained in your mind."

What my coach was referring to was a concept called unconscious competence – i.e. when you understand things without needing to think about them. 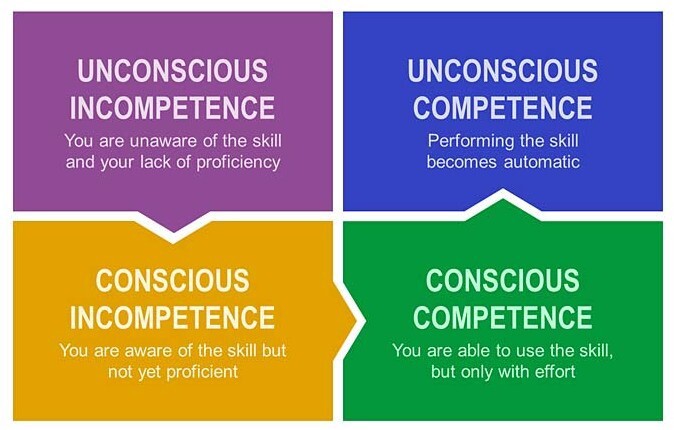 I switched from a confused state into a curious one.

My coach continued:
“There are many things you’ve learned, but you don’t understand them deeply enough yet. You will make these mistakes when your mind isn’t fresh.
By analyzing your hands when you’re tilting, I’ll be able to see which concepts you understand deeply and which ones you don’t.”

I loved it even more when after 6 months, he helped me to start absolutely crushing my games.

Now, back to chess ?

Why You Should Analyze Your Blitz Games

Now before I coach a new student, I always ask them to send me their blitz games. Of course, they get confused.

Why blitz games? Why not standard ones?
The thing is that with blitz games, it's easier to notice their style, strengths, and weaknesses.

Why? Because they do many things unconsciously and their moves are played purely on instinct.

For example, it becomes very easy to notice if a student loves to exchange the Queens and play a quiet game, or whether they prefer to create complications.

In a standard game, they would have time to think about it and try to make the optimal decision. But during blitz, most of the time they’ll try to go into their comfort zone.

It becomes easy to notice their unconscious competence – in which kind of positions they blunder, how good their endgame understanding is, and many other skills.

So, ignoring blitz games is a mistake. Here are 2 more reasons:

After learning a new opening from our courses, I recommend that our ChessMood students start to practice it.

After finishing their games, they should download them and check the opening parts.
Did they play everything correctly? Did they mess something up?

If you don’t fix your opening mistakes, you’ll play the same opening, and repeat the same mistakes again and again. 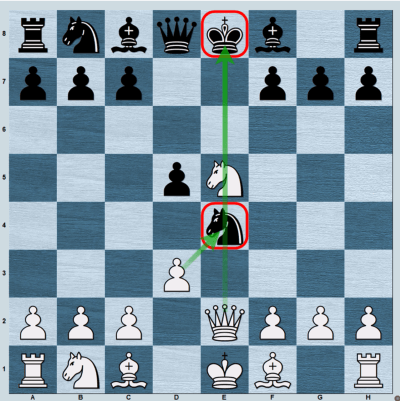 Not many people blunder. Rather everybody does! Even engines!

But what’s interesting is that everyone’s blunders are very individual.
Some players miss lots of forks, some miss lots of backward moves, and some blunder moves along diagonals.

Personally, I know that most of my blunders are backward moves with Knights ? It’s important to find which type of mistakes you’re making the most – only then can you decrease the chance of repeating similar blunders in the future. For reducing blunders from your game, watch our BlunderProof course. You'll find a lot of valuable advice and action tips to implement there.

How to Analyze your Blitz Games in 3 Steps

Well, you need to analyze them, but not very deeply. After all, they’re still blitz games.

Here are my 3 steps:

And make sure to follow my golden method and restrict yourself to playing just 9 games! ?

Did you play everything correctly? Compare it with your PGN file to find out.

If your opponent played a move that you didn’t know about, and it doesn’t exist in your files, book, or in the course, you learned from, then pause and think what the correct way to respond would be. Often engines can help you. But if you don’t understand why it offers that particular move, ask for help.

It could be from your coach, training partner, or a friend who’s rated higher than you. Or if you have the PRO Membership, you can ask in our forum’s PRO Members channel.

Very briefly, check your games with chess engines. You shouldn’t care about all the moves it’ll offer, the evaluations, etc. Leave it running for too long and it’ll say that all your moves are wrong! ?

Only check when you blundered something.

For example, if the evaluation was += 0.50, and after your move, it became +4. This way you’ll improve your tactics. You won’t just be solving a puzzle, but you’ll be learning from a position where you failed. It’s much more effective.

Also, watch the video below to see the step-by-step process of how I would analyze my blitz games.

My Blitz Match vs GM Naroditsky

Recently I was playing a match against GM Daniel Naroditsky.
In one of our games, we came to the following position: 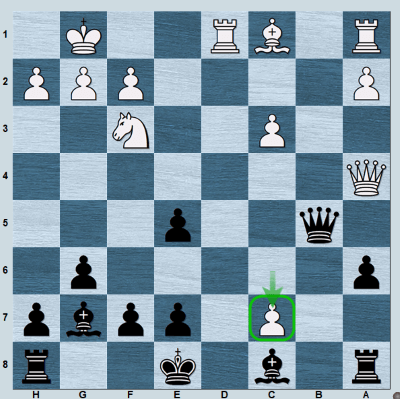 This is actually a theoretical position that occurs from the Rossolimo.

I couldn’t remember what I had analyzed and played 16...Bd7.

He played 17.Qh4 and after 17...Rc8 he had problems with his pawn on c7. Later I won the game. If I didn’t download and analyze my games from the match I might have thought that I did everything well and won the match...

I was looking at the position and didn’t understand it. Then I asked for help from my monster friend – Stockfish 13. 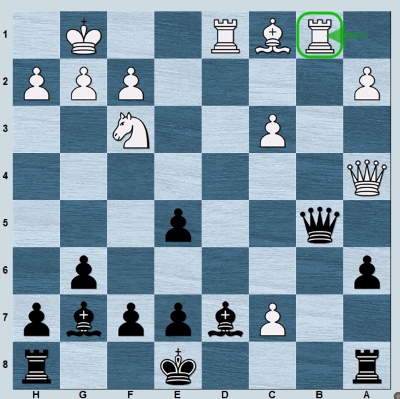 If I didn’t check my game, I would repeat my mistake in future games. But now I learned a tactic that was not in my unconscious competence at all.
Also, I’ll not repeat the opening mistake.

Don’t underestimate the importance of learning from your blitz game, you’ll find and learn from many common mistakes you make. Just don’t analyze them too deeply. Check your opening play and look for blunders and missed tactics.

By doing so, you’ll be ahead of 99% of your competition. And your rating will not be the same after a few months.

P.S. Do you analyze your blitz games? Will you start doing so now? Share your thoughts in our forum.