The 1st forum, where all the questions will be directly answered by Grandmasters!

The 1st forum, where you’ll be rewarded for your answers!

The best games of June 2021 and the prizes

Hello ChessMood family, hello champions and future champions!
Welcome to the "Best games of June 2021" competition.
Under this post, we invite you to post your best games that you will play this month.

P.S
Here are the winners of May:

Hello ChessMood Family!
Now I'm adding model games in each section of our course, so you have a better understanding of the positions. Some of them, I'll also add in the book, that I'm writing now (later about that.)

Why did I write this post? :)
If you played nice and instructive games with our ChessMood openings - please post here.
I would be happy to add them as well.

P.S
The first course, where I'm going to add model games, gonna be the Scotch game. If you want to make a research in your games, start from the Scotch :)

Hello, champions.
Here you can find sparring partners.
You can write, for example,

Or even more specific like "I just finished the Caro-Kann course and I'm looking someone to play a friendly sparring games".

Hello champions and welcome to the ChessMood team!
We all are from different countries, different ages, have different professions... But one thing bounds us - the passion for chess.

Champions, we'll grow together and keep a warm relationship in our team.
Please tell a bit about yourself in this post.

The best games of March 2021 and the prizes

Hello ChessMood family, hello champions and future champions!
Happy New Year and welcome to the "Best games of March 2021" competition.
Under this post, we invite you to post your best games that you will play this month.

P.S
Here are the winners of February:

NEW ARTICLE: 5 Easy Steps to Evaluate a Chess Position Like a GM

We have this topic in our Blog.
https://chessmood.com/blog/evaluate-chess-position

I thought I am winning as white. But share your evaluation and also the reason.

Caro Kann - what line is best after Qb6?

Hi Coach!  In the course, the recommendation is Qxb6 but I am not sure about that if black does not play e5.  But in the section "model games - the endgame" Na3 is preferred.  But even there, it seems to me that black does not need to drop the N back passively but can play Nc4.  What line should we use?

My record at Rapid with the Chess mood White repertoire is rather good. For example Grand Prix attack 7 wins 1 loss. It was particularly good with the Scotch game but with some scary open 'knife fight ' type games. However, I've just lost a couple of games where my h&g pawn  push from the f3 spring got blocked and my opponent crashed through on the queens side after his own pawn push.

So with the Queen on e3 blocking the d2 bishop and the f1 bishop not doing much and so many moves to pawn roll on the K-side it seems Black is doing well ? I need some ideas, as my confidence in this Qe3 and quick queen side development has been hit.....................

In the main section, after 7...Qb6 the course analyses quite deeply 8.h3 with Na3 following - white gets a good position after 10...e5.  But instead of 10...e5 it seems to me that Kd7 is absolutely fine, and a game I just played went this way with no advantage for white.  In the model games section, however, Coach says he prefers 8.Na3 to h3 so I am trying to decide whether I change my Chessable database line.  In that model game, though, Coach says that black cannot go 11...Na5 because of 12.b4, but I see nothing wrong with 12.b4 Nc4.  Also, in this line, instead of 10...Be7 it seems to me that 10...Bh5 is better.   What should be the ChessMood repertoire line be after 8...Qc6?

Coach, any plans to expand the Alekhine course to cover 4...dxe5?   Hope so!  I have a friend who plays it against me and it is quite a tough line to crack!

In this position, the video commentary (4:30) mentions a big advantage and a plan of d4 Rf3, Rxe3.

Unfortunately both my own analysis and computer analysis / matches puts this into doubt and perhaps this is one reason the Nb5 line doesn't appear as a widely considered option.

The position is R + 2P (3 if the e3 pawn can be captured without any loss) vs 2B. The problem is the concrete nature of this position, lack of open lines for White's rooks, lack of easily accessible targets (aside from e3) for White, the power of Black's 2B working together, and the fact Black has an extra piece of wood (ignoring the pawns) taking away any ideas of sacrificing back an exchange say.

The computer gives this position slightly (varying up to half a pawn) in Black's favour (though closer to equal with more chances for Black, but some too for White, is my own feeling). Black's plan is Kg8 and then Rc8 or f8. If White plays Rf3, then Bh6 attacks f4.


There are some different moves playable earlier, which might give White a very small edge and therefore keep the line alive in practical terms over the board, but again the computers make a lot of draws.

I'm not sure until this is resolved that the theory can be claimed to have been changed. Even if 12... a6 might not be found (not that it's not an obvious candidate), it only needs one game of yours to get in a database and this line will be found by the next person prepping a defence against you.

Is there any concrete analysis to support the claim of a 'big advantage'? 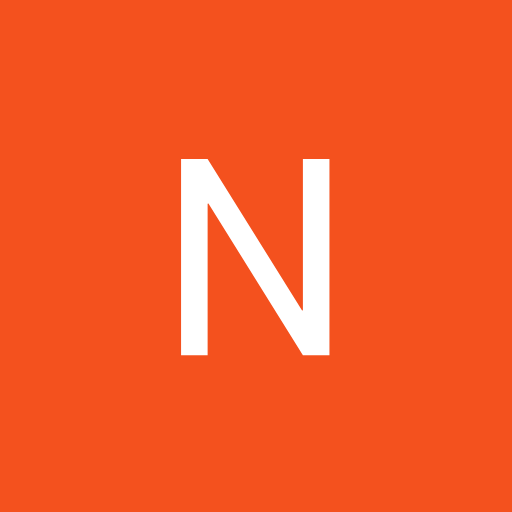 Webinar: "Rook vs Pawn" Tournament Coverage - has been postponed

This has just been announced in the Facebook Messenger  "PRO Members" chat group.

I know it's so early to ask you guys about your goals of 2022. But is it still possible for you to write your long term goals? I will share my goals soon.

In the video course for Pirc when I went to download PGN it was the wrong one (Scandinavian).  Can you guys correct it please?

NEW ARTICLE: Analyzing Blitz Chess Games: Why? And How to Do it!

We have this topic in our Blog.
https://chessmood.com/blog/analyze-blitz-chess-games

I was following this event and watched live commentary. From which I selected model games and also made tests based on it. Tomorrow I will upload a pgn which is based on tests+ full games .  So those who wants to test their skills can download it tomorrow and check your calculation as well as instincts and endgames and tactical abilities. Thanks and good luck in your chess.

You should open tests first then go to the game. So it will be easy for you to answer the tests well. I used chess.com's commented games as reference and also chess.com commented those games which were famous and also amazing during event. So all games are not gonna be commented but still the tests will test your overall skills.

Inspired by Abhi's Idea, I am also making a pgn of most critical moments (tests) of this tournament

I have a doubt in the benko gambit.. In the session e4 we attack the e4 pawn with f5 pawn after exchanging queens. But no Gms recommended to support e4 pawn with f3.. What if white doesnt capture f5 wid e4 so that it doesnt isolate d5 pawn..

What would be the recommendation for White from ChessMood? Nigel Davies, in his Grunfeld book recommends to 1.Nf3, 1...g6 2.e4 d5 3.exd5 Qxd5.

This channel is only for PRO Members.