The Most Effective Way to Create Chess PGN Files

The right way of creating pgn files will turbocharge your opening preparation. You'll remember the variations better and understand the opening strategy deeply. 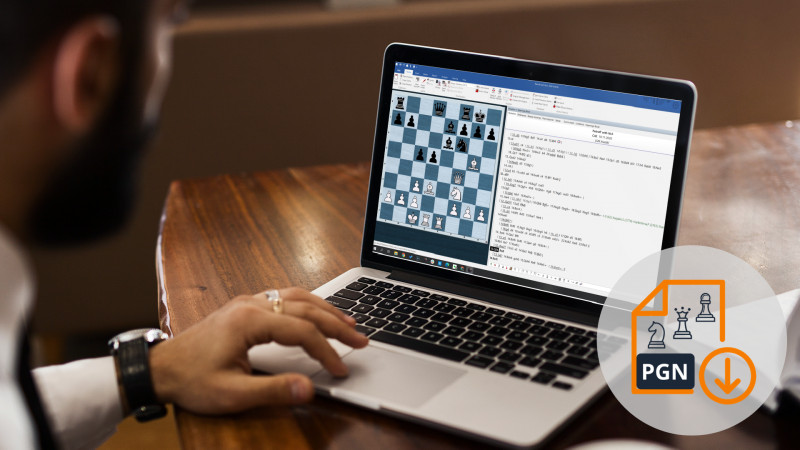 Have you heard the joke about PGN files?

“Well, I’m glad you asked...I can play the Queen’s Gambit, the Nimzo Indian, the Grunfeld, the King’s Indian, and of course, the Semi-Slav.”

On the one hand, it’s quite funny, but on the other, it’s quite sad. So many chess players genuinely believe that if they have the PGN of a particular opening, they already know it. And, if a friend of theirs has already watched a course and created their PGN file, they simply ask them to send it their way so that they “know” the opening too.

In the best-case scenario, they try to study the PGN and memorize the lines, but ultimately this proves unsuccessful most of the time.

As we’ve already discussed in our article about memorizing variations, you don’t actually need to memorize variations. You need to understand them.

In this article, we’ll speak about the reasons why you shouldn’t use other people’s PGN files and the best way to create your own.

You wouldn’t wear your friend’s small t-shirt, would you?

When the size of your t-shirt is XL, you can’t wear the t-shirt of your friend whose size is S. And likewise, he can’t wear yours either.

The same is in chess.

Walk in your own shoes

The number of variations you learn and the depth of your opening preparation will vary based upon your chess rating.

For example, it’s fine if a 1500 level player memorizes and understands the ideas of a particular opening until move 10, a Grandmaster goes deeper until move 25 and a Super-Grandmaster in the top 10 of the world analyzes all the way to move 40.

But if your rating is 1500 and you try to understand or remember opening variations until move 30, it’s going to be virtually impossible and, on a practical level, completely pointless.

Also, some people need to know all the ideas of a particular variation before playing it. And some people are very confident in themselves and require a minimum understanding of a specific opening variation or position. Both cases are fine. People are different, and they learn differently.

A tale of 2 Grandmasters

Last year, one of my Grandmaster students asked me to teach him the Modern Benoni.
But rather curiously, we spent a few months doing this when usually it takes a month at the most. The thing was, he was hungry to learn all the variations up to almost the last move, and the following day after each lesson, he had dozens of questions.

Around the same time, my friend GM Gabuzyan asked me to teach him the Modern Benoni too. What was very funny is that we finished it in two weeks!

In the middle of the variation, he kept stopping me and saying, “that’s enough, I’ll figure out the rest of it during my games.” Sometimes he would even say “that’s enough” at the very beginning of a variation when the theory is only just beginning.

And yet, he was feeling the positions very well. He had confidence in himself and it would be boring for such a type of person and chess player to go to the game knowing everything.

“Give me your opening analysis!”

Sometimes, I get a message from a ChessMood PRO Member, asking me to send them my PGN files, with very deep opening analysis. But what would they gain from them?

I’ll show you, for example, my Caro-Kann file.

This is just one file. And there are hundreds like this…

Could you memorize all of that? - Absolutely not.

But can I memorize it? - Not everything, but most of it, yes.

It’s not because I’m a genius – in fact, my memory isn’t even that great. But it’s because I’ve created the files myself, with my own hands and with my own mouse. I didn’t blindly copy the file from somewhere else but instead, I took the time to understand the ideas behind each move.

Now, do you still want to blindly copy-paste?

Sure, computers can do that  – but our brains can’t (at least not yet, maybe in 10 years or so Elon Musk will invent something).

Create your own files

One size doesn’t fit all

Very rich and very successful people rarely buy a suit at a store. Instead, they have them tailor-made. It’s more expensive, but it fits much better.

The same applies to chess. Players have their own distinctive styles. Some find it easy to memorize lines, others find it much harder. Moreover, everyone has their own unique techniques for learning new things.

If you use the same PGN file as someone else, you’ll end up wearing a mass-produced suit that isn’t built to handle your unique characteristics as a chess player.

In our article about memorizing variations, I’ve already shared the best way to create your own PGN files if you’re watching a course.

You can do the same if you’re learning something from a book or a coach.

In the beginning, your PGN files might be small, but with time they’ll become bigger and bigger - along with your growth in chess.

For example, if you’re learning to play the Grand Prix attack for White and your level is 1200, your PGN files might look something like this:

See the right part of the image? There aren’t many variations. The PGN file is quite short.
Just brief notes on how you start the attack, which you can review before the game.

When your rating grows, and you start learning the same opening deeper, your PGN file might develop into something like this: 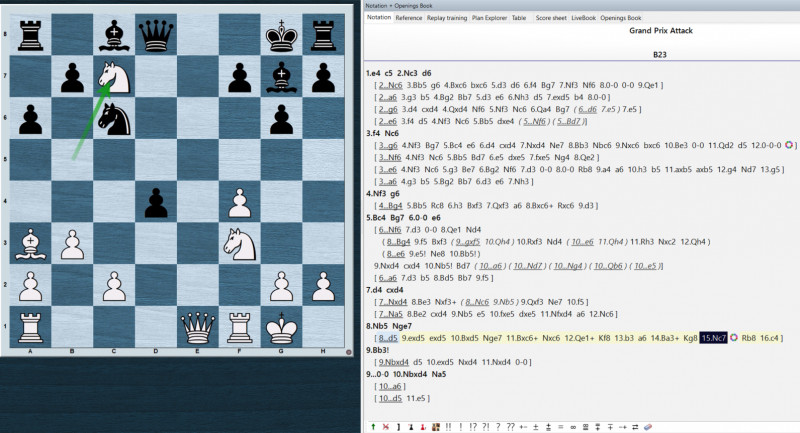 Otherwise, if you just ask for a PGN file from your friend who has already created his own files, or from a Grandmaster who designed a course, and they send you something like this:

… you’ll just have the file, you’ll be happy at first, but in the end, you won’t understand it and won’t benefit from it at all.

Why are there websites that provide the PGN files?

In my podcast with Ben Johnson, I talked about this topic.
Many websites offer you courses and materials that you want.
And all smart marketers know that “Do you also offer the PGN file?” is the most common question that people ask before buying a course. So they also provide the PGN file.

That’s okay, I don’t blame anyone.
But our approach is different. We don’t give you what you want, but what you need.
We don’t sell you something and wish you good luck. Our success isn’t measured by our revenue, but our students’ success.

If they had a course and had the PGN file, they might be happy at first.

But in the end, when they don’t learn much, or when they can’t memorize it and they don't grow then all their time and resources are wasted.

So you don’t provide PGNs?

We do! And we give the PGN file + homework.
Below you can see the PGN example file we give with the Petroff Defense.

We want to be sure that our students don’t forget to input a variation, but at the same time, we don’t input all the moves. Instead, we include questions to help you complete the file and maximize your learning.

What if it’s a middlegame or an endgame course?

Again, we do what we feel is most effective for our students.
For example, if we’re talking about our course “Commented Classical Games”, we provide a full PGN file with diagrams of the most critical positions.

But we also offer a quiz on chess classics so that in the end, our students can test their acquired knowledge.

If it’s a theoretical endgame course, there will be a mix of written answers and diagrams, where you should try to memorize the right move and put it in the file.

Again, it takes time, but if raising your rating was easy, millions of people would be 2700+ players.

If you’re looking for shortcuts, then understand this…creating your own PGN files is going to be a big shortcut to understanding and memorizing the openings and variations that you play.

P.S. As always, feel free to share your thoughts on our forum.