The Myth About Chess Tactics and Solving Chess Puzzles

Should you only solve tactics to improve if you're below 2000 online rating? How much time to spend on puzzles? Find out in this article!

And the majority of the answers and the main advice is…
Can you guess it? Or maybe you’ve seen it already…

“Do tactics!”, “Solve puzzles”, “Below 2,000 level is all about tactics”, “Spend a few hours each day solving puzzles”, “Puzzle Rush!”, and many answers like this…

But it’s a big myth that below 2,000 level is all about tactics.

It’s already been said many times by the best players and the best generals of all times that strategy and tactics should walk hand in hand. 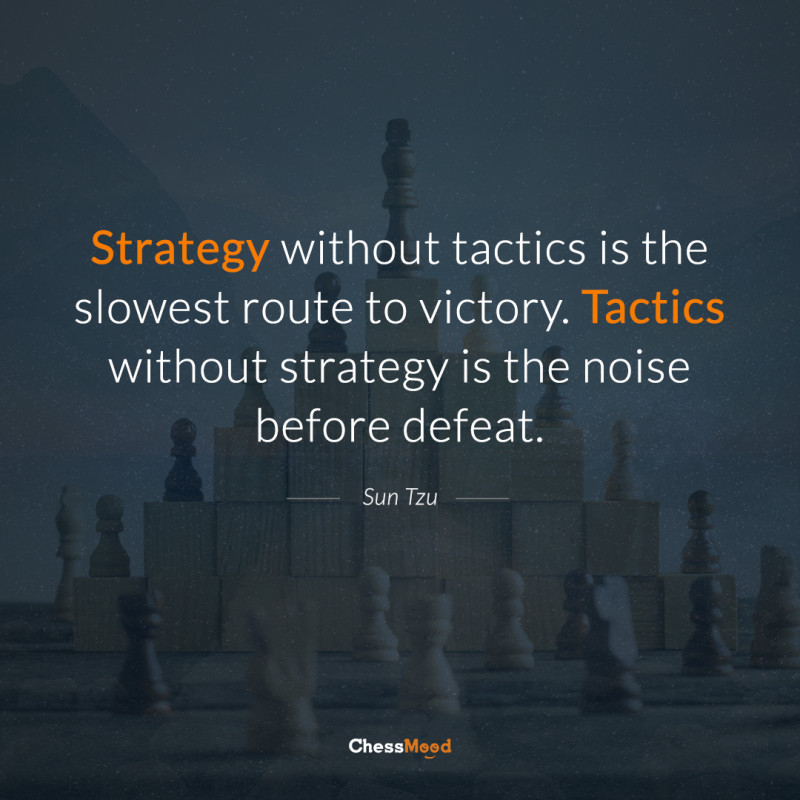 First, let’s see where the myth comes from.

The origin of the myth behind solving puzzles and tactics

Most online chess platforms have a built-in engine, where after your games, you can click the “analyze” button to show all of your blunders and missed tactics.

Unfortunately, they’re not smart enough (yet!), to show positional or strategic mistakes, such as when you weaken a pawn, make a bad exchange, choose the wrong plan, or make a decision that may be right but isn’t practical.

And because the engines are only able to show blunders and tactics, many chess players naturally think “Ah… my tactics are weak. If only I could improve my chess tactics…”

And what do they conclude as a consequence?

“If I start doing puzzles for 6 hours a day, I’ll see all the tactics during my games.”

Furthermore, they give the same advice to others.

“Do puzzles, do tactics, work on your tactics...”

If only chess engines could highlight all the strategic mistakes, the picture would be totally different. 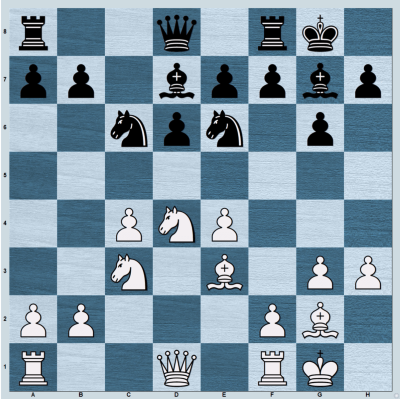 In this position, if you play 13.Nxc6 the engine won’t tell you what kind of a bad strategic move it is.

It won’t explain to you that after 13...bxc6 your opponent’s pawn will come from b7 to c6 – a much better position.

It won’t explain to you that you will lose control over the “d5” square and will open the “b” line for your opponent’s Rook. 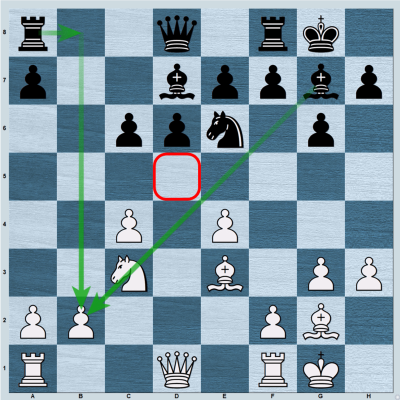 And it won’t tell you that in the initial position you have a space advantage, which means that you should try to keep your pieces! (This is something we call “The Room Concept” which our students know about from the Maroczy Bind course).

As a result, the best move in the position would actually be to play 13.Nde2! – keeping the pieces on the board. 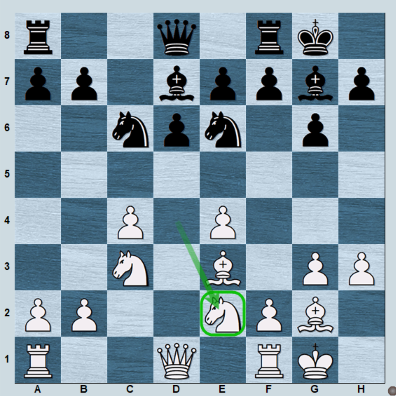 If you played 13.Nc6? and without knowing what a bad move you did, in a few moves you can come to the next position. 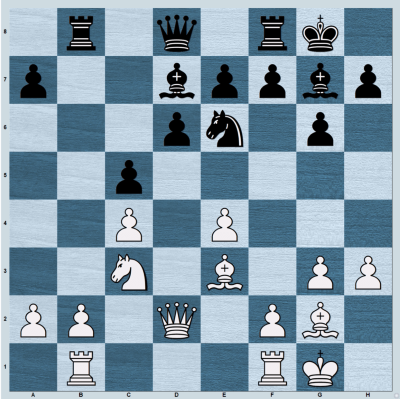 Later in the same game, after both sides have made some strategic mistakes, you arrive at the following position… 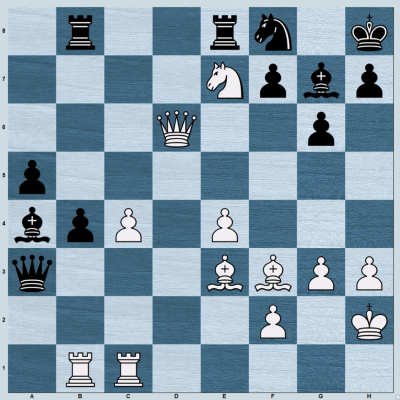 Unfortunately, at the end of the game, you could easily come to the conclusion (for which it’s tough to blame you), that you played very well, but that only if you’d seen 24.Ra1!...or only if your tactics were better, you would beat everyone…

While no one tells you what kind of terrible strategic mistakes you made earlier, and that you should work on strategy as well…

While checking your games at the end of a playing session, you pass through the following positions: 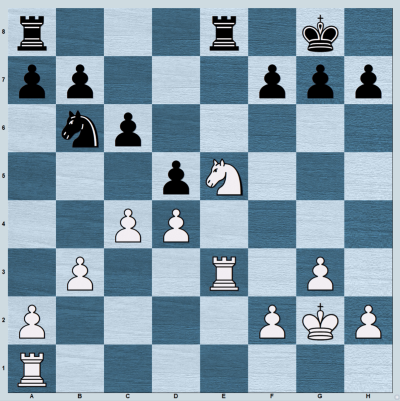 … Where you played 1.cxd5. A horrible strategic move where the engine doesn’t tell you how you weakened your d4 pawn or how bad it was to give your opponent the d5 square, while the knight on b6 was misplaced… 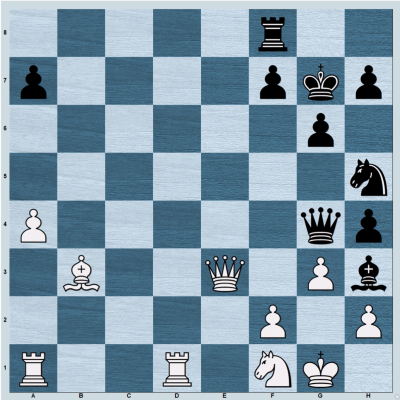 Here, where you’re a Rook up, but you are so greedy that you decided to take the free a7 pawn, the engine will tell you “not bad, all fine”, instead of explaining to you, that you’re a Rook up! You just need to neutralize the opponent’s initiative, and therefore the most practical move here was 1.Qd4+ exchanging the Queens...

And then you check your next game... 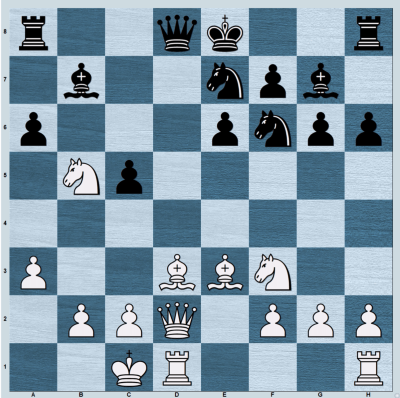 Where you retreated the Knight playing 1.Nc3.

You again come to the natural conclusion that your main problem is tactics.

You subscribe to some platforms for solving puzzles, you buy all the books about improving your tactics, and you commit to solving puzzles for 8 hours a day…

Furthermore, you give the same advice to all your friends and whenever you see a post on a chess forum or Facebook group, titled, “How to become a better chess player”, you leave all your things and hurry up to answer, “Solve puzzles, my friend.”

You work many hours every month, solving puzzles over and over again, but you still make blunders and miss tactics and are confused about what you’re doing wrong.

You conclude that you should work on your tactics even harder…

Missing the key points – that your tactics will never become perfect (soon we’ll discuss why), that your openings are very weak and that you play them without knowing the plans and the ideas of the positions you’re getting.

That your endgame is very weak and whenever your opponent exchanges the Queens, you don’t know what to do next…

That you don’t know how to play with a two-bishop advantage, or how to use your pawn majority, or how to convert winning positions.

This is a trap that many people fall into.

It’s not that you shouldn’t solve puzzles or work on your tactics. Solving tactical puzzles does improve your tactical vision.
But don’t overdo it to the point where you ignore other aspects of the game… 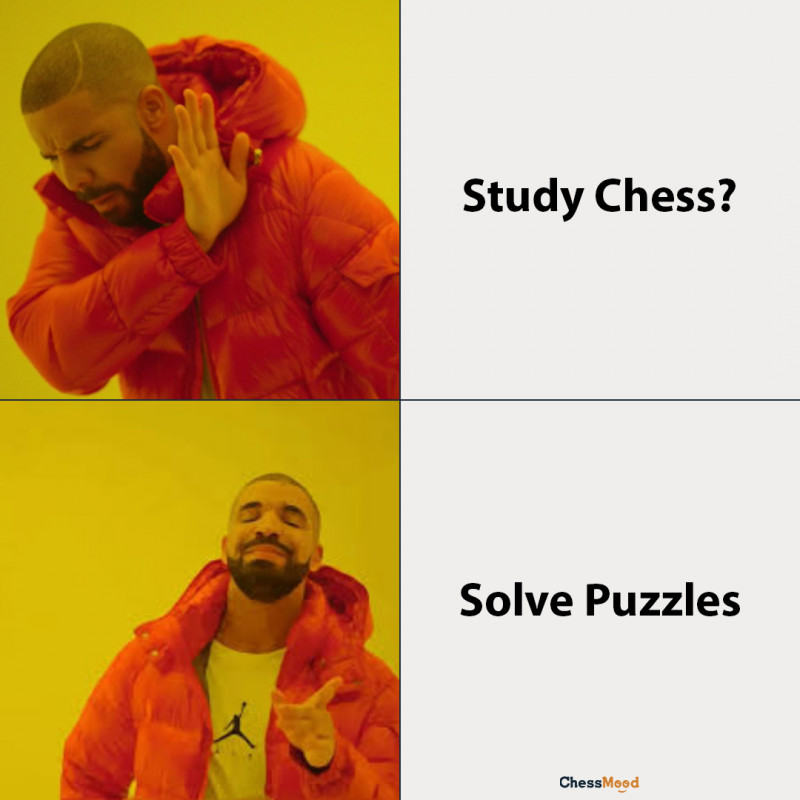 Why your tactics will never be perfect?

For example, you can learn the “Philidor position” and know 100% of the time how to make a draw.  Or you can achieve perfection when learning the skill of checkmating with a Bishop and Knight.

But you can never achieve perfection in tactics.

Carlsen, Caruana, Aronian, and all the best chess players in the world are very, very good at tactics. You can’t imagine how fast they see them. But still, they make mistakes, they miss tactics…

In the same way, you can’t achieve perfection in positional chess. You can become better and better, but never perfect.

Otherwise, you would be the chess God 🙂 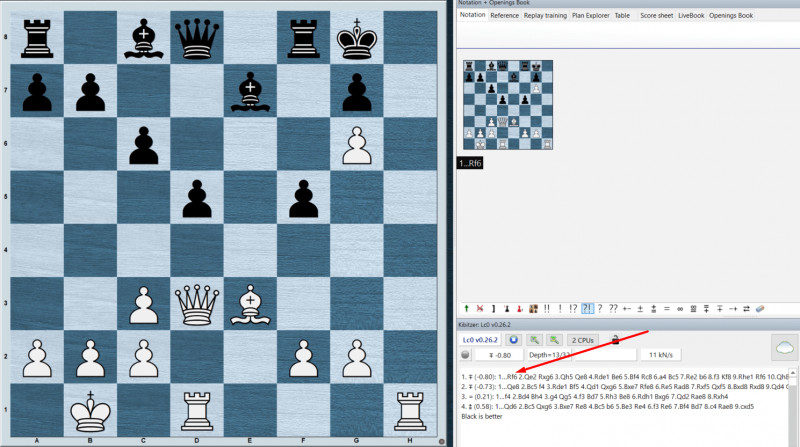 Look at the position above. Here one of the strongest modern engines offers 1...Rf6 – a move, which instantly loses.

Even if you give it a few minutes to think, it still doesn’t see why.

Instead of showing an advantage for Black, later it shows that the position is equal, missing the tactics, which for example Stockfish sees instantly.

Can you see it? 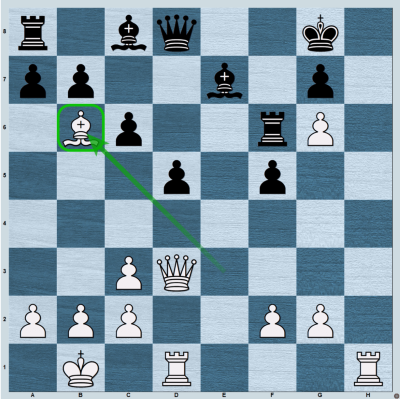 If even the engines’ tactical vision isn’t perfect, why do you think that humans can achieve perfection

Solving puzzles and improving our tactical knowledge is very useful, but remember that you’ll never be perfect and you should live with it. (Until the modern crazy scientists invent magic pills 😀)

Is it fun or effective?

Another reason why people stick to solving puzzles is that it’s fun.

It’s much more entertaining if you can solve a puzzle and see a nice combination, than study games of great’s like Rubinstein or learn boring theoretical endgames.

It’s also tough to stop. You solve one puzzle, then the next one, then you solve the next one which is a bit harder. Your mood is super now. And you want one more!
Then you fail the next one…

“Stop it and go to learn the ChessMood openings? Okay, let’s do that, but after I solve three in a row”… After a few hours, you see it’s already evening, you’re tired and your mom is calling you for dinner.

This is a trap that many chess players fall into.

My advice: Before you start solving puzzles, decide how long you’ll be doing that.
15 minutes, 1 hour or until you solve it… Whatever. Just decide in advance and don’t say later that you don’t have self-discipline, and that instead of 15 minutes, you spent a few hours.

How much time should I spend on tactics? How many chess puzzles in a day?

It depends on what your strong and weak points are in chess, based on your current level and other factors.

I have students that I recommend working on their tactics for just 10% of their learning time, I have a student to whom I recommended spending 50% of his time on tactics, and also students whom I recommend solving tactics just for a warm-up before they start their training session in order to keep their mind sharp.

The main point is that you shouldn’t underestimate the strategy.
Learn classics and read good chess books. If you have a ChessMood membership, spend time on the “Classical Chess Games” video courses.

Please, please, please… don’t believe the myth about tactics and don’t fall into the trap of solving puzzles for countless hours.

Knowing that your tactics will never be perfect, you shouldn’t give up. You should still sharpen your tactical vision. Just don’t spend all of your time on it, forgetting about the strategy.

Tactics and strategy are like twin brothers and you’re their father. Treat them equally, and both of them will cover your back. 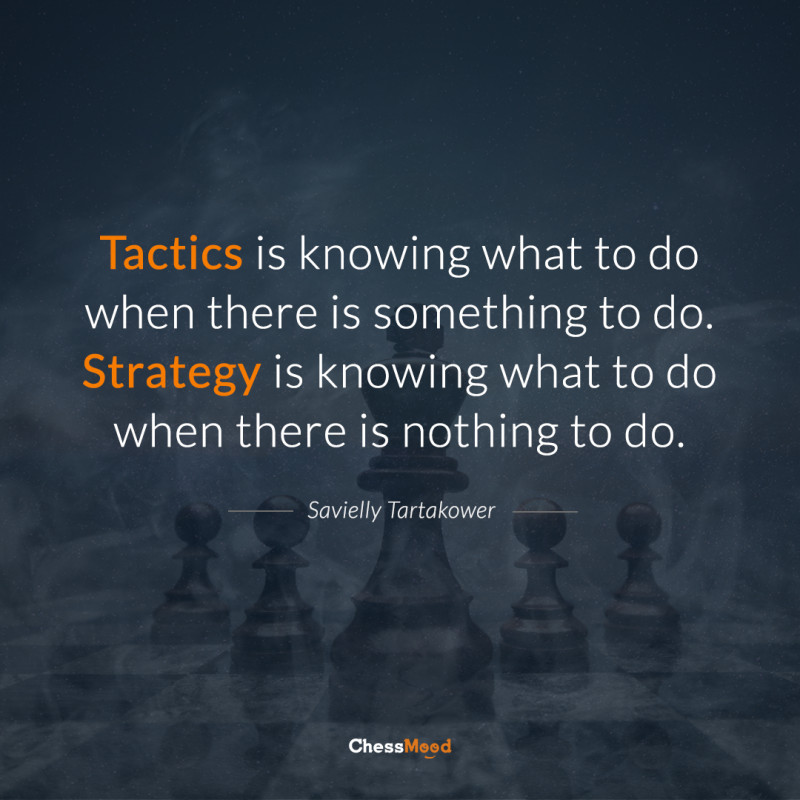 P.S. Have you ever fallen into the trap of solving puzzles all day long?
What adjustments have you made after reading this article?
Share them in our forum.