Find out how to defend against multiple threats in 1 move using the lifeline tactic. GM Johan Hellsten shows 16 examples on this chess tactic.

Chess tactics are full of different ideas and methods. We all know about forks and pins, discovered checks, and so on. But there are other, lesser-known ideas, which nevertheless hold great importance in practice.
One tactical idea which has always caught my eye is when you offer the exchange of one of your pieces for an undefended enemy piece, to escape from an adverse situation.

In his great book "Pump up your Rating", Swedish GM Axel Smith examined this tactic and dubbed it "the lifeline" – a name I believe to be very fitting!

In this article, I’ll show you some examples of successful lifelines which helped to save or even win the games in question.

Let's start with a simple one, which will give you a concrete idea about how this method works:

16 Examples of the Lifeline Tactic in Action 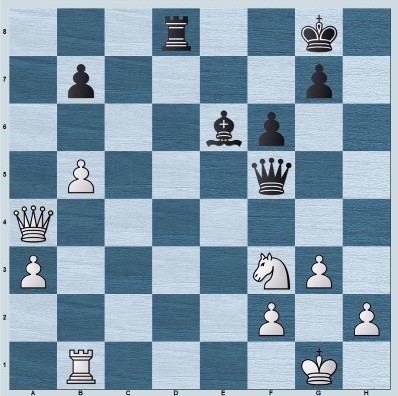 As you can see, Black's Queen is attacking the Rook on b1 and the Knight on f3 at the same time. How can we save both of them?

The lifeline! We offer the exchange of Rooks to indirectly protect the Knight.

White is playing for a win. 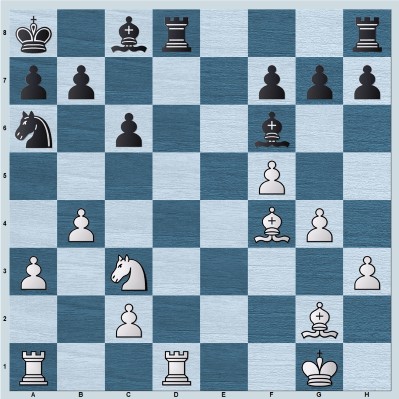 Knowledge of the lifeline would have saved White here. How can they deal with the pin along the a1-h8 diagonal? 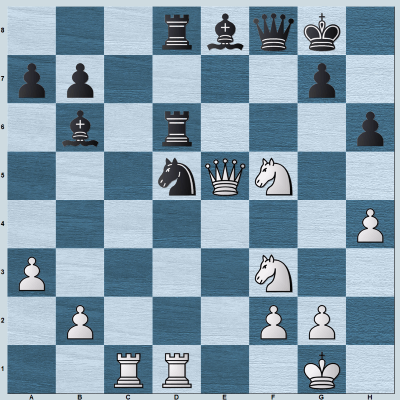 Black is up material, but the Rook on d6 is hanging, and the natural 25...R6d7? would allow 26.Rxd5! Rxd5 27.Ne7+ getting back the material. However, the World Champion found a much stronger move.

Another indirect lifeline! The Rook on c1 is not really undefended at this moment, but it would be after the planned 26.Rxd5? Rxc1+. No better is 26.Rxc6 bxc6, so Mamedyarov resigned.

The previous examples featured the Rook as the object for the lifeline. In the following ones, we will see the Queen in this role: 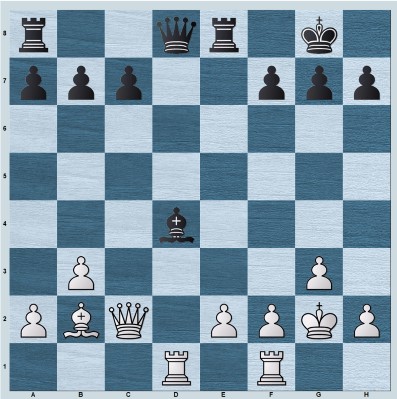 Unpinning the Bishop with tempo, thanks to the Queen on c2 being undefended. Black is OK, for example, 3.Qxc5 Bxc5 with an equal endgame. 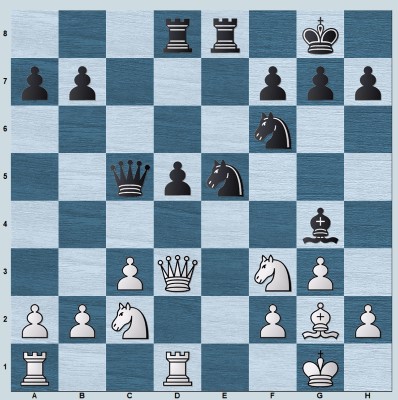 White seems to be in deep trouble, but if we look carefully we can see that the enemy Queen on c5 is undefended. Let’s exploit this fact! 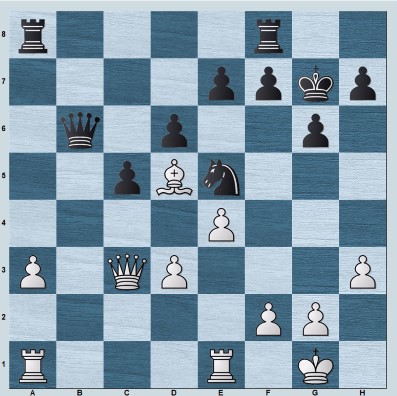 The double threat of 26.Bxa8 and 26.f4 seems hard to meet, but there’s a narrow escape. Can you spot it? 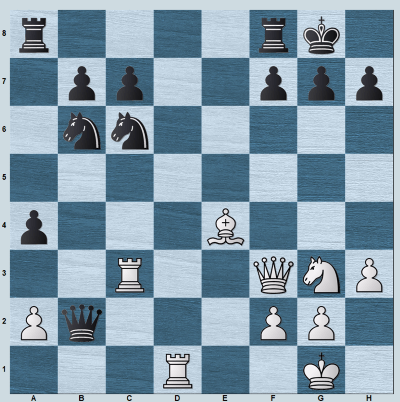 White launched a winning combination, partly relying on a lifeline.

Installing the lethal threat of 23.Nh5, which can only be prevented in one way.

This lifeline nets a whole piece. 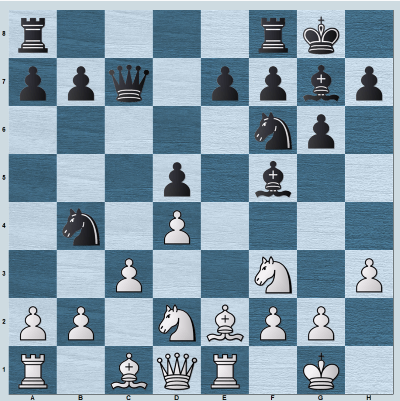 Black has just unfolded the nasty 11...Nb4! Things look bad, but White can avoid material losses, by using a lifeline.

De Jong must have thought that this meant losing the exchange, however...

White is definitely missing his light-squared Bishop here, but worse positions have been saved in chess history! 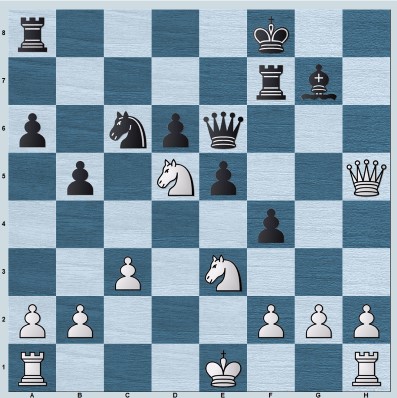 White's cavalry seems to be in some trouble here, however...

The lifeline does the trick again.

Black should have preferred 21...Qh6 22.Nf5 Qe6 with a repetition of moves. You might be surprised to find out that this position has been on the board more than 60 times in practice! 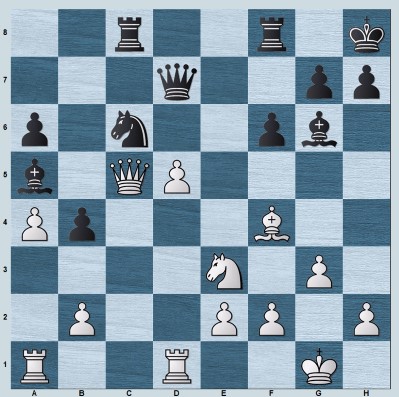 White has played in the spirit of the tournament's name (Offerspill = sacrificial play) and it appears that he will soon get back the material. But a closer look reveals that the Queen on

c5 is undefended, thus subject to a lifeline...

Black had a crushing advantage and went on to win. 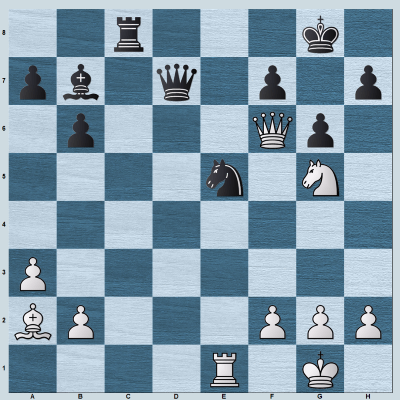 Also, the Bishop can be the object of the lifeline. Here Black could have kept the balance by exploiting their opponent's undefended Bishop on a2.

After 27.Bxd5 Qxd5 the Knight on e5 is untouchable due to the back rank mate!

Even in the endgame, lifelines sometimes show up. Here is one example: 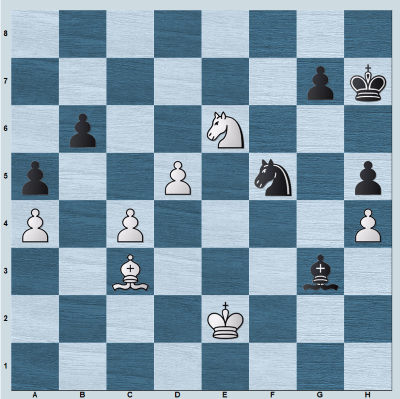 A typical breakthrough to create a distant passed pawn.

The two advanced passed pawns is one too much for Black. 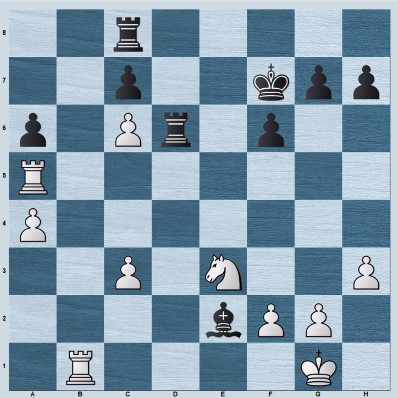 White is a clean pawn up, however, Svidler forgot about one small detail...

After 32.Rc5! Bd3 33.Rb7 White would have excellent winning chances.

The lifeline! Black can thank his stars that the Rook on b1 is undefended!

No better is 34.Rxb6 cxb6 attacking the other Rook.

Black is fine, and the game was later drawn.

Lifelines sometimes turn up in the opening as well. Here’s one example from the French Defense: 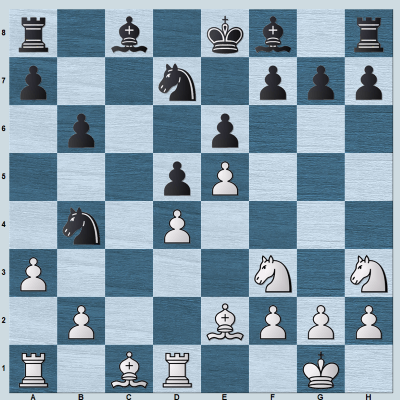 What should Black do about their Knight on b4?

Nothing! Thanks to the enemy Bishop on e2 being undefended, Black takes the opportunity to swap their “bad” Bishop. Instead 13...Nc6?! 14.Be3 followed by Rac1 would have favored White. 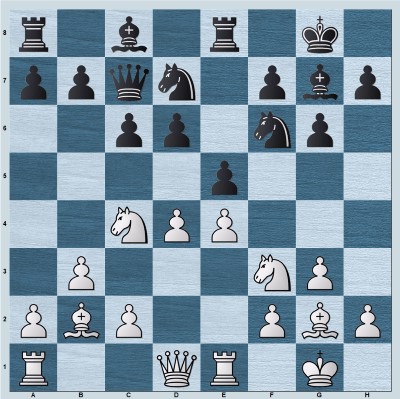 Correct was 11...Nb6. Black must have missed the upcoming lifeline.

Softening up the enemy queenside. The immediate 16.Bh3 was also strong.

Preparing Nc4, with a huge positional advantage. Those Bishops cut like knives!

And here is an early case from Trompovsky’s opening. 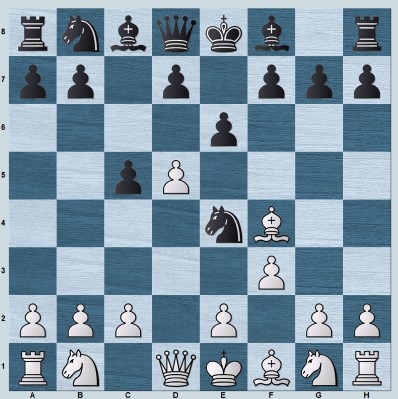 Nowhere! Thanks to this lifeline, Black accelerates their development and eliminates their opponent's "good" Bishop, since 6.Bc1?? Qh4+ is not advisable for White.

A complex battle lies ahead.

I hope you enjoyed these lifelines, and that you can soon use this knowledge in your games! Good luck!

P.S. Have you seen this tactic in your games before? Share your thoughts about the article in our forum.
P.P.S. Also, check out our course Tactic Ninja. This comprehensive chess tactics course will teach you all the most important tactics, and give you the framework to notice tactics in a real game, in a structured form.