Theoretical Rook Endgames - All you Need to Know U2000 Level

What are the most important Rook endgame concepts that players below 2000 rating should know? GM Gabuzyan shares what they are in this article.

One of the most painful moments in my career happened when I was 11.

I was playing in the Armenian National Youth Championship. In the previous year, I had a big failure in this same tournament. So this time, I had trained hard and was ready to compete for the title.

Everything was going as planned, a win in the final game would make me the champion and give me a chance to play at the World Youth Championship. At that time, it was my biggest dream (Until I grew up and realized what a sports car is😅).

I was very close to winning the last round, where I had the following Rook endgame position. However, after mistakes from both sides, the game ended in a draw. If you know the basic positions and techniques of Rook endgames you can instantly figure out what went wrong in the above game (we’ll come to it later).

Unfortunately, my training at that time focussed too much on learning middlegames, some general chess concepts, and not the endgames…

After that draw, I mentally struggled a lot. With a disheartened mood, I went to my coach and asked, “What have I done wrong? Why did this happen?”

Coach reminded me, “Remember I once said, how important endgames can be…?”

“Yes, but there are so many endgames, and I hate learning them… So what should I learn?”, I asked.

What he said next changed a lot for me. I even smiled through the mental tears. He said, “At your level (I was rated about 2000), you don’t need to know all the possible endgames. Instead, we’ll learn a set of positions that will be more than enough and cover your back in the different endgames you get!”

I had paid a big price for not properly knowing Rook endgames.

So with a desire to not make the same mistake twice, and with the help of my coach, I decided to train endgames weekly, giving special emphasis to Rook endgames.

Before studying Rook endgames, learn this

Surprisingly, with my coach we started with the pawn endgames. And there was a big reason for that. In the article on must-know pawn endgames, I’ve explained why. I’ll reinforce it again here with 2 examples.

In both the positions below, it’s Black to move.
What will be your decision – To exchange the Rooks or not? 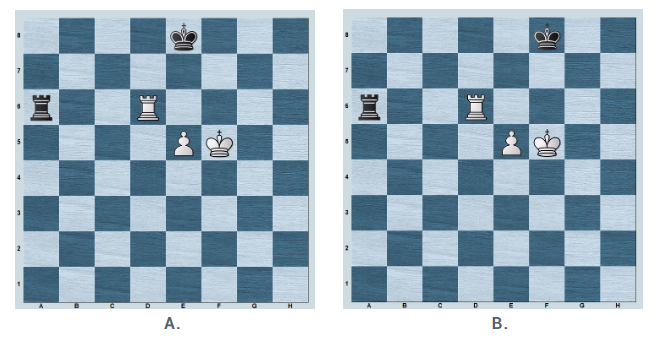 If in position A, you played: 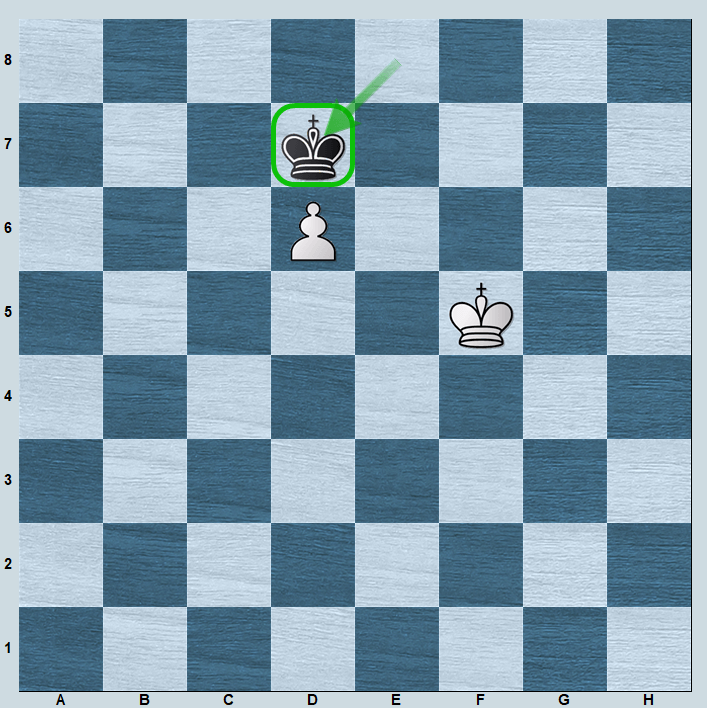 While in position B, capturing with 1…Rxd6 2.exd6 leads to an absolutely lost pawn endgame position, where White will promote in a few moves. 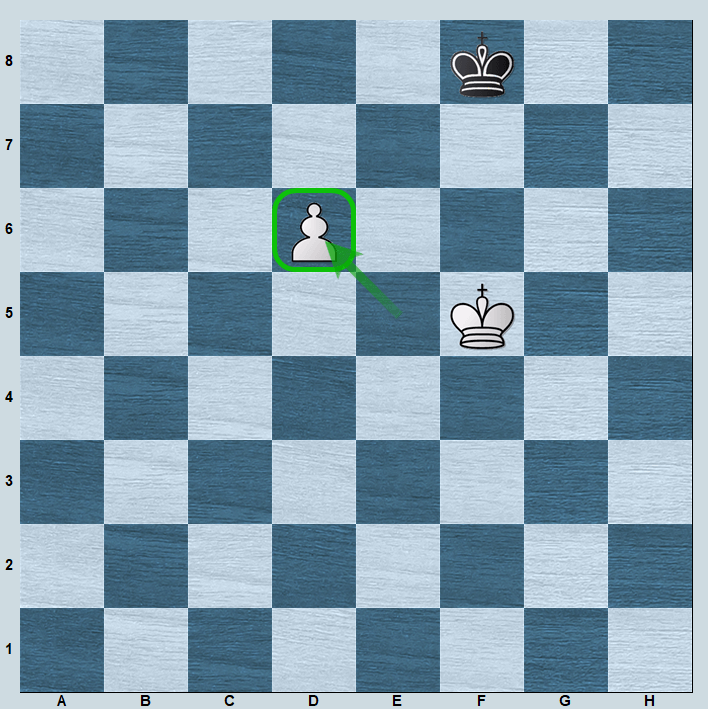 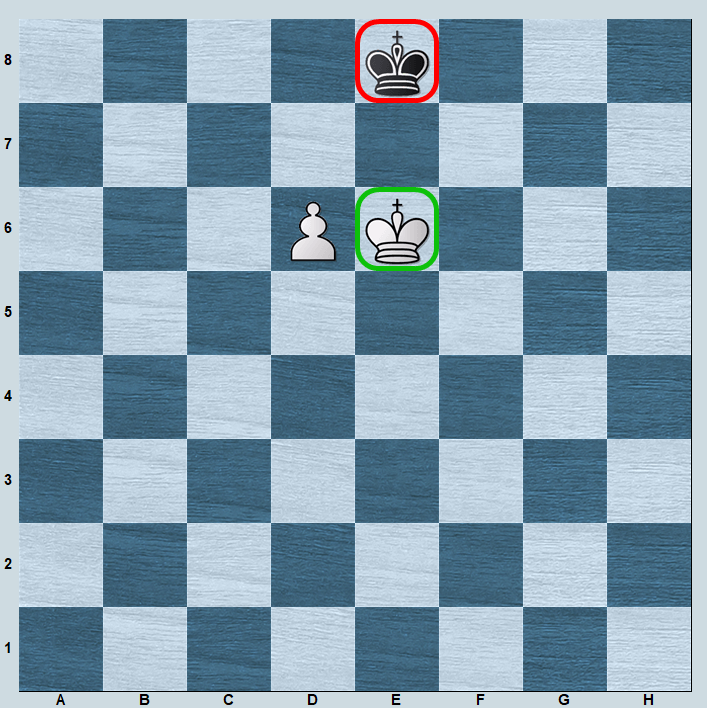 Since it’s Black’s turn, they have to give up the opposition, and it costs them the game.

So instead of capturing the Rook in position B, there are several options to defend. Easiest is to keep the Rook on the 7th rank with 1…Ra7, and if the White King steps on the 6th rank (e6 or f6 squares), give the checks. You will understand these details later on.

My point is this – If you knew the fundamentals of pawn endgames, you would’ve known whether to exchange Rooks or not in Rook endings.

Why learning Rook endgames is so important?

Let me share with you the conversation we had another day while training endgames:
I asked my coach, “Why do Rook endgames occur more often than the other ones?”

He smiled and said, “The Rooks are the last pieces joining the game.”

Damn it! That’s so right! The minor pieces and Queens are often exchanged before the Rooks, which is why Rook endgames often occur. So there is nothing very surprising about the fact that I got that position in an important game!

As mentioned previously, Rook endgames are a vast topic. The good news is you don’t need to know every position, GM-level theories, or super advanced ideas.

Instead, I’m going to share all that my coach taught me that was enough for the U2000 level. We will see the main defensive and attacking techniques, and learn important ideas.

Let’s go ahead and begin!

Here we will see several defensive ideas. Generally, the defending side wants to have the King in front of the pawn to be able to stop it.

Let me show you what happens if the defending king is far away or very much behind the pawn. 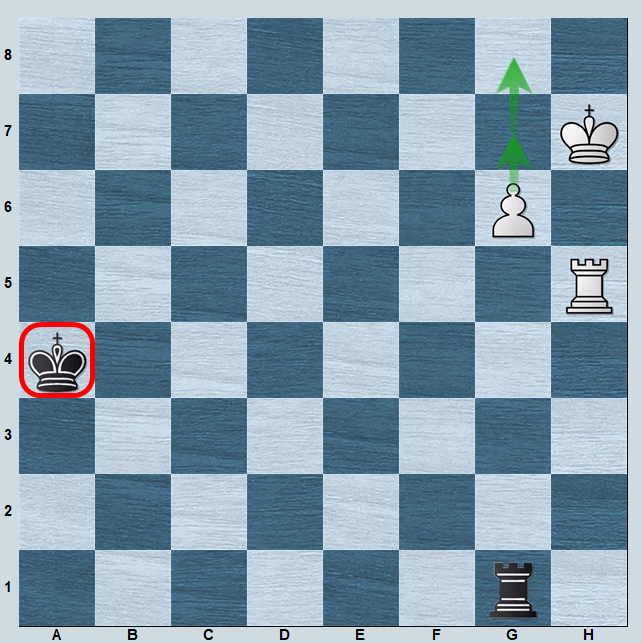 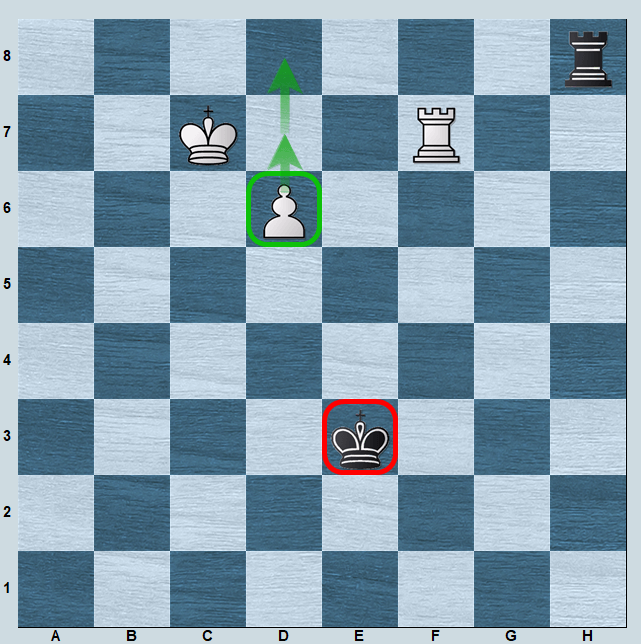 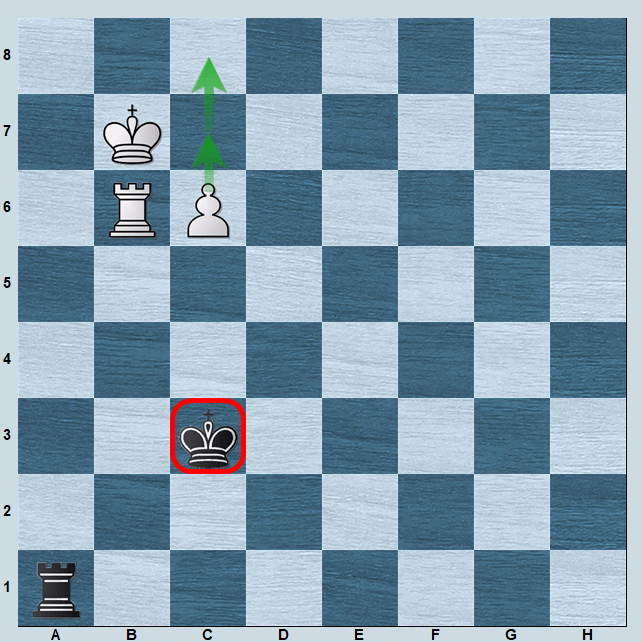 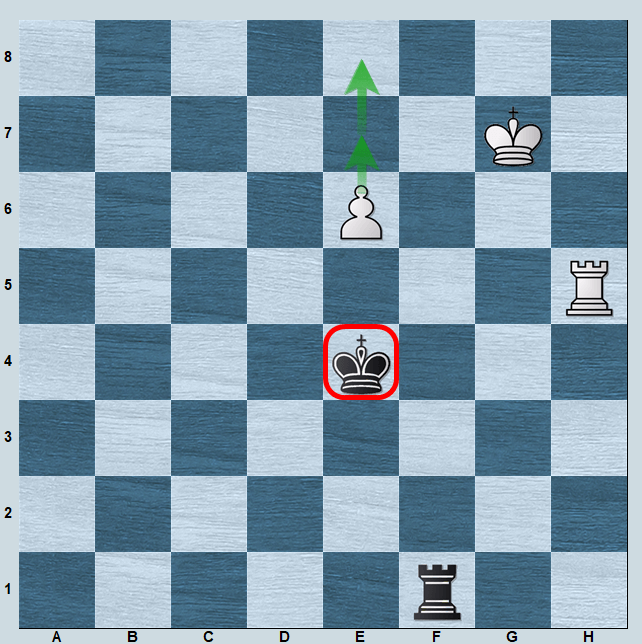 With the King very much behind the pawn, it seems impossible to prevent the pawn promotion.

Now that you know this, we’ll see positions when the defending King is in front of the pawn. Let’s begin with one of the most famous and important Rook endgame positions.

Named after François-André Danican Philidor, the Rook endings you see below occur frequently. The side with a pawn advantage tries to advance and promote, while the defensive side prevents it. 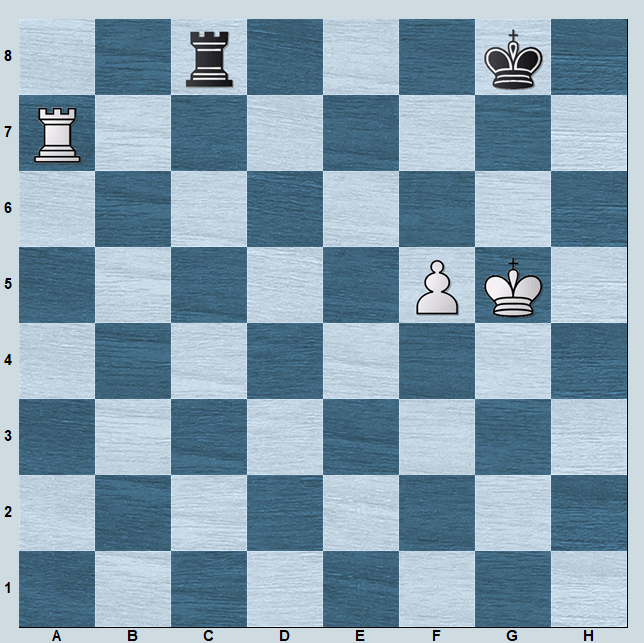 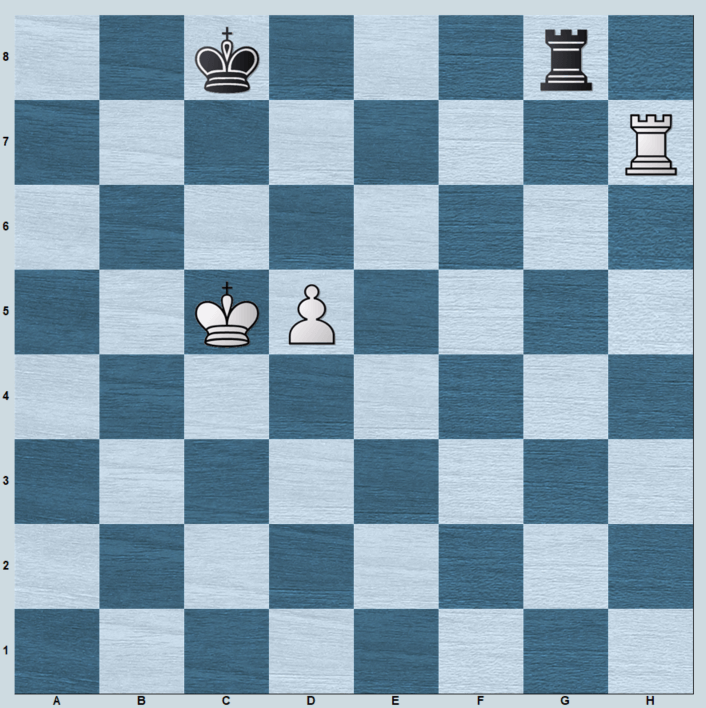 I’ve highlighted the defensive technique in the game below.Now we know the drawing technique and the winning ideas. We can make the following conclusion from the Philidor position:

Logically if the setup occurring in the game doesn’t allow for the proper defense, the evaluation changes accordingly.

It’s much easier to defend if the attacking side has a Knight or a Rook pawn. Understanding that will be our next step.

Positions with Knight or Rook pawns are quite common. 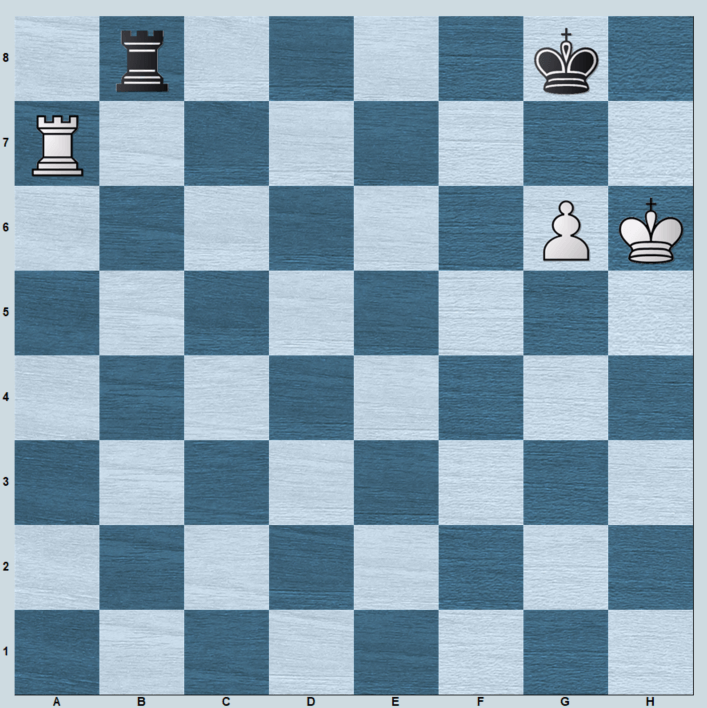 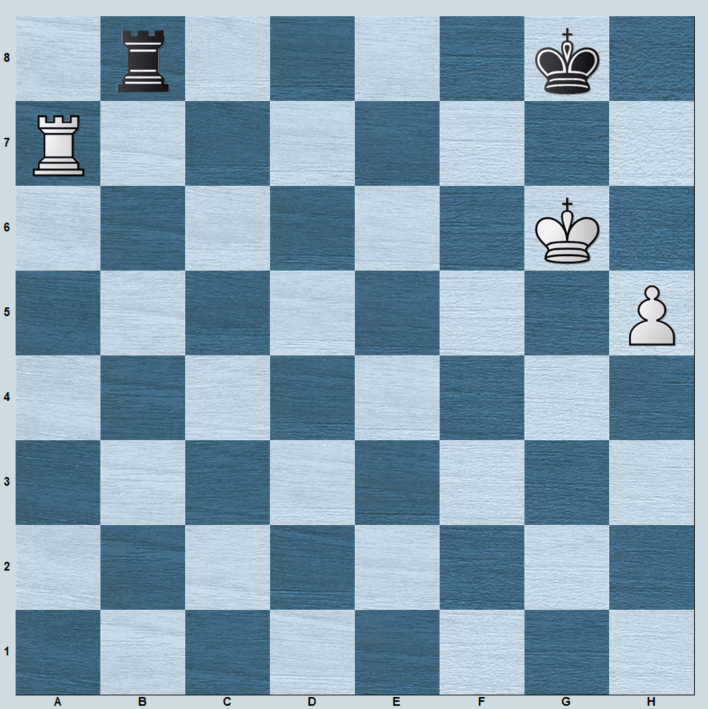 Against a Rook pawn, the defense is even easier.
The Rook delivers the checks as the King can’t hide behind the pawn. 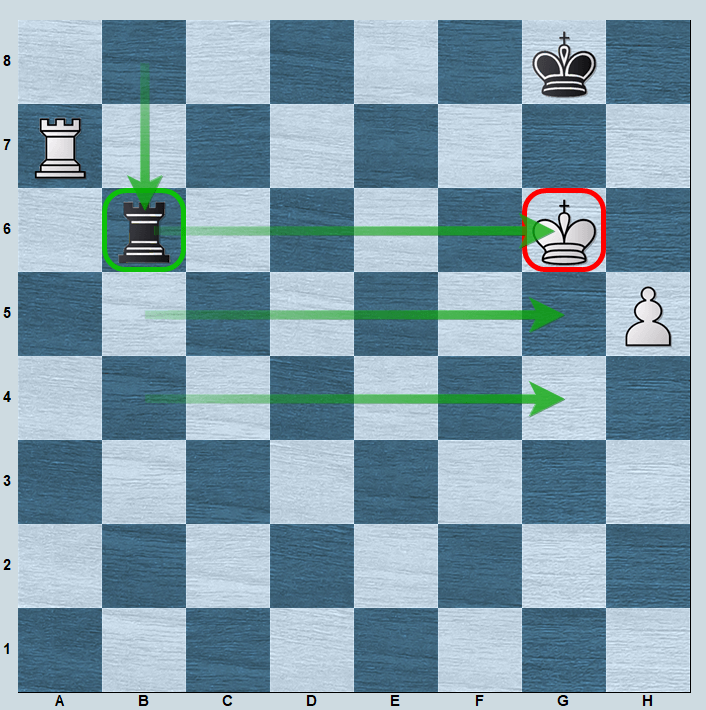 Let’s summarize what we have learned.

If the pawn is located on a green line, it’s an easy draw and a bit more complex if the red line. 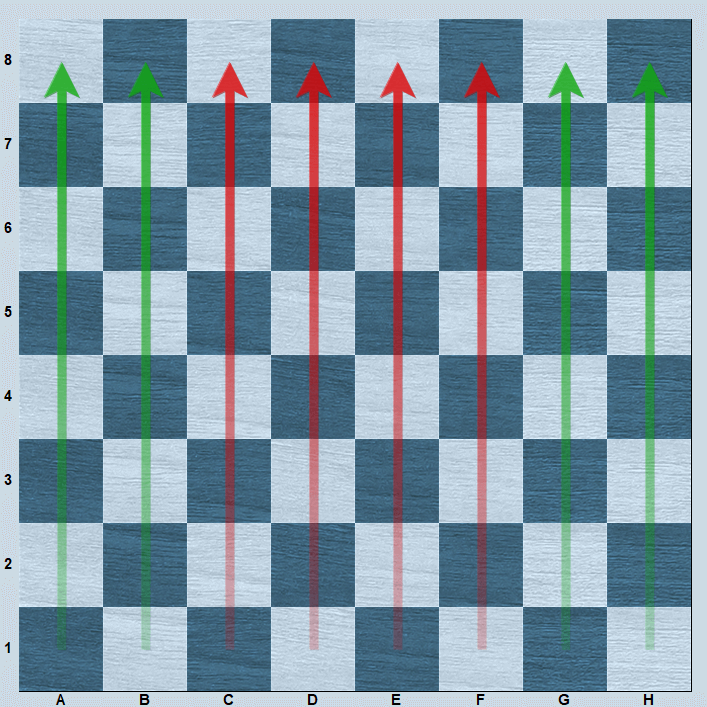 We have seen positions with pawns on F, G, and H files. Against pawns on a,b,c,d or e files, we’ll use one of the techniques mentioned above. Let’s summarize and make things simple:

Now let’s understand the technique to win with the attacking side.

How to win in Rook and pawn vs Rook endings?

For this, we do the opposite logic of what we learned in the previous section – prevent the defending side’s King from getting in front of the pawn or in other words:

This is one of the main strategies. In this, you use your Rook to cut off the enemy King. While on the other hand, you use your King to support the pawn and push it forward against the enemy’s Rook.The position we stopped at is when the king is in front of the pawn and trying to promote. This brings us to another very famous Rook endgame situation called:

All of the positions you see below are Lucena positions. It’s a situation when the attacking side’s King is in front of the pawn. 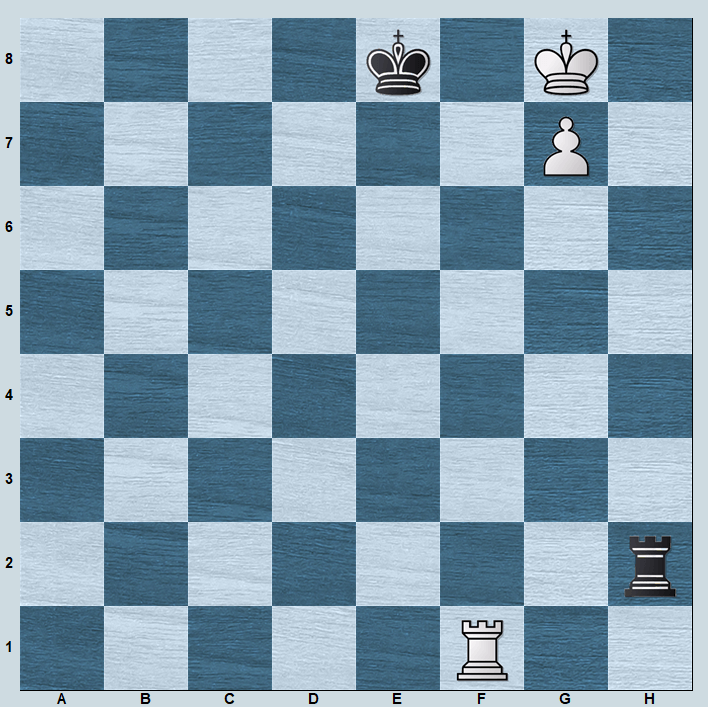 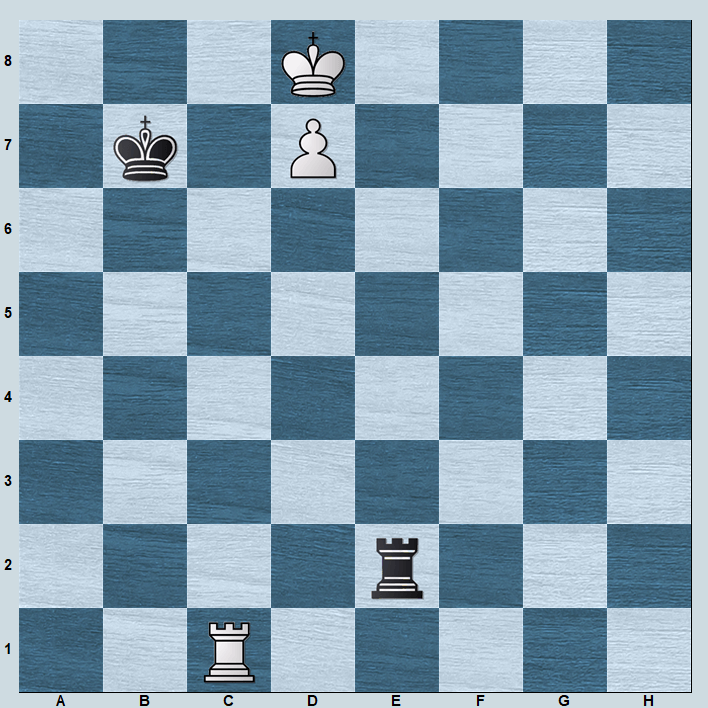 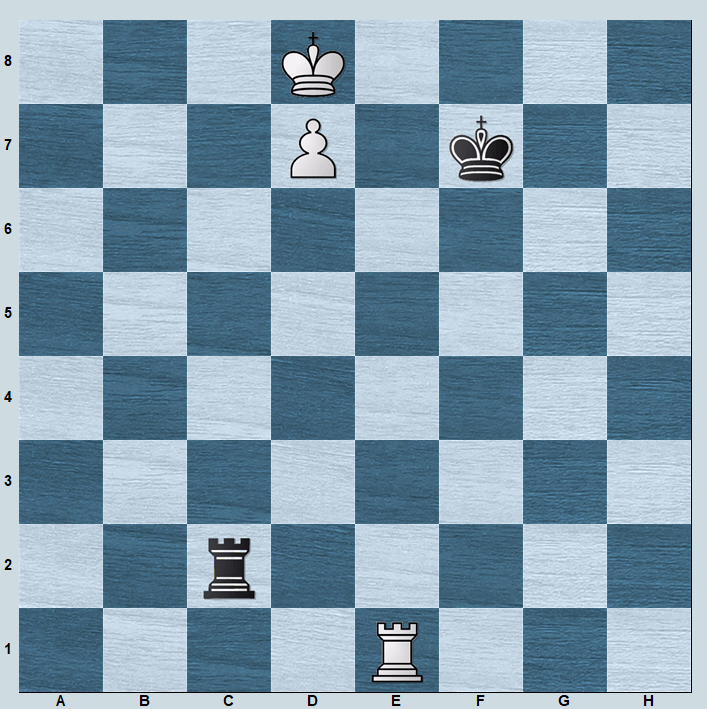 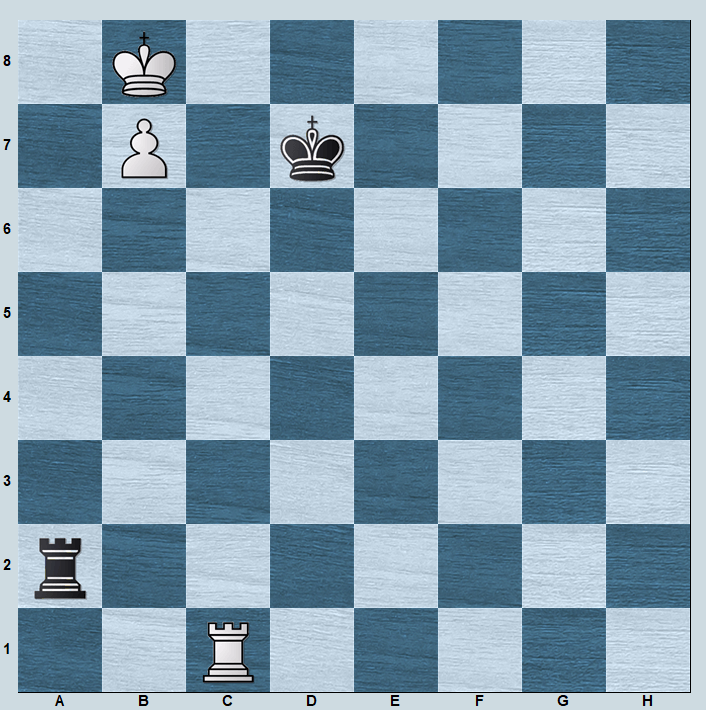 The technique I’ll show you now is very easy to learn and remember. Do it once and win forever!Your opponent may try different ideas in some spots.Those were the main positions I learned after my big failure and I remember them even while sleeping. Try to wake me up at night and ask a question 🤪🤪🤪

I promised at the beginning that we will again take a look at my game and understand the mistakes. Even though it’s painful to remember (just joking). Let’s now go back to the game.

Back to my Ghost

In my early childhood my father told me: There is nothing shameful in not knowing something, shameful is to know that you need to learn something, but not learn it.From a long-term point of view, I can say that failing to win the position in the National Youth Championship was an important part of my successful chess career. I understood the importance of endgames.

The knowledge I gained lifted my confidence and improved my results exponentially with theoretical Rook endgames. It helped me in the future to win and save many important points.

As I previously mentioned, this topic can be extremely large, so let’s summarize what we learned and decide the next steps!

I hope you enjoyed what you learned, and that this knowledge will bring you many extra points! However, I mentioned that the Rook endgames, and endgames overall, are very large topics.

What you learned can be enough to play comfortably U2000. To go deeper, I recommend the following courses: Must-Know Endgame Theory U2000 and Endgame Roadmap where a lot more theory and general endgame principles are covered.

I would love to hear when the things you learned from this article help you in important tournament games!
You can let me know on the ChessMood forum.

See you in other articles, courses, youtube videos, or  tournaments!
Yours,
GM Gabuzyan