The Importance of Learning Endgames - How to Do it Effectively

Discover why it's important to study endgames and how to do it effectively! 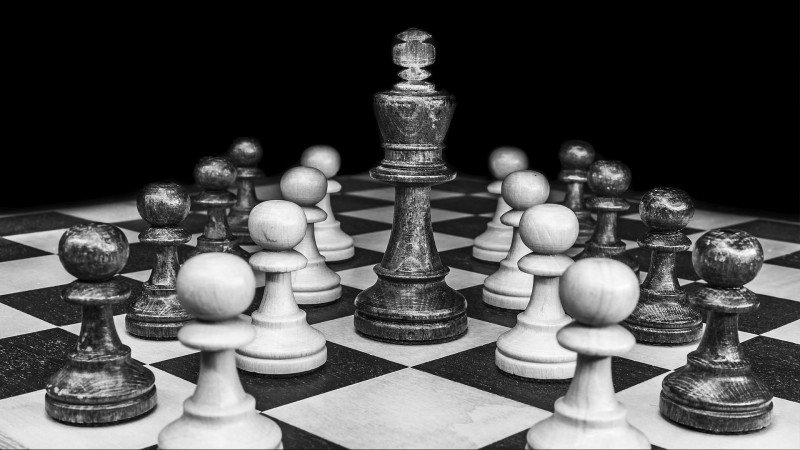 Before I share why studying endgames is important, let me ask you a question.

Have you noticed – lots of mid-level chess players play all their games all-in, sacrificing everything right and left?

Well, or not sacrificing, but trying to maintain maximum tension in any position. If you offer them the opportunity to exchange the Queens, they’ll avoid it in every possible scenario, even if the exchange ensures them a favorable endgame.

Such chess players often argue that exchanges lead to simplifications and a dull draw, or they want to play a beautiful game to please the audience.

Also, such chess players have many fans, and we all enjoy watching the fireworks that come from the sacrifices, don’t we? And yet, along with brilliant victories, such chess players often have failures - painful defeats, including those against opponents who are much lower-rated than them.

To avoid such defeats, one must strive to play universally, soberly assessing whether it’s best to transition from a slow maneuvering game into an endgame.

Be Ready To Go Into An Endgame 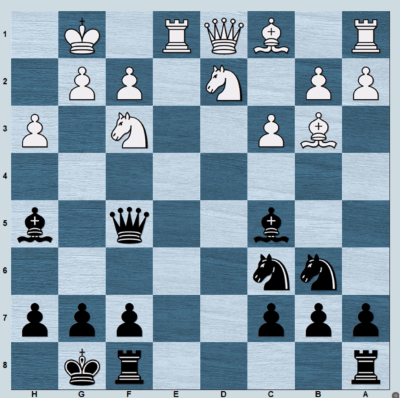 19.Re2 Ne5 followed, and here White played 20. Qf1, offering to exchange the Queens while simultaneously attacking the Bishop on f4. 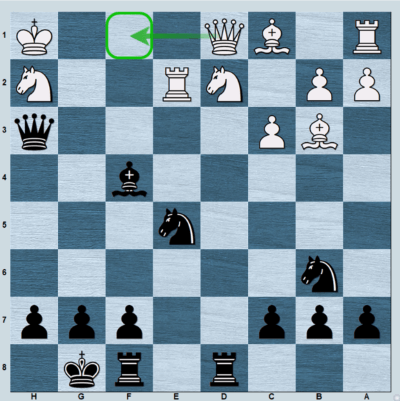 I suppose many people wouldn’t hesitate to respond with
20 ... Qh6, keeping the Queens in the game and simultaneously keeping the Knight on h2 under a pin.

However, Shirov, a strong Grandmaster, discovered a powerful defensive resource - 21. Ndf3!, which leads to the exchange of Black's attacking pieces – the Bishop on f4 and the Knight on e5 with White’s passive ones. 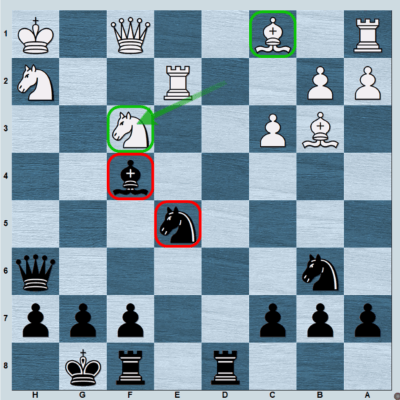 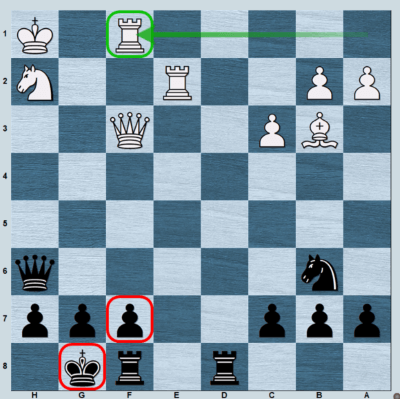 White is going to put pressure not only with the “f” and “g” lines but for Black, it’s also very unclear how to defend the f7 pawn when on the next move, White can attack it by playing Re7.

So what did Shirov play after 20.Qf1 in the game?

Another advantage of exchanging the Queens is that Black has three Pawns in the queenside, and without Queens, it’s much easier to push them.

This is why it’s essential to soberly assess the situation, regardless of your playing style or preferences!

The ability to play the endgame is one of the essential qualities of a great chess player. And if in a past era, this quality could be more or less neglected, nowadays you’ll get nowhere without knowing how to win endgames.

Undoubtedly, you must also have some background knowledge. For example, if your rating is around 2000, but you don’t know that a Bishop with an edge Pawn, whose square of transformation is different from the color of the Bishop's square, isn’t enough to win, then you have a lot of work to do. 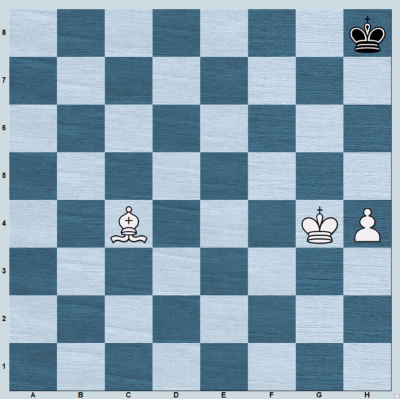 Yet here, like in any other field of activity, it’s important not to overdo it.

For example, if your rating is less than 2000, but you spend months studying different variations of the “2 Knights versus a Pawn” endgame and try to understand why it’s a draw when the pawn is on b5 but is completely lost when the pawn is on a5 instead, then that would be the wrong approach. 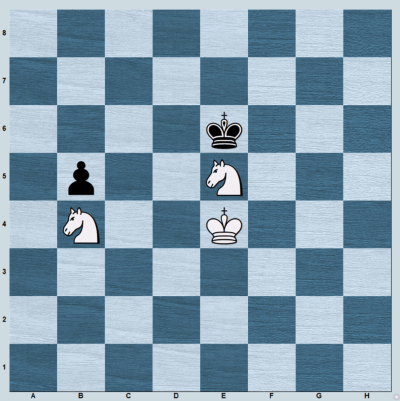 And if your rating is more than 2400 and you don’t know the main principles of making a draw in a “Rook+Bishop vs Rook” endgame, then this is wrong too.

Principle 1: Defending from behind 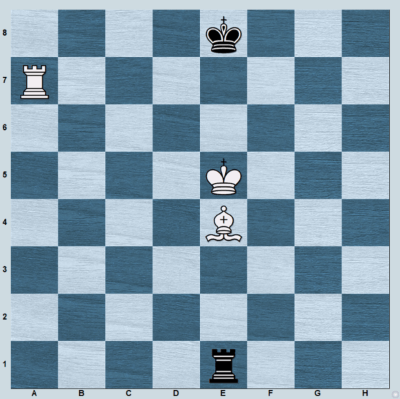 Principle 2: Defending with a stalemate 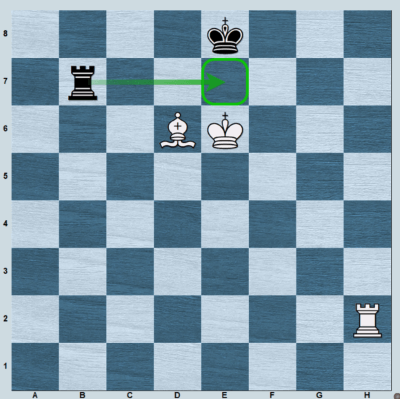 Many chess players, even Grandmasters, often find themselves in awkward situations when they resign a drawish endgame or when they couldn’t win simple theoretical winning positions. 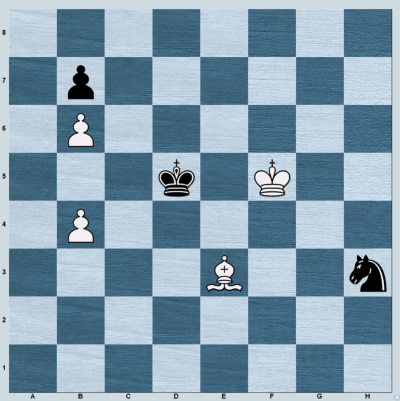 In this position, Shankland (2725!) resigned, although for achieving a draw, he only had to transfer his King to c8 without worrying about the trapped Knight on h3. 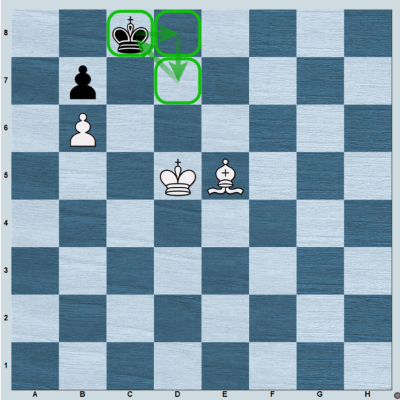 This is a famous theoretical position where White can’t win despite being a Bishop up. Black moves between the squares “d7”,”d8”, and “c8,” and whenever the white King comes to e7, taking control of all these 3 squares, it’ll be a stalemate.

Do you know how to checkmate with a Bishop and a Knight? 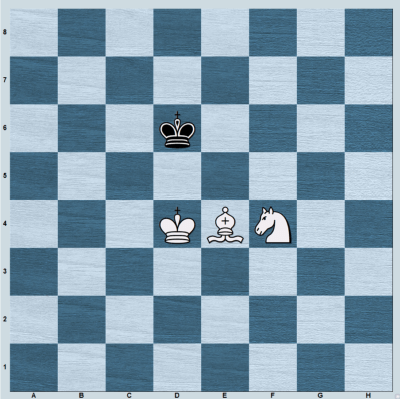 If yes, that’s good. And if your rating is 2000+ and you don’t know how to do that, this is the first thing you should do after reading the article.

Are there any Grandmasters who couldn’t checkmate with a Bishop and a Knight?
“No way,” you might think?

Were they embarrassed after it?
Most of them, yes, probably.

Are you ashamed that you don't know how to checkmate with a Bishop and a Knight?

Often, a situation will arise when you get to an endgame after trading pieces. But if you don’t know the assessment of the particular endgame, it becomes very tough to make the right decisions. That’s why learning many theoretical positions will help you in your games.

Take a look at the example below: 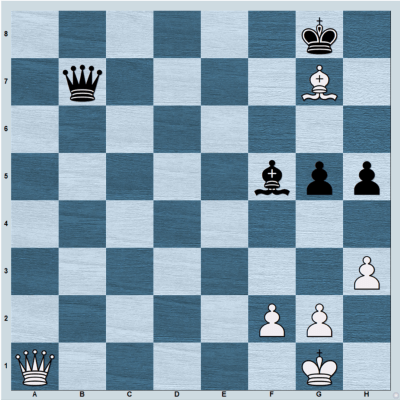 White has a big advantage.
They are a pawn up, Black’s h5 and g5 are very weak, and the Black King is exposed.

Would you play 41...Qb1, and exchange the Queens, paying the price of the g5 pawn?
Three against one, opposite-colored Bishops. Is it a draw, or is it a lost game?

It would be tough to decide to play 41...Qb1, if you don’t know the following position. 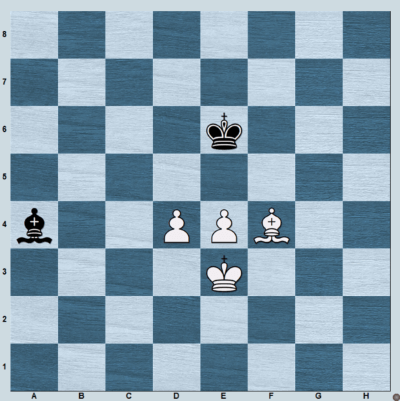 Torosyan not only knew that it’s a theoretical draw position but also knew how to make it! 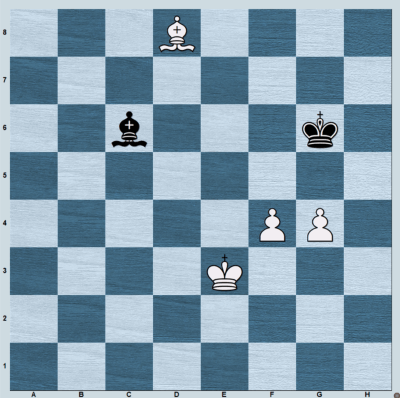 The key move. If White plays f5, Black will give the Bishop for two Pawns playing 53...Bf5.
And if White plays 54.Kf3, Black will just play Bc8, Bd7, waiting for the opponent and keeping an eye on the g4 pawn, not allowing the white King to come to e5 and play f5.

The use of basic endgame knowledge when calculating

In practice, it often happens that a player needs to make a long calculation to achieve a familiar position. Here's an example: 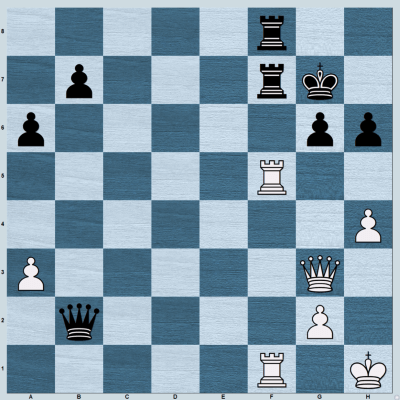 Here White played with excellent calculation and good skill, and as a reward, he received half a point in a position without a pawn and without a fight!
35.h5! followed.

If I told you that you should know the following pawn endgame for making this move, you would be surprised. 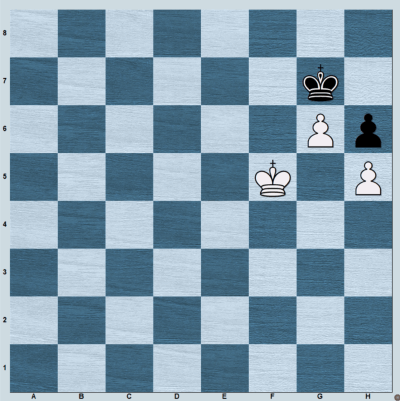 This is a famous theoretical draw.

Now let’s see what happened in the game after Nozdrachev’s 35.h5 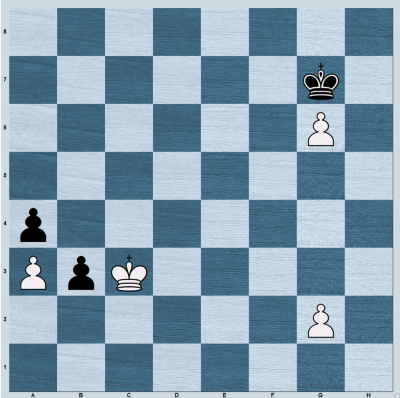 Black will win both pawns on the “g” line, but the position is a theoretical draw.

In the game followed, 47. g4 Kxg6 48. g5 Kxg5 49. Kb2, and soon the draw was agreed.
You can find many such positions in our course on Pawn Endgames, which will help you familiarize yourself with the basic positions.

Study endgames, and it will be useful for you not only as general knowledge but will strengthen your intuition, which will undoubtedly affect your results.

"It's so annoying to play a good game and lose after 7 hours of playing."

But there’s a simple way to avoid such tragedies. Learn endgames.

P.S. To improve your endgame understanding, check out our course Instructional Classic Endgames where each lesson covers a specific endgame strategy.

P.P.S. As always, feel free to share your thoughts in our forum.