Stalemate can offer a glimmer of hope even in totally lost positions! Discover how to watch out for them, trick your opponent and save rating points! 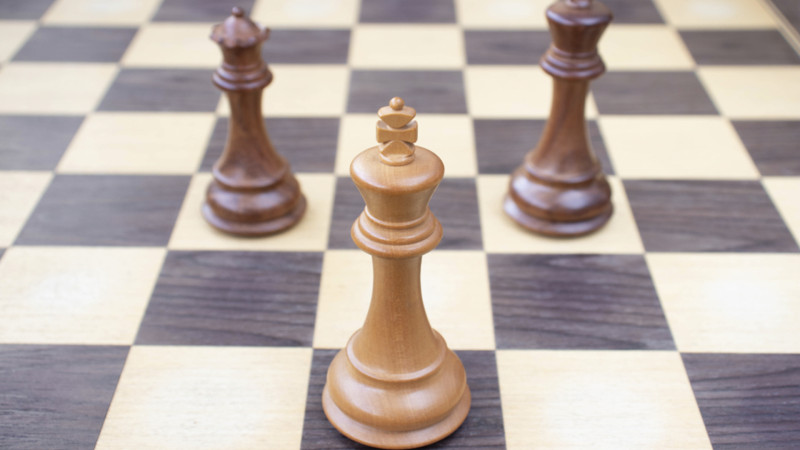 Stalemate in chess is a beautiful way of saving the game. But, of course, it doesn't always work, especially when you play against an experienced player, but you can be sure that you will save many games by adopting this technique. In addition, it undoubtedly brings pleasure.

It’s important to understand that stalemate does not always happen by accident. Sometimes you have to “help” your opponent or create a self-stalemate. And if the opponent does not see your sneaky idea in time, you have every chance of a graceful ending.

In this article, I will show you a few positions from my games and share some tips on implementing this drawing technique in chess.

How to save a game with a stalemate?

Let's start with the following game where I managed to engineer an escape in a blitz game with time increment against a formidable opponent. 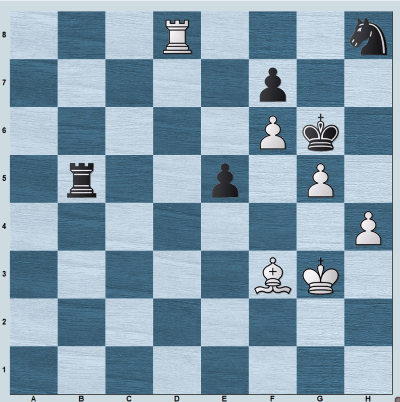 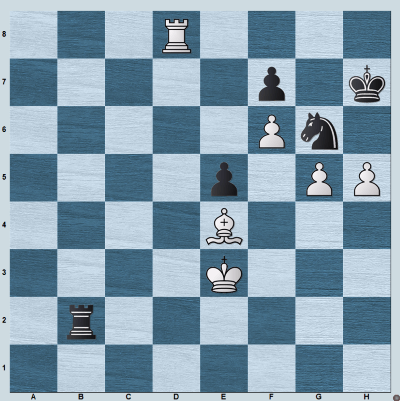 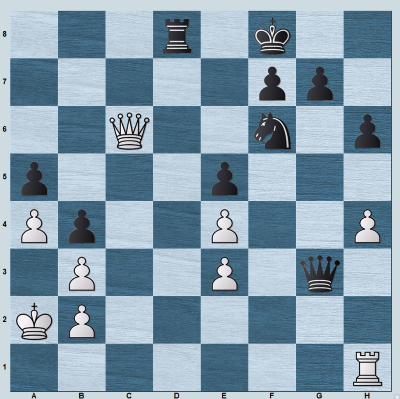 Here my situation is even more desperate: I’m down a whole Knight. However, it’s not difficult to outline the contours of a stalemate; I just need to decoy the opponent's Queen or Rook to the first rank. But what hinders me is the h4 pawn. It’s not difficult to guess White’s next move.

As the game went on, I hoped to decoy the opponent's Queen to the “d” file. I didn’t really hope for a miracle since I had already ignited my idea of stalemate, but sometimes they happen as the game showed. 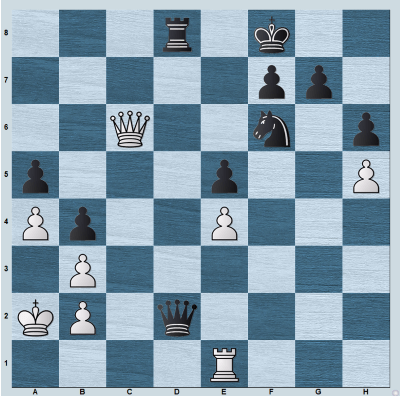 No matter how black captures the Queen, it’s going to be a stalemate! 🙂 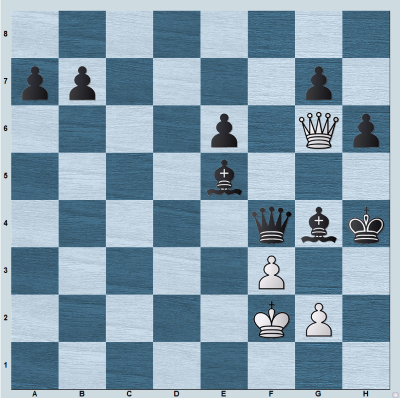 In this game, I should have resigned much earlier.
And if I continue, then I must have at least some minimal practical chance.

With your time running down, you will not immediately understand that this seemingly harmless move contains a devilish trap.
1...Bxf3?? 2. g3+!! Qxg3 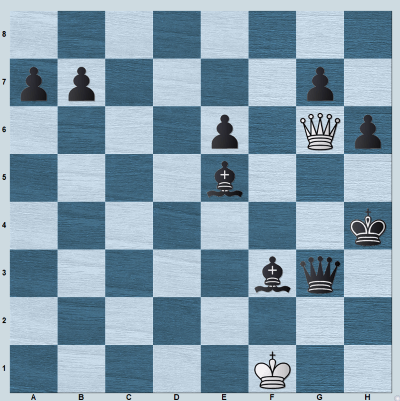 Sometimes it’s possible to save even more hopeless positions than in the previous example.

Take a look at the next example. 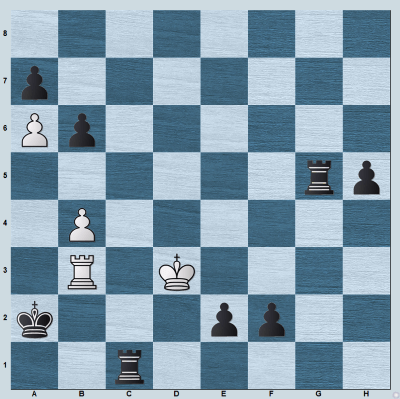 When playing a blitz game without increment, it’s often useful to guess the opponent’s next moves. In this position, it was not difficult to do that.

The already-familiar technique of self-stalemating.
1...f1Q 2. Kd4! е1Q
Black pre-moves and creates Queens. It would be less risky to give any check first. 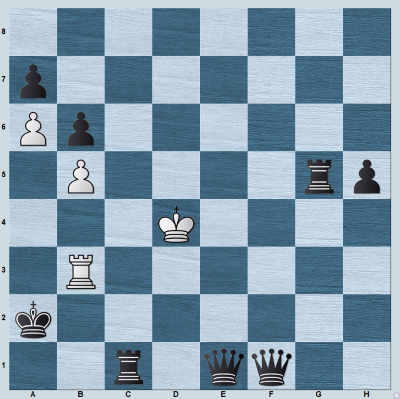 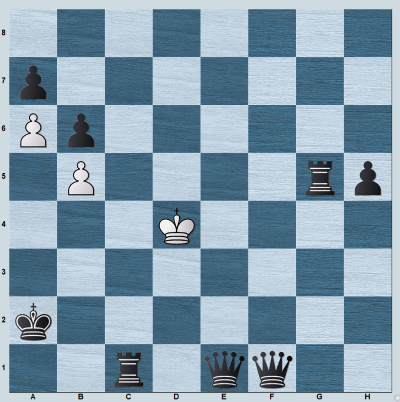 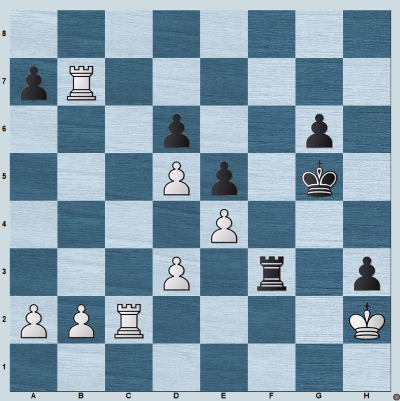 Here I am a Rook down. I could resign, but my faithful friend – stalemate, patted me on my shoulder 😄

I devised a possible plan to stalemate in my mind. But there was so little chance to get there that I could easily resign here. But why resign if it’s still possible to take that last chance?! 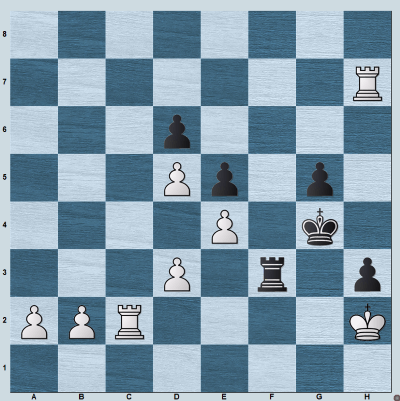 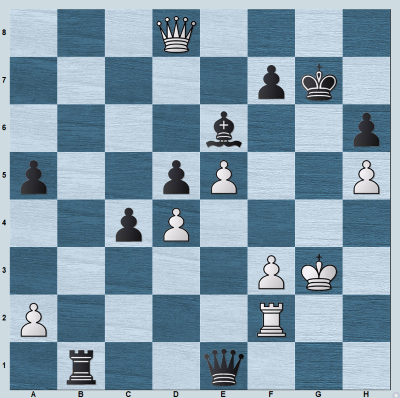 Again, I could resign, I’m a piece down, and soon I will get checkmated.

What is the last chance? Yeah, stalemate! 🙂

Have you already guessed how I played? 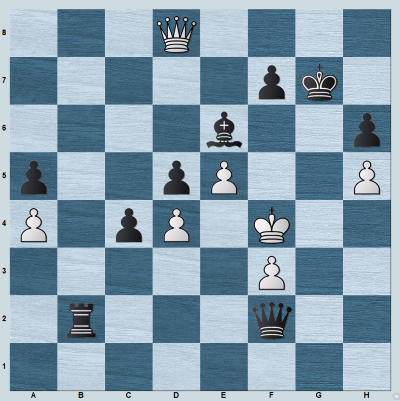 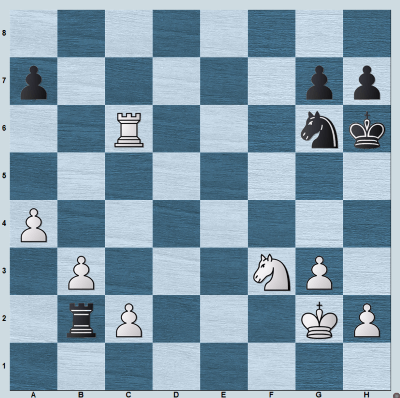 The plan of saving the game comes by itself - Black is almost stalemated. All that remains is to play a5 and return the Rook to the battlefield. By this time, White will probably play g4. 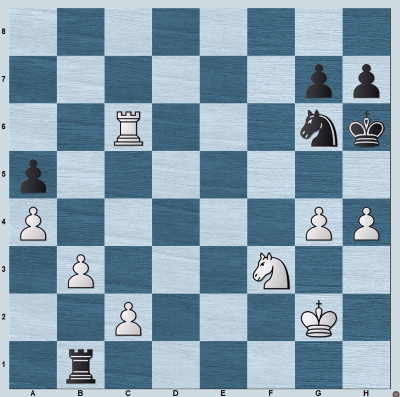 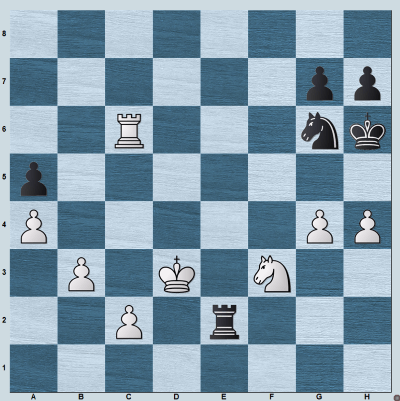 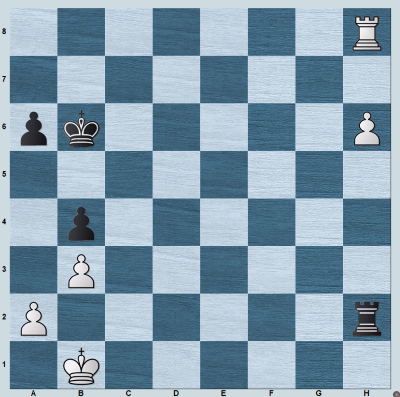 The position is drawish. However, given that I have less than 10 seconds left, White can hope to flag me. With this in mind, I decided to give my opponent some ground for thinking. 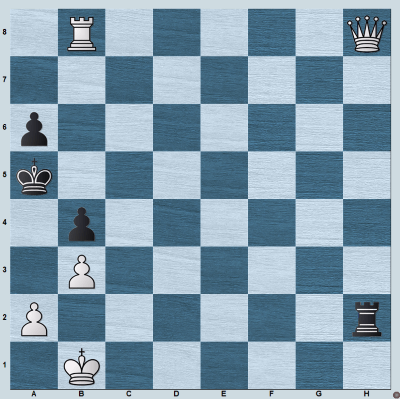 4 ... Rb2! and soon, checking on the 2nd rank with the Rook, I managed to draw the game by a 3-fold repetition of the position.

Turn on your fantasy

All the examples above were from the blitz games, and of course, the chances to trick your opponent in a classical game are much less. However, you can still try!

The following classical example comes to my mind. 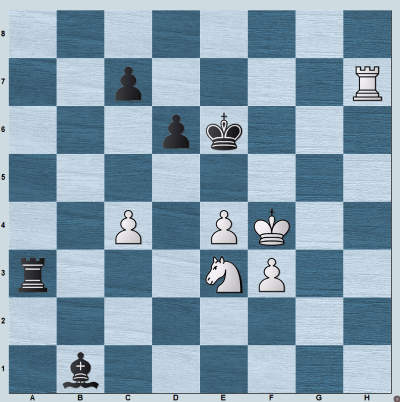 The position of Black is lost. They are a pawn down and additionally, White wants to play 1.Nd5 with Re7 checkmate.

Janowski resigned here…
While instead, he could take his last chance and play 1…c5!

Now, if Lasker was not careful or tired at the 5th hour of the game, he could easily play 2.Nd5 and wait for his opponent's resignation, as it looks like there is no defense from 3.Re7 checkmate! 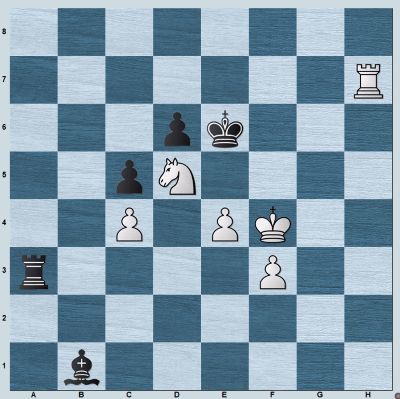 And here comes to help the most faithful friend of lost positions- stalemate!

Resigning is never too late. Always try to keep your fantasy alive.

Good luck with this new weapon in your hands

This weapon can help you save games in losing positions. Also, check out the lesson given below by GM Gabuzyan on stalemates. It will only help you to expand your knowledge of using stalemate as a defensive resource in chess.

Have you already managed to give up your last pieces and save yourself with a stalemate? If so, please share it with us in our forum.

And if not, then make sure to try this trick, as half a point saved and an excellent mood are guaranteed for you!