To Succeed at Chess, Start with WHY

The starting point of all the achievements starts with this simple 3-letter word. 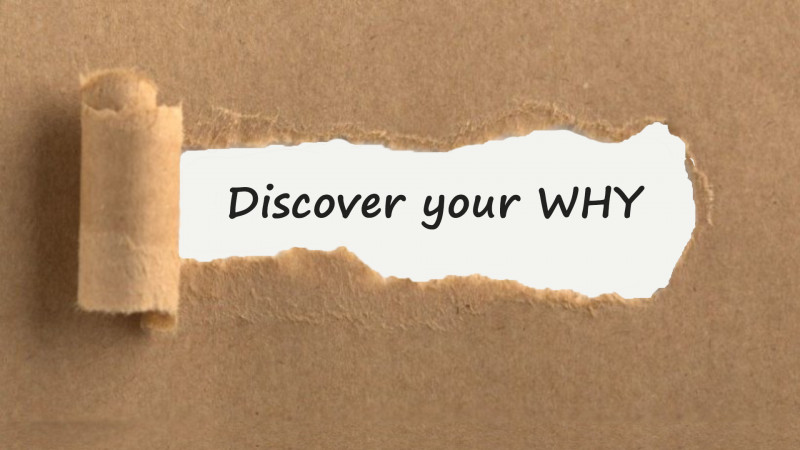 Very often I am asked: “How to keep concentration?”, “How to have more energy?”, “How to overcome blunders or painful defeats?” or “How to stay motivated and continue working, when I’m lazy?”

These are very different questions and it seems the answers should be different as well.
But they aren’t.

The answer to all these questions is just one. And that answer is inside of you.
You just need to answer one question. A much shorter, but much harder one.
That question is “WHY?”

Why do you want to achieve that? What’s your WHY?
It doesn’t matter what it is. To become a Grandmaster, to get to 2000 level or to beat that bastard from your chess club.
If your answer is strong enough, you won’t have problems with any of the above asked questions. Neither with concentration nor with motivation and with finding energy.

If you know this story, you can skip this paragraph, but if you don’t, this will be one of the most inspiring stories you’ve ever heard.

On February 11, 1990, a fight between the World Champion Mike Tyson and Buster Douglas was organized. 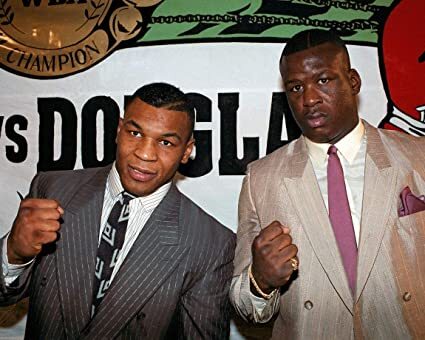 Buster was a huge underdog 42-1. But things got even worse for him. 23 days before the fight, his mother passed away...

Many thought the match would be canceled, but Buster Douglas said he’d fight.

That time bookmakers were accepting even bets on how many seconds Douglas could hold out.

He held out for long, to everybody’s surprise.
But within the last 10 seconds of the 8th round, Tyson landed a big right uppercut that sent Douglas to the canvas. Everyone thought it was the end. Nobody had ever got knocked out by Mike Tyson and ever got back up. But Douglas did!

In the 9th round, he successfully resisted all attacks of Tyson, who was trying to finish him.
And in the 10th round Douglas, with four punches to Tyson’s head, knocked him down for the first time in Tyson’s career.

During the post-fight interview, Douglas broke into tears when asked how he was able to win this fight when no one thought he could. "Because of my mother...God bless her heart", said the new Heavyweight Champion.

Before her mother died, she had told the world that his son was going to beat Mike Tyson.
The question was not how did he manage to get back on his feet after being sent to knockdown but WHY did he manage to stand up.

His WHY was stronger than that punch…

How many people do you know who had a dream or a goal and then gave up? Too many, right?
Because they didn’t have a strong enough answer to the question “WHY?”.

When I was IM at my 18, I had a goal to become a Grandmaster the next year. To get 3 GM norms and pass the 2500 rating. And I made it… How?
Well, I found a coach who believed in me, I had strong support from my family, and there were some other factors due to which I achieved it.
But everything started from one point. Do you guess it?

I had a very strong answer to the question “WHY”. Not just WHY to become a Grandmaster but WHY I must do it in 1 year.
Many of you know my WHY, so I won’t tell it again. If you want to know it, I've shared it in my interview with Jay Garrison.

His dad was very sick… He didn’t know how much time his father had. He wanted his dad to see him becoming a Grandmaster.

He had a very strong WHY and I believed in his WHY.
And we started working… I don’t know which one of us was happier, him, me, or his dad when he made it! He became a Grandmaster! (I’ll reveal his name later, as he asked).

Is your WHY strong enough?

I got very different answers.
Answers that include “Because it’s easy” or “I just want it”.

And at the same time strong answers like “In my country, we don’t have a Grandmaster yet, I want to be the 1st one and become an inspiration for others”.

What do you think, which of these guys have more chances of becoming a Grandmaster?

Find a strong WHY in life

When I started ChessMood, I had no investments, no knowledge about running an online company, no experience of leading a team… Nothing.
I was told over and over again that for starting ChessMood I’d need a minimum of $100.000 of investment. I had just $1000 in my bank account ... (because of a few bad investments I had made earlier).

Odds were very low.
But I started it…
For one year I regularly woke up at 4 am and worked till 9 pm. 6 days a week…
I had to work not only on creating ChessMood but also for covering all the expenses.

My family saw it, my wife-to-be saw it…
How did I manage to do it?
I had a very strong WHY. It was stronger than my sleep.

It made me sick how many chess educational platforms were making very weak courses but selling them with attractive marketing words, generating big money by breaking many chess lovers’ dreams, selling them fake promises.

It’s not just my dream. It’s my goal to shut them all down.
To create a chess educational platform, which will really help people to achieve their goals.
And I am putting all of my and my Grandmaster friends’ experiences and efforts to help our students achieve their goals faster.

Do I have any problems with waking up early?
Is there anything that can stop me?

At the beginning of the article I said that the answer to many questions is just one.
Now tell me, if someone has a very strong WHY will he have problems with motivation?

Will he ever, during his chess game, start walking around and staring at some girls at the next board, and then ask how he can concentrate on his game?
No painful defeat will break him and he will even find energy from nowhere, if…

If he has a strong WHY!

And when someone asks me how to find motivation when they are lazy, I remember Tony Robbins’s words. 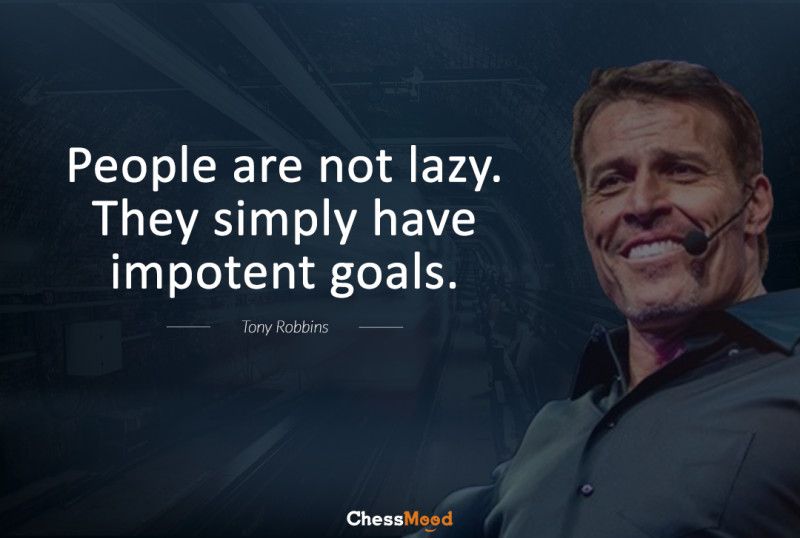 The answer to many-many questions is simple. You won’t have any of them in your head if you have a strong WHY!

WHY to do something is much more important than HOW to do it.
If you get a big enough WHY you can always figure out the HOW.

From where to start?

Start from right here.
Find your WHY. Don’t answer in 5 seconds. Think about it seriously and come with a strong answer, no matter what your goal is.

The strength of your answer will determine whether you’ll get there or not.
Will you push more and more until you get there or will you be sent to knockout after your first punch in the mouth?

P.S. You can share your thoughts and your WHYs in our forum.
Don’t forget to subscribe to our Blog and share with your friends the articles they may need.