How to Defend in Chess – 8 Must-Know Defensive Ideas 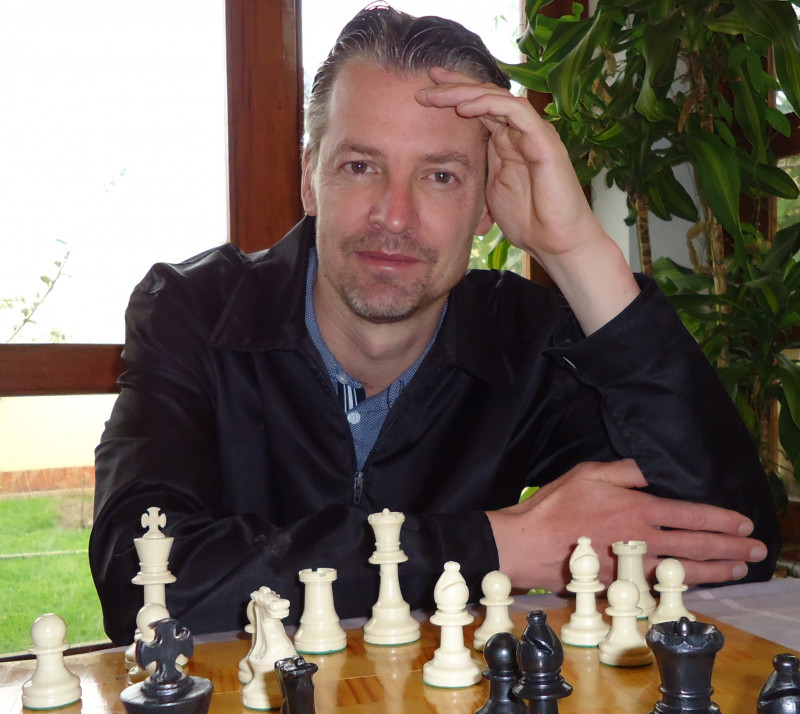 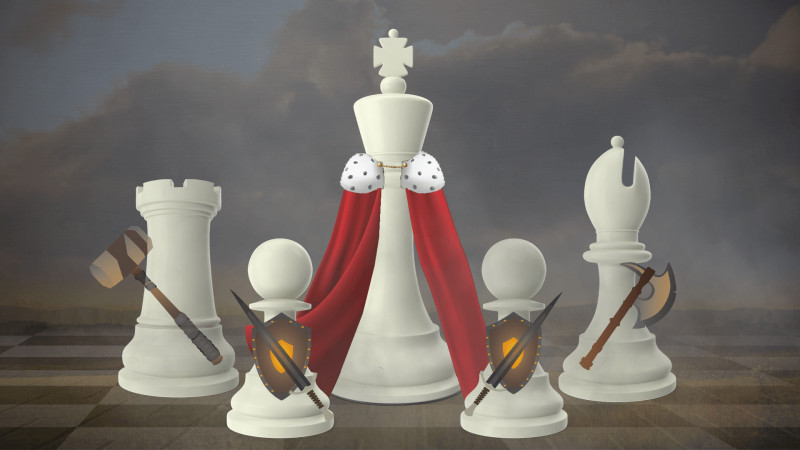 One of the toughest areas in chess is a defensive play.
Most of us like to attack, and when we manage to finish off the opponent with some beautiful sacrifice, we feel like if we were Mikhail Tal for a day

In contrast, few of us feel the same excitement when defending our king against the assault from the enemy forces.

However, it is no secret that many attacks succeed exactly due to mistakes from the defending side. In many cases, had the defender played correctly, then he would have resisted the attack, and sometimes he could even get the full point at the end of the day.

From this follows, that many points can in fact be saved in our games if we are able to defend our king more efficiently. And with good results comes joy - once you get used to defending your monarch with success, you will no longer dislike defensive play, believe me

Next, let's have a look at some basic defensive ideas. Let’s take a look at them, one-by-one.

When your opponent starts to attack your King, it’s vital to bring pieces to the defense. More so, if there are more attackers than defenders near your King, you’re usually in trouble. 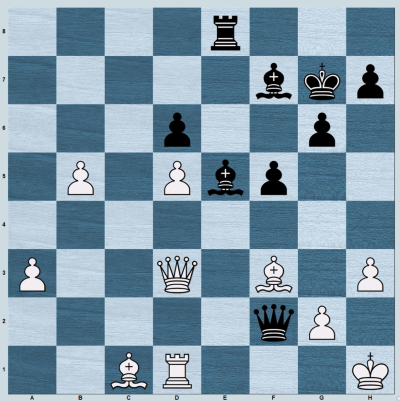 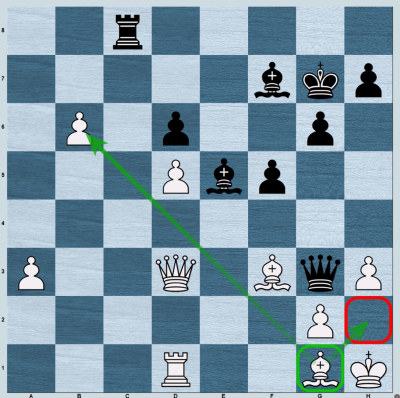 Black’s attack is over, and White went on to win.

If you’re able to eliminate one of your opponent's key attacking pieces, then your chances of successfully defending the position will increase. 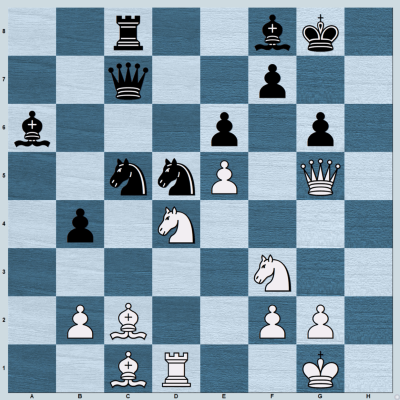 With no h‑pawn on the board, the Black King feels a bit exposed on g8. One idea to look out for is Qh4 followed by Ng5, another is a Bxg6 sacrifice at some moment. So how can White's attack be neutralized?
25...Bd3!

Very clever, thanks to the pressure along the c‑file Black is able to swap off the attacker on c2.
26.Bxd3 Nxd3 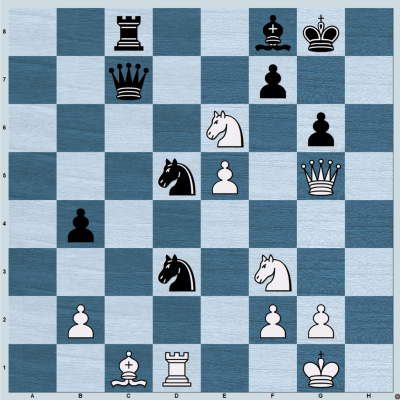 27...Qc2!
Black is not forced to take back on e6, and instead creates a double threat against the enemy pieces on d1 and c1 and the f2 pawn. 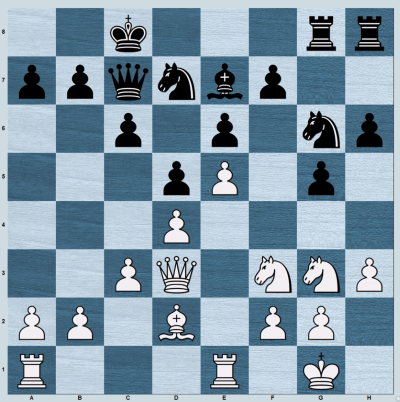 Opposite castled Kings usually calls for attacking play, and White knows what their opponent has in mind: h6‑h5 followed by g5‑g4.
16.Nh5!

Blocking the black g-pawn as well. Next White launched their own attack on the queenside, by means of b2‑b3 and c3‑c4, and went on to win.

If you are able to anticipate your opponent's next attacking moves, then you can take prophylactic measures, such as overprotecting weak points in advance. 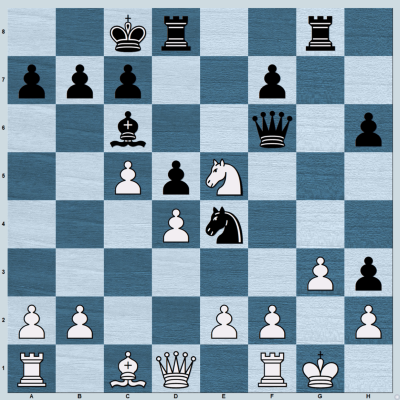 Again there are opposite castled Kings on the board, but this time White can’t really prevent the march of the black h-pawn. That’s why Topalov takes a prophylactic measure.
19.a4! h5 20.Ra3 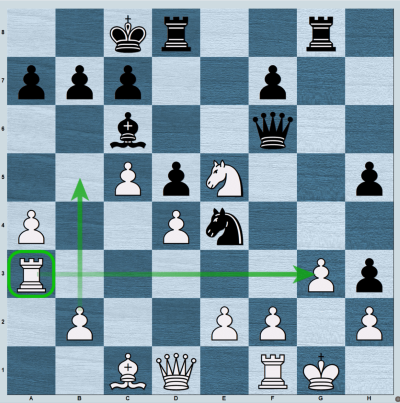 The Rook now keeps an eye on the kingside, ruling out any sacrifices on g3. In the meantime, White will go for their own attack on the opposite flank.

Sometimes there’s no alternative other than to try to clear a path and march your King up the board to safety. 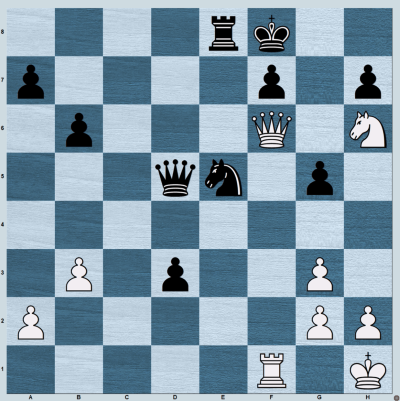 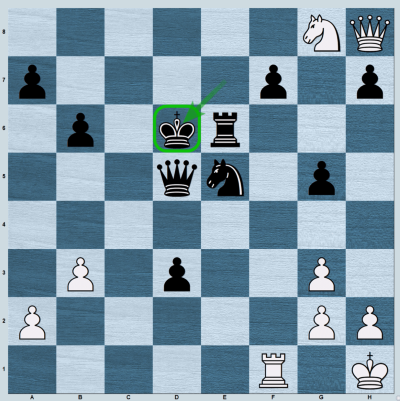 Here the game followed 30...Qb7 31.Qd8+ Nd7 32.Ne8+ and White kept some attacking chances, although Black prevailed in the end. 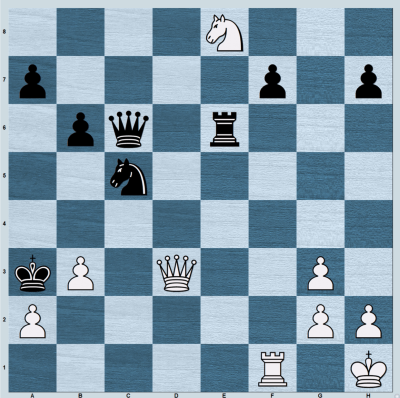 Believe it or not, the black King is very safe on the opposite side of the board!

This is similar to the previous idea, just that the King moves away horizontally instead of vertically. 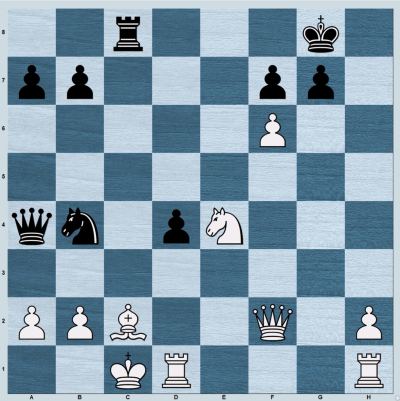 The White King is much safer now, and White went on to win.

Sometimes when defending, your only chance to continue the game is to give away some material. In the previous example, Shankland did this.

Here’s another game that features this idea: 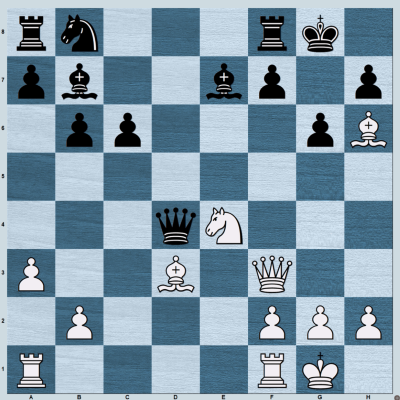 White has just played 16.Bh6, with a strong initiative for the sacrificed pawn. How would you react with Black here? Please, don’t be too materialistic!

Black hurries to develop their pieces and also takes control of the crucial square on f6. The loss of the exchange is a lesser issue.
17.Bxf8 Ne5 18.Qe2 Rxf8

White's attack is basically over, and Black has a pawn and a bishop pair for the exchange. The game later ended in a draw.

There is an old saying that "the best way to defend is to attack", which is exactly what this idea’s about. Instead of worrying too much about our own king, sometimes you should focus on the enemy King instead. 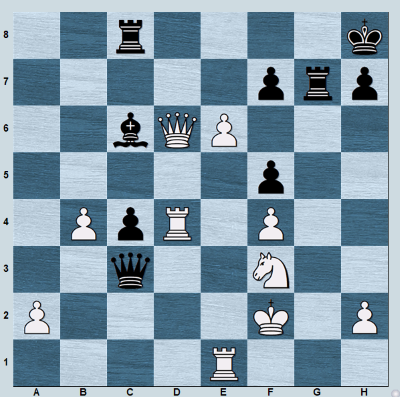 White's King is being assaulted from different directions. The legendary Mikhail Tal finds the only way out – an attack against the Black King!
31.Ng5! Rxg5

Practice makes perfect! To further improve your defensive play, you can watch many more examples of these defensive ideas in our course defend with honor.

If you’re a PRO member, you already have access to all our courses, including this one.

P.S. Feel free to share any thoughts and ask any questions about defensive chess ideas in our forum.