Has this ever happened to you?

You prepare a list of books to work on your chess. Then you read and quickly finish as many as possible from the list but still struggle to improve your game. You wonder why the results didn’t show up as expected despite putting in so much effort.

Adam faced a similar problem. To make things harder, he couldn’t spend more than 1 hour on chess in a day because of his job. Despite that, he raised his rating by 188 points, going from roughly 2207 to touching the high of 2396 in just a few months by revamping his approach.

The whole journey started with recognizing there was a problem.

Something had to change…

“I had subscribed to the Modern Chess magazine. There GM Avetik had launched a course on Classical Games, which I considered buying. But then I googled, found out about ChessMood, and discovered I could watch not only the Classics course but also the others.

So I joined ChessMood around March 2021.”

After becoming a Pro member, Adam got on a 1-1 call with GM Gabuzyan to discuss how he should train based on the limited time he could spend on chess.

“I told him I can only give 1 hr to chess. I also told him my training approach back then – I was doing endgame, tactics, openings, classics, and I guess it was obvious that I was doing too much.”

“Before ChessMood, I had a scattergun approach – I would read one book as quickly as possible to absorb all the information. Then I’d read another and keep reading more and more… In the end, it left too many holes in my understanding. So even if I was learning so many new things, I was at the same level!”

After the 1-1 call, Adam knew the direction he had to take to improve his chess. Now the focus was on execution.

After watching the course, he created his own pgn files and followed a systematic process to bolster his openings.

“I created an opening database in Chessbase. And then I put in all the variations from the course, move-by-move.

Once I’ve created all the lines, I flip the board and play the moves from the opposing side. This way, I memorize and strengthen my move-by-move opening knowledge.

Practicing the Scotch Game by flipping the board!

Sometimes, the course wouldn’t cover some moves. So then what I do is ask myself, ‘Why is that move rubbish? 😁’ ”

This approach helps him revise the lines. It also helps him understand what practical move he might face during a real game and how he could counter it.

But his preparation doesn’t end here. There’s a lot more he does…

Preparing for the middlegame

Adam has a methodical approach for preparing the middlegame arising from the opening he plays.

For example, it could be moving the pawn to a5 to fix the weakness of a6 or exchanging the dark-squared Bishops. If my opponent does something that’s not in the ‘What-to-do’ list, then an alarm bell rings in my head, telling me I’ve got to punish them for their move.

This has helped me jump from playing 15 moves to 25 moves of good quality chess because now I don’t just know the opening but also what to do after it.”

Breaking down the pawn structure

“I’d also take a look at the pawn structure and write down the details like: what pieces to exchange, what endings are bad and have an idea of what to do with the structure.”

Why do we prepare openings?

As he went through the process, Adam’s perspective on opening preparation changed.

How much time to finish the opening course?

In Adam’s case, it looked like he didn’t accomplish much in a day. But over a month or two, he would finish an entire course with a strong understanding of that particular opening!

“One day, you spend 40 minutes watching the Scotch Game. The following day, you insert all the moves, add your notes and make the diagrams. And then you go through the opening from the other person’s side, and eventually, in 3-4 days, you finish the section and move on to the next one.

Also, because you’ve taken the time to understand the opening and why certain moves are bad, it really helps your preparation.”

A separate tournament database for openings

Adam keeps a separate tournament file and analyzing file while preparing the openings.

“One other thing I do is create another database like a summary of the openings.

Here I input the most important lines that I can quickly revise before a game. This comes in very handy during the pre-game preparation.”

The Role of Chess Classics

The other thing Adam had focused on besides the openings was the classics.

“With classics, I’d only watch one game a day from the course.”

Adam followed an interesting ‘Guess the move’ approach to uncover the discrepancy between his thought process and that of the master.

“And after a certain period has passed, I’d find the classic from Chessbase, remove all the annotation from that game and put it into my own classical games database.

After that, I’ll guess the play of the master and compare our moves.

Obviously, there are instances where our moves are different. And these are instructive moments.

So before I turn on the engine to find out what’s wrong, I’ll input my variation and my thoughts about the position.

After turning on the engine, not only do I get the idea behind the right move but also see what was wrong with the variation I calculated.”

In the video below, GM Avetik explains this approach in more detail.

What he learned from classics

With the above method, he learned more than just the strategies. He saw how the master thought differently from him.

“As I go through the classics, I see the strategic plans. And if I get positions similar to that during a game, these classics help me find the right direction.

Also, when I went through the game, it revealed how superficial some of my thinking was. There were some things where I wasn’t paying enough attention to how important they were.”

Filling the gaps in his chess understanding

Adam emphasized how studying the classics helped fill in the gaps in his chess understanding and connect the dots.

“For example – Outposts. The master might go bang bang bang – there’s now an outpost for the knight. In my case, I’d consider that move, not realizing that it’s almost winning. I didn’t pay enough attention to these things.

I knew outposts. I knew they are good. But sometimes, I would completely underestimate how strong they can be.”

Adam doesn’t just stop after watching a classic once. But he watches them, again and again, to strengthen his understanding. Often, he learns a new lesson by going through the game again.

“Your understanding of the position might be good in one bit, but you learn lesson no.2 from the game as you go through the classic again.”

Also, he makes sure there’s enough time before he revisits the game.

“You don’t want to go over a game you clearly remember. Before revisiting that game, there should be enough fuzziness in your brain.”

Finding time to revise so many classics

Going over so many games is time-consuming, especially when you spend only 20 minutes on them each day. But after breaking down the numbers, you realize there’s ample time.

“If you see – 100 classics in 100 days is just over 3 months. So in a year, you’ll find there’s plenty of time to go through all the games. Right now, I’ve covered most games twice and some even thrice!”

This approach also helps him enjoy chess training, which was missing earlier.

The Hare vs the Tortoise 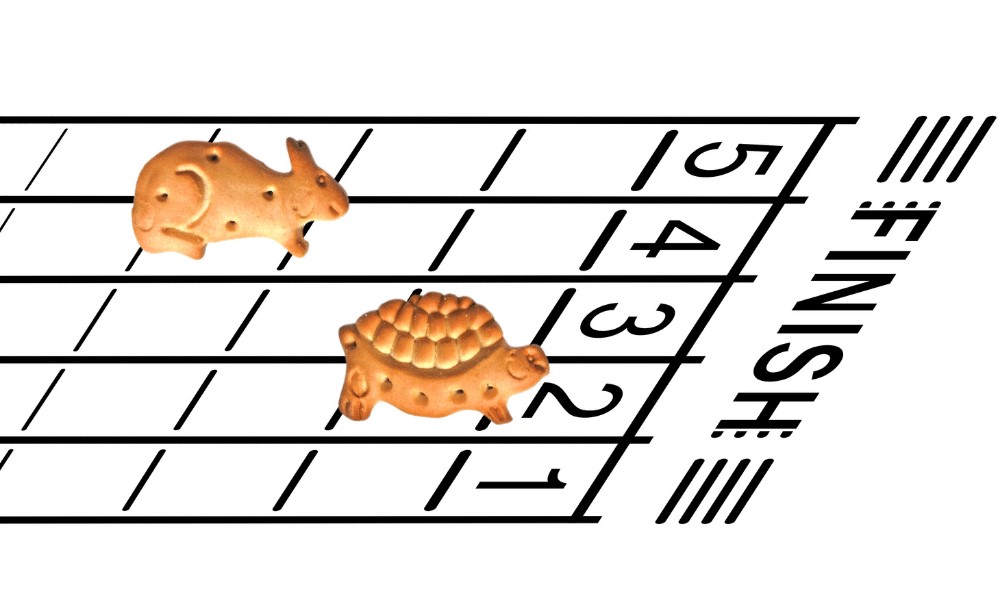 “Before I’d open a positional chess book, go through the games fast, and I wouldn’t enjoy it.

Now, I just prefer to do it slowly and that’s one of the main things I’ve learned from ChessMood. Slowly but surely, the tortoise wins the race.😀”

By adopting the slow and steady approach of the Tortoise, the difference was noticeable. Adam raised his rapid rating by around 188 points – going from 2207 to 2395.  There was a clear improvement in specific areas of his game.

“My opening and strategy level has increased, probably the two things holding me back.”

So when did Adam find time to play, apply what he learned and raise his rating?

“I’d play 3-4 games in a session whenever I’d get some time off from work. Also, I’d play during the late evenings after unwinding and only if I was in a relaxed mood.”

Some time ago, Adam also wrote a forum thread, sharing his journey of chess improvement and answering some questions asked by the community.

Before wrapping up, we asked Adam a few questions to get to know him better as a chess player. He talks about a superpower he’d love to have, his favorite player and more.

“Ivanchuk. He’s so imaginative and creative. 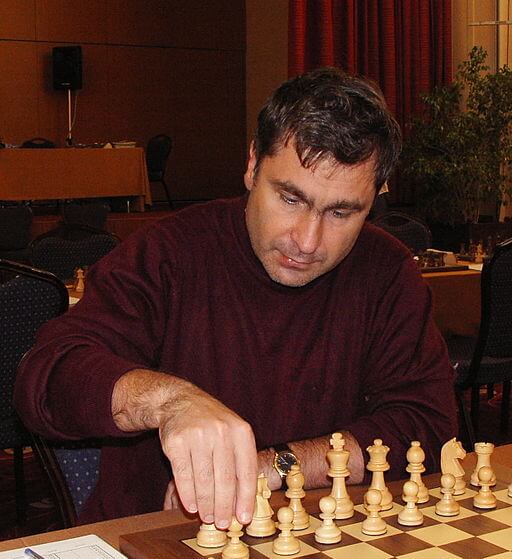 I love his approach to chess! He finds a way to play the moves which you think you can’t.”

This is one of Adam’s favorite games.

Your favorite player from the past.

“The Scotch Game. I love to make that b3-c4 chain and shut the opponent’s Ba6 for the whole game while we play on the other side of the board.

The other opening I like is the Benko Gambit. The opening has so many easy ideas and is so simple to play.”

One word to describe your chess style.

I was positional, but that has drastically changed thanks to the opening repertoire. Earlier, I played Queen’s Gambit, Nimzo Indian, and the Catalan. But with the ChessMood repertoire, I’ve become sharp. And it has given me better results because the cost of a mistake for the opponent is much higher.”

One thing about ChessMood that helped you the most.

“The quality of the chess courses is really, really good. Both Avetik and Gabuzyan are brilliant explainers of the positions and ideas.

Also, the attitude they instill in you: grab a cup of tea, sit back, and enjoy, really helps!”

“I listen to good old songs that make me happy. Also, before the game, I’ll usually do some quick and easy tactical exercises to warm up.”

Advice to someone who can dedicate only 1 hour to chess.

“Don’t try to do too much. Just study something well! Be a tortoise 😃”

If you were to get a chess superpower from goddess Caissa, what would that be?

“To listen to the thoughts of someone like Vladimir Kramnik or Magnus Carlsen while I’m playing! And also the moves too! 😁😁”

Thank you for reading! Ask your questions, send your congratulatory messages and connect with Adam via this forum link.