The Golden Question You Should Ask Before Resigning

Before you resign in chess, ask this golden question. You'll save lost positions! 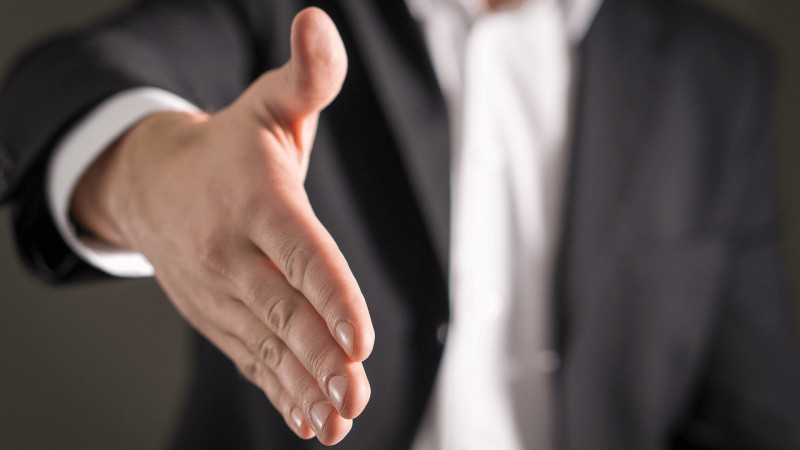 In previous articles, I’ve talked about why you should fight until the end, try to create chances in lost positions, and never resign when it’s your opponent’s turn to make a move.

But no matter how often you’ve been told to “never resign!”, there will be times when the battle is hopeless, and resigning will become necessary.

But how do you know when? Is there a formula or method that can tell you when you should or shouldn’t resign? 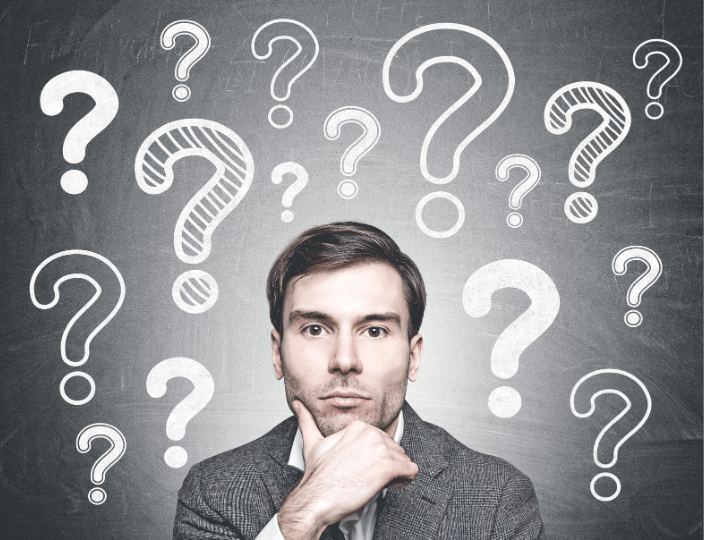 I asked this question a lot, and finally, I found the answer not during my professional career as a chess player but as a chess coach.

Soon, I’ll share it with you. But first, I’ll tell you a funny story from my childhood.

I learned the wrong lesson

When I was 7 years old and playing in one of my first tournaments, I blundered a piece.

What did I do next?

I straightened my back, stopped the clock, and resigned, shaking my opponent's hand like a real gentleman.

We were kids, just beginners, and at that level, it doesn’t matter so much whether you’re a piece down, nor if you’re a piece up. All that matters is who makes the last decisive mistake.

It was 1996, the Chess Olympiad was held in Armenia!
Being a young chess player and a son of a fanatic chess lover, I was present in the playing hall every day. 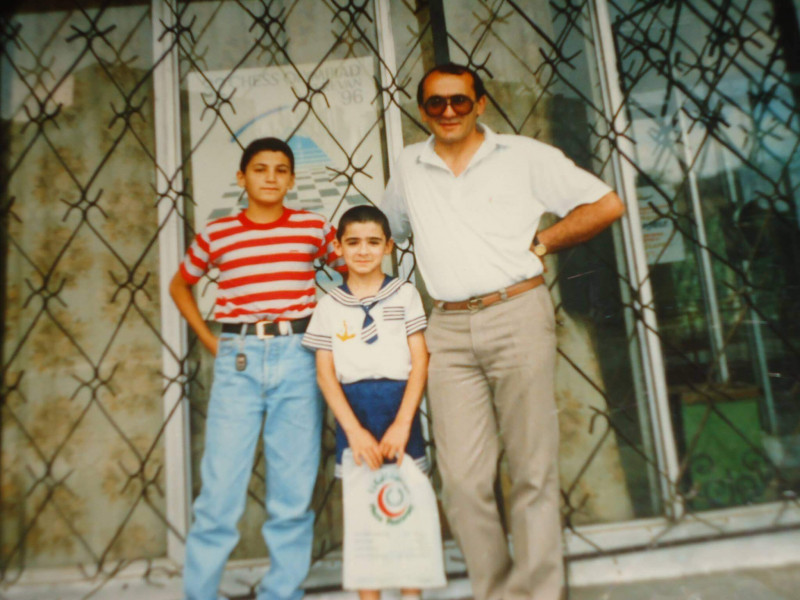 With my father, we were watching live as top Grandmasters like Garry Kasparov were playing.

On the demonstration boards, the top games were shown as well. However, I was just a kid, and no matter my father’s tries I didn’t understand much happening on the chess boards.

But being there was not useless. I was learning a lot.

Not about chess, but how the Grandmasters were sitting at the board, their posture while they were thinking… I saw how they were walking during their opponent's turns… I even thought it was the rule at an elite level 😀

“You should walk during your opponent’s move.” 😀

I learned lots of things that didn’t matter.
But I also learned things that mattered! That was the first time when I announced, “Father, I also want to be a Grandmaster.”

And I also learned some wrong things…
I had seen people resign when they were a piece down or, in some cases, just a pawn down…

Of course, during my next tournament, I copied many things that I learned like; how to sit at the chessboard, go for a walk when it’s my opponent’s turn, and unfortunately also resign when you’re a piece down.

Noticing this, my father introduced a new rule.
“Son, you should play until checkmate.”

Of course, that didn’t work.
It was frustrating to play with just a King against my opponent’s whole army of chess pieces, knowing in my heart that there was a 0% chance of saving the game. 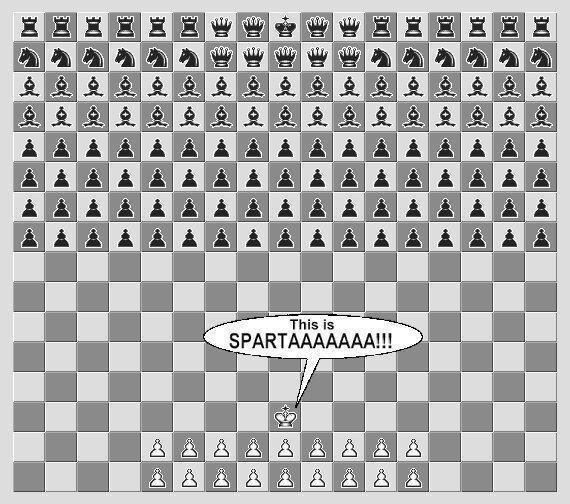 In the future, the answer came to me intuitively.
I learned to fight until the end and resign only when there’s not even a 0.1% chance of saving the game.

However, when I started to coach, I constantly saw my students resigning too early. I tried different approaches until I found the answer to the question, “When should you resign?”

Would you win against me?

I designed a rule for my students.
Whenever they resigned, I could challenge them to play the same position.

Even if I saved 1 game out of every 10 that they’d resigned, they’d lose the deal and would have to bring a box of chocolates to our next training session.

This eventually made them ask the following question before resigning:

“Is the position so lost that with the reverse color, I would win against my coach?”

Early resignations among my students dropped to almost 0%.
That was until I started to work with stronger students...

The evolution of the question

When I started to work with IM and GM students, it didn’t work very often.

There were cases when I felt they resigned too early, but when I challenged them with reversed colors, they beat me 10 times out of 10.

So I changed the rule.

Whenever I challenged them to play with reversed colors, I would have unlimited time, and they would have 10 seconds, with 2 seconds increment for each move.
Additionally, I could use the help of an engine. 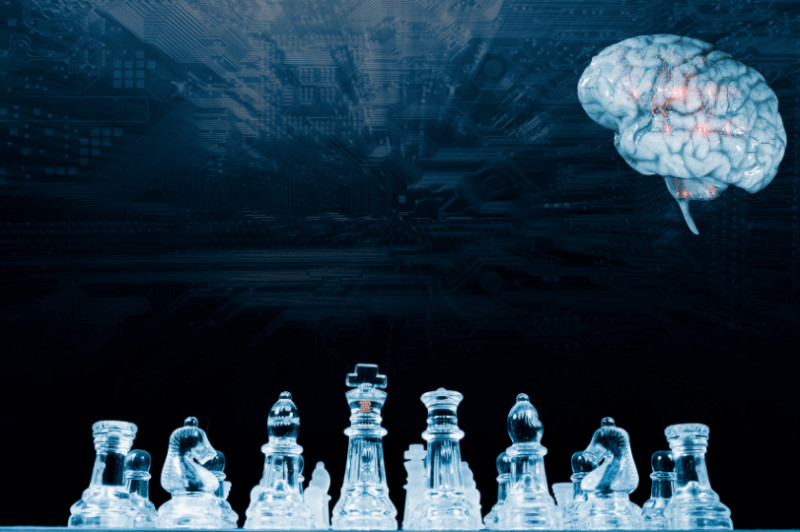 Sounds brutal, but it’s true.
If the position is so winning that you would win it while having almost no time on your clock against a strong Grandmaster, it means it’s really lost.

If you’re not 100% sure, it means there is a chance. And if there’s a chance, you shouldn’t resign.

This one absolutely solved the problem, and it forever stops my students from resigning too early.

Whenever they resign, the position should be so lost that they could beat me and the engine together with only 10 seconds on their clock with reversed colors.

“Would I win the same position with reversed colors against my coach and engine while having very little time on my clock?”

If the answer is 100% yes, and the position is lost, then go ahead and resign.

You can also modify the question as you wish. For example, you could ask yourself:

“Would I win this position with reversed colors against Carlsen?”

If the answer is no, you should continue fighting.

Sometimes you’ll be in a lost position while facing an opponent that’s much stronger than you.

It doesn’t matter! If the answer to the question is “NO,” you should keep going.

One of the benefits is you’ll learn from them.

You’ll see how to convert the advantage – a skill that is essential to master if you want to grow.

Secondly, you’ll learn how to fight, set traps, and make problems for opponents in lost positions.

And lastly, you won’t lose a box of chocolates to your coach 🙂

Is it rude not to resign?

Is it possible to offend your opponent or disrespect them by delaying your resignation?

If your answer to the golden question is 'No', you wouldn’t win in their shoes 10 times out of 10 against a Grandmaster, you shouldn’t resign.

There will be people who may stare at you during the game, saying with their look, “C’mon… You should resign… It’s disrespectful...”

Just don’t care about it. Play on!

Perhaps you’ll face a trash-talker that will message you something during or at the end of an online game.

With or without sarcasm, you can answer, “I just wanted to learn from you the art of converting advantages. Thank you for the lesson, master.” 😁

But if someone was staring at you, trying to convince you to resign, and you managed to save the game, don’t forget to stare back at them 🙂

I should confess that I have done this trick myself to lower-rated players who give me too much respect.

The funniest one was this: 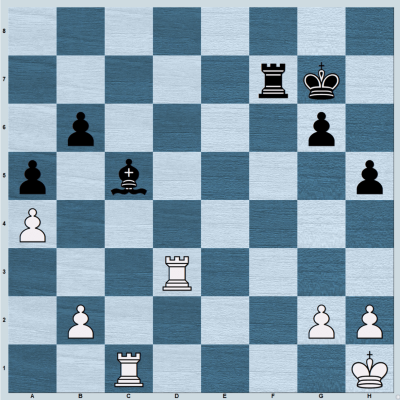 I was leading the tournament and had this position in round 8 against a guy who was 200 points lower rated than me and 1.5 points behind me in the competition.

How did I convert the advantage?
I should have sat, taken my head in my hands, and tried to think about a plan.

Instead, I started to stare at my opponent and lazily did a few moves.

Can you guess what happened?
He resigned 🙂 Not only that, but also he apologized for not giving up earlier.

Yeah, I’m not without my sins too 🙂 But I have changed 😄
This story was from when I was 17.

Believe me, in your chess career, you’ll meet lots of tricky guys 🙂
Don’t get trapped.
Always play on if the answer to your question is “NO.”

If you’re a coach or a chess parent helping your kids, use this method. It’s essential to instill a fighting spirit.

Challenge them whenever you feel they resigned too early. And if they fail to win even 1 out of 10 – no mercy!

There should be a forfeit. It might be a box of chocolates or a crate of beer.

It will be the price for them to become warriors and resign only when there’s not even a 0.1% chance of winning.

Train yourself and your spirit to fight until the end. And if you’re not sure if it’s time to resign or if there’s still room to fight, ask the golden question.

“Would I win this position with reversed colors, with just 10 seconds on my clock against a Grandmaster?”

(Or Carlsen, or against coach + engine).

If the answer is “I’m not 100% sure”, it’s better to think about how to save the lost game and your next move. 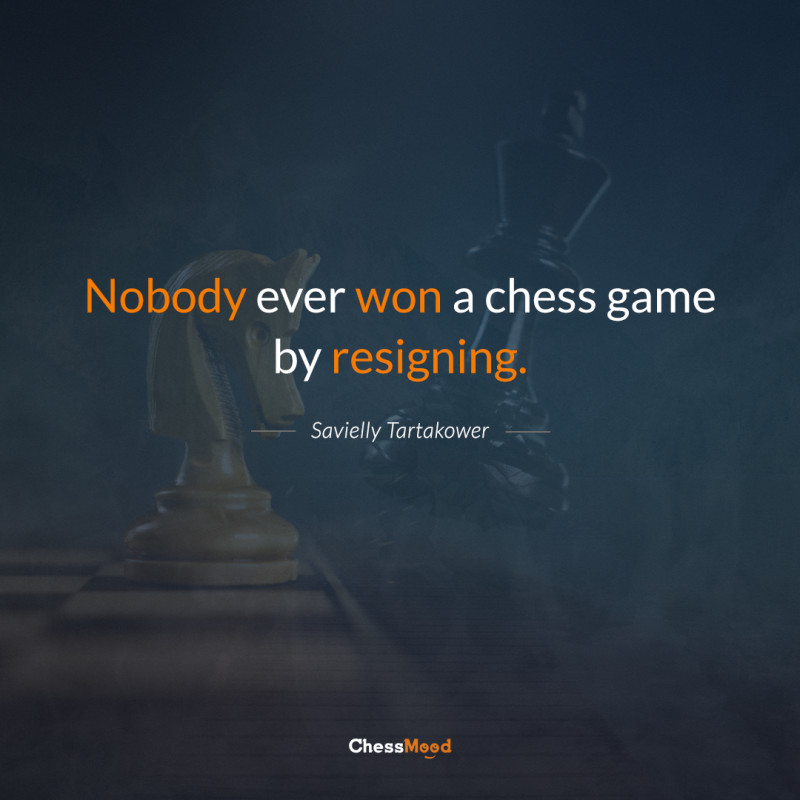 P.S. Hopefully, this tip will save you many points.

But more importantly, it will increase your fighting spirit, help you to be a master of saving lost positions, and develop the skill of converting advantages.

And remember, you might resign too early, but never too late!
P.P.S As always, feel free to share your thoughts in our forum, what have you just learned, and in the future, the games, which you saved by asking the golden question.