It’s Never Too Late to Resign

Discover this simple tip that'll help you save many points. 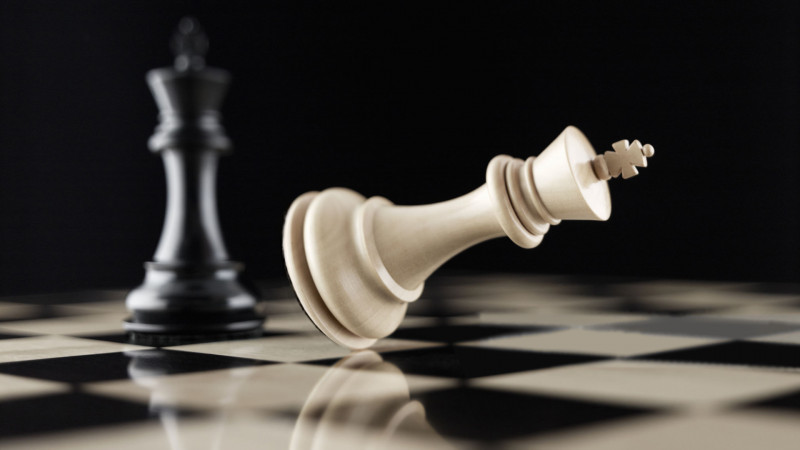 Dear chess lovers, in this article I want to share one super-practical tip with you. It’s quite simple but it’ll save you many-many points.

Don’t resign during your move.

I’ll give you a fresh example that happened to one of my students.
Last month, Greg, during a blitz game managed to find one of the worst moves in the position below 😄 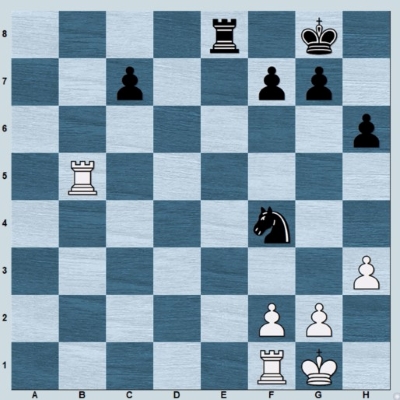 He played here 1.Rc1??
Black could give a check on e2 and take his Rook.

And then my student made the 2nd worst possible move.
After playing Rc1, he resigned without waiting for the opponent’s move.

I asked him: “Why did you resign?” He said: “Because my opponent would give a check and take my Rook”.
Then I asked him another question: “Why do you think that your opponent is smarter than you? If you played Rc1 and blundered the Ne2 check, why do you think he’ll see it?!”

Greg started to laugh :)
Guys, even if 99 times of 100, your opponent sees your blunder, there is still a chance that they may miss it.
And in the long run, you will save lots of points, especially in blitz!
You can resign anytime. It's never too late to do it.

Within the last 10 days, Greg, who played Rc1, saved 3(!!) games, where instead of resigning, he waited for the opponent’s move. Well, everything happened during blitz games, but anyway.

With his permission, I’ll show them to you 🙂 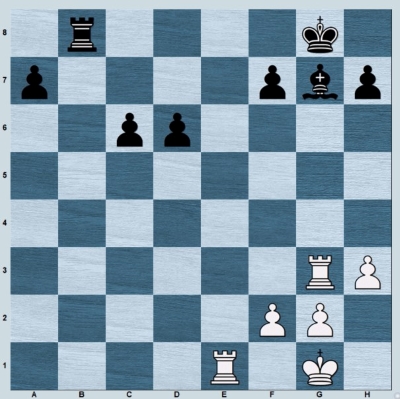 In this position, he played Ra1!? taking the opportunity that the Bishop on g7 is pinned.
The opponent played Rb7 and here he played Rga3?? forgetting that the Rook on g3 was pinning the Bishop and now the opponent can take the Rook on a1. After that, he'd have a totally lost Rook endgame without 2 pawns.

What did he do? Well, this time he didn’t resign. He waited for the opponent’s move, who, having a rating of 2600, didn’t see the blunder either and played Kf8 😆😆😆 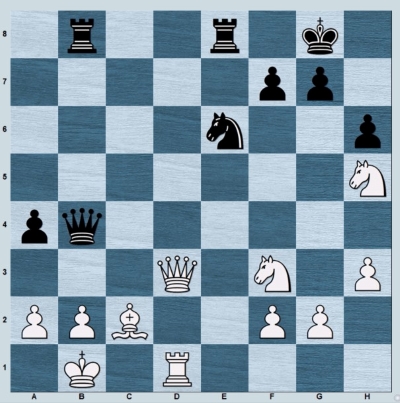 In this position Greg had two pieces and a pawn against the Rook, playing against another 2600-rated opponent.
Here he played 1. Qh7+ Kf8 and now he somehow forgot that the opponent’s Knight on e6 was defending the g7 and played Qg7 😆
What did the opponent do? He played Ke7 😆
A 2600-rated player!

If you didn’t see it, why should your opponent? 🙂

The next one, he plays with Black.

Here, with an exchange up, he played 1...Nh4, trying to use White’s backrank weakness and exchange the Knights. But he forgot that at the end of the variation, White will have Bf1! The opponent didn’t see it and played Nd2 🙂

Do you know when you can resign? When you blundered, your opponent saw the move and it was such a horrible blunder that now even chess Gods can’t help you.
In this case okay, you can resign 🙂

This example is from my game. I was playing on chess.com against a 2900+ rated opponent. 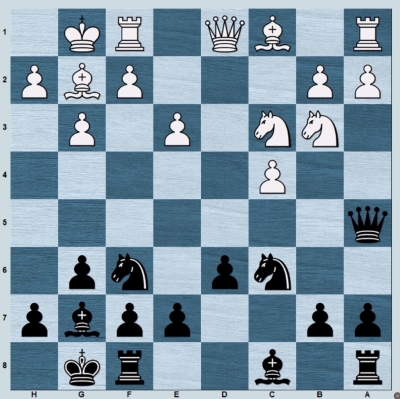 With his last move Nd4-b3, he attacked my Queen.
Now instead of playing 1...Qb4, my mouse slipped and I played Qa4 🙂
Ah… He has a Knight on c3.
Of course, I would resign if he captured my Queen, but I waited…
And indeed… After thinking for a few seconds he pushed c5! 😀

Now, of course, being a former poker player, I couldn’t stop myself from bluffing and took on c5!
My Queen still hung on a4, but he didn’t see it like on the previous move and took on c5. I played Qc4 and the game continued… 🙂

Why didn’t he notice that my Queen on a4 was hanging? Probably there is also a psychological factor here. People love to trust their opponents. If he played against someone rated 800 instead of 2800, he would definitely see Na4 🙂

The next example is the funniest. 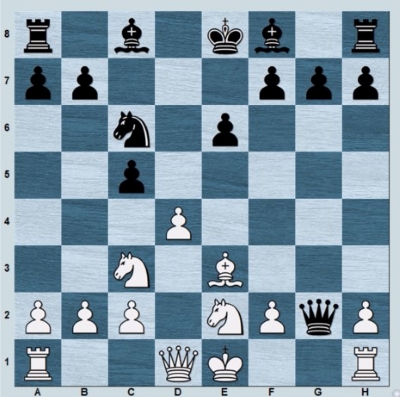 My student Thanadon, the champion of Thailand, was playing with White. It was a 3+0 online game.
With the last move the opponent took the pawn on g2 with his queen on d5.

Now the opponent could take on h1 getting a Rook up. But can you guess what happened?
The opponent took on h2 😀
After Rh2 Black resigned and the comedy was over.

Black was expecting to see Rg1 move. Who could expect that White would play Nb5? 🙂
And who could think that Black could take on h2? 🙂

The game was played between two 2500-rated players.
White won the game because after Nb5 he didn’t hurry to resign but waited for the opponent’s move.

We are all human

No one is immune from making horrible mistakes. We’re all human and strange things can happen to our minds. We can get super tired or fully lose concentration.
Even Grandmasters make incredible mistakes.
There are thousands of examples. I’ll show you just two. 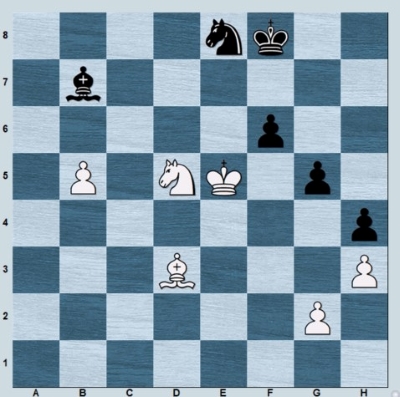 With White is playing super-strong Grandmaster Nigel Short against Alexander Beliavsky.
Something happened here to Short and he played 1.Ke6?? getting Bc8 checkmate… 🙁 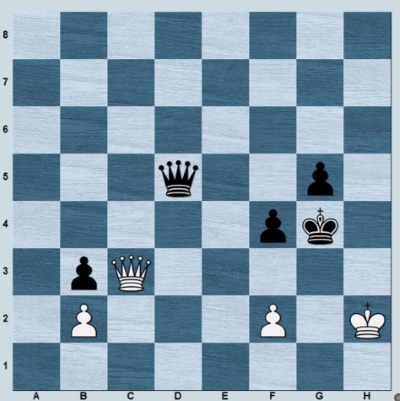 Both Nigel Short and Rafael Vaganian were among the best players of their time. Both games were played in classical games. And there are lots of other examples like this.
Just remember, we are all human, and strange things can happen even to the best players’ minds.

You can resign anytime. Don’t hurry.
And especially don’t do it on your move, when you blundered something.
Wait for the opponent’s move. He may miss it too.

My friends, hopefully, you’ll save many points with this tip, laughing and remembering this article. Don’t forget to let me know your funny stories here in our forum.

P.S. Don’t forget to share it with your friends who have a habit of resigning as soon as possible 🙂.
Next, read the article on the golden question to ask before resigning. It'll help you save some hopeless-looking positions.