How to be in the top 1%? Discover what differentiates the champions from others. 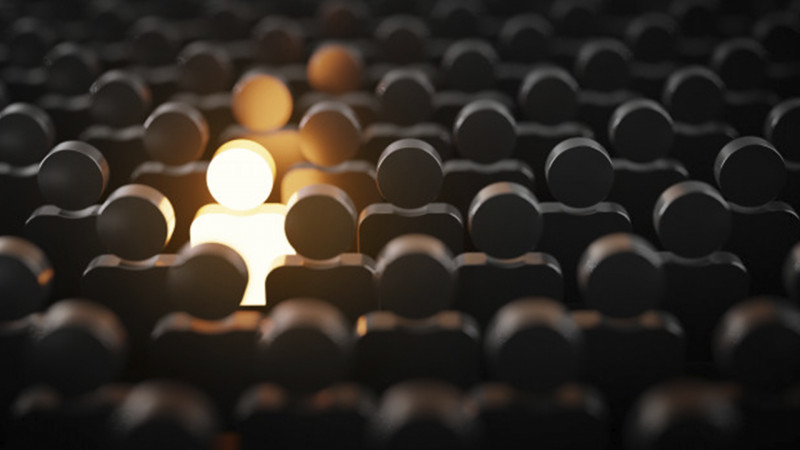 There are more than 7 billion people on the Earth and, most probably, more than 100 billion dreams…But how many of those dreams are ever achieved? This is a very sad question…

As Steven Pressfield said: “Most of us have two lives. The life we live, and the unlived life within us.”

Why does this happen? Why are there so many unlived lives and broken dreams, while some extraordinary people manage to make their unrealistic goals come true and live a full life? 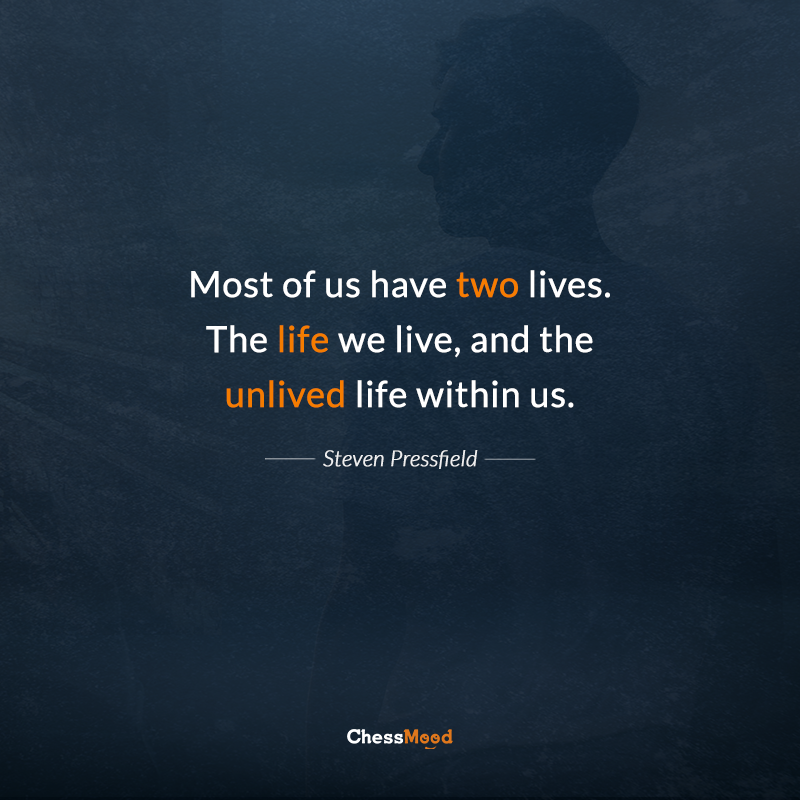 Why are there so many chess players in the world, yet there are less than 2,000 Grandmasters in the history of chess?

Are you interested in your dream/goal or are you committed to it?

Whatever your goal is, no matter if it’s becoming the champion of your club or becoming a Master, you’ll never achieve it by only being interested in it. You need to be committed to it.

There has never been a World Champion or Grandmaster who was just interested in their goals. They were all committed to it.

In 2014 I started practicing Wing Chun (a martial art style found within Kung fu).
There are two main schools - Chinese and Vietnamese.
Armenia has a great Wing Chun school which is a mix of these two directions.

Like in chess, there are titles: NM, FM, IM, and GM. At our school, there were 6 steps.
The 6th one was akin to being a Grandmaster in chess.

I practiced very hard as I had a strong WHY, and within the first two months I accomplished the first step, and two months later I successfully passed the exams for the 2nd step. 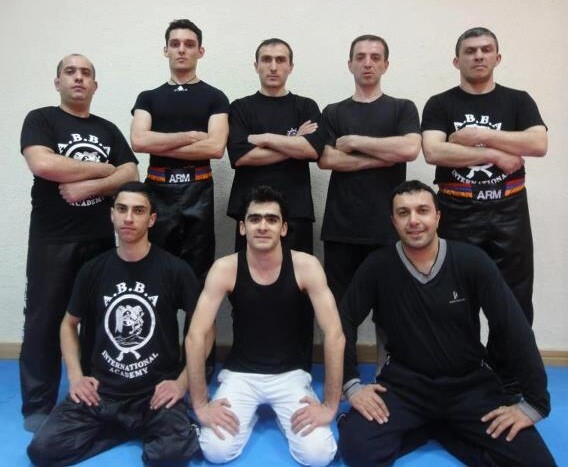 What I found out then was that for getting to the 3rd step I’d have to train for a minimum of 2 years!
I asked my sifu (coach, sensei in Kung fu): “Why is it so easy to accomplish the first two steps, and then there is such a big obstacle between the 2nd and the 3rd steps?” I noticed many people who attended the first two months of the training with great enthusiasm, but when they got to the stage of that big obstacle, many of them quit.

My question was why not simplify things? Why not divide the 6 steps into 12, so that it’s easier for others so that everybody is more motivated to pass through the whole journey with small steps?

My sifu Hayk, who isn’t only my Kung fu coach, but also one of the smartest and most admirable people in my life, gave me an answer, the wisdom of which paralyzed me.

“Our school is attended by lots of people who want to practice Kung fu, and they can be divided into two categories: “Interested” and “Committed”.
The 3rd step serves as a filter. Everyone is welcome at our school to learn the basics of Wing Chun, to get familiar with this martial art, but after that, we want to filter them and continue to train only the committed ones.”

There is a famous video talk by professor Randy Pausch who was diagnosed with terminal cancer. Here is my favorite part from there:

Please pay attention to the last two words.
“Other people...”

Unfortunately “Other people” is a synonym for “Most people.”
Don’t be one of them. Don’t let brick walls stop you.

People often ask me where I get the power to wake up very early in the morning and work till late evening 6 days a week.
How could I wake up at 4 AM and work till 9 PM the year I started ChessMood?
How can I find time to write articles, create video courses, make streams, answer questions in the forum, run the company, and pay the bills?

Now you know the answer, don’t you?!
I'm just committed! And when you’re committed, you’ll figure out the rest.

When founding ChessMood and improving it, we had hundreds of problems each day, and we continue having them till now. But we don’t stop.
I’m committed, our team is committed!

We’ve had days, when we started working at 7 am and finished at 3 am. 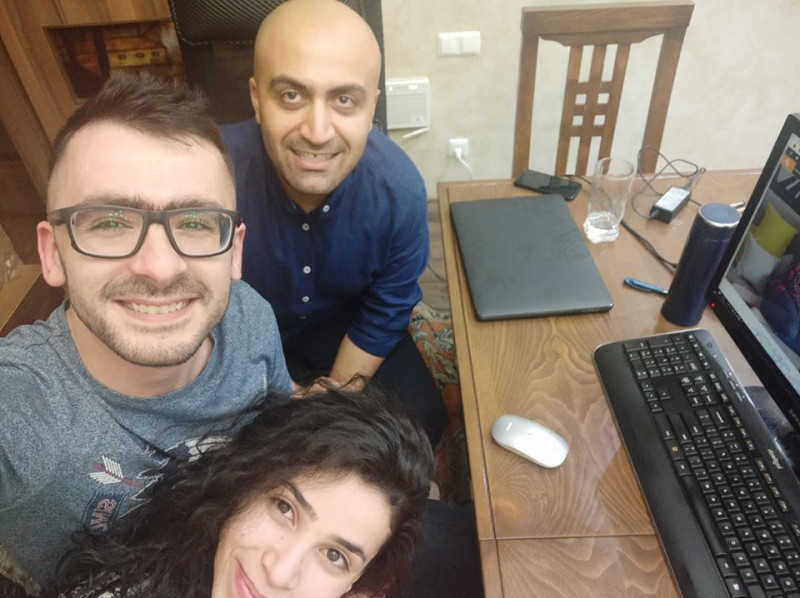 Me, my wife, and Varant working on the ChessMood Store at 3 am the day before the official launch

We’ve had days when we continued running ChessMood being almost financially broke. But we pushed forward...

It’s my goal, it’s our goal! We’ll never give up and will achieve it whatever it takes.

To become 2,000 rated? To become a champion of your club? Your city or your country? To become a Master or a Grandmaster?

Did you answer it? Good. Now please answer the 2nd question - a more important one.

If the fall under the 2nd category – welcome to the champions’ club 🙂
And it isn’t enough to say it only. You should act like that!

The difference between interest and commitment

People that are interested in chess work on it for 1 hour per day; people that are committed, work on chess for 7 days a week or whenever their time permits…

People that are interested in chess watch chess streams when a pretty girl is playing chess for fun whereas committed people watch the streams of Grandmasters.

People that are interested in chess search on YouTube for “Funniest chess moments”; whereas committed people search for “Commented games of Capablanca”.

People that are interested in chess play blitz games for 4 hours a day whereas committed people play for 1 hour a day and then spend time reviewing their games.

People that are interested in chess often find excuses to say “I can’t afford it”; whereas committed people find a way to have a coach or to subscribe to a good educational chess website.

...And in the end, one day interest gives up on its dream; while commitment gets there and enjoys the victory.

I believe that if 1% of the world population were committed to their goals, we would live in a totally different world now.

And I believe the same is true in chess.
If 1% of everyone who wanted to become a Grandmaster was committed to their goal instead of being interested, now the chess world wouldn’t have less than 2,000 Grandmasters, it would have more than 50,000...

My request is - be in that 1%. Don’t be interested in whatever your goal is. Commit to it and you’ll see how the magic starts happening.

P.S. I really hope that after reading this article many things will change in your mindset and you’ll start committing to your goals.
And, as I said, saying isn’t enough, you should also act.
Looking forward to hearing about your actions in our forum.