You can watch the recording here

Go back to the Events

GM Hovhannisyan will play 1-1 blitz games with our PRO Members!  If you win or draw - you play again. If you lose, you give your seat to someone else, until it's your turn again. 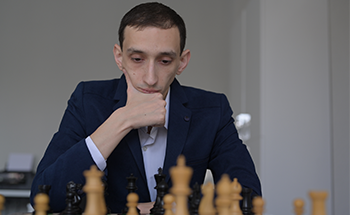 The following month, Hovhannisyan tied for first place with Dariusz Świercz in the World Junior Chess Championship in Chennai, placing second on tiebreak.

In 2013 he won the 6th Karen Asrian Memorial in Jermuk.

The event has expired on 10 May

Go back to the Events

Sorry, it's for PRO Members...