How to Show NO MERCY to Your Opponents

Being 'too kind' or lacking the ruthlessness to win could hold you back in a fight. Get tips on activating your inner “professional evil mode" and becoming a deadly fighter! 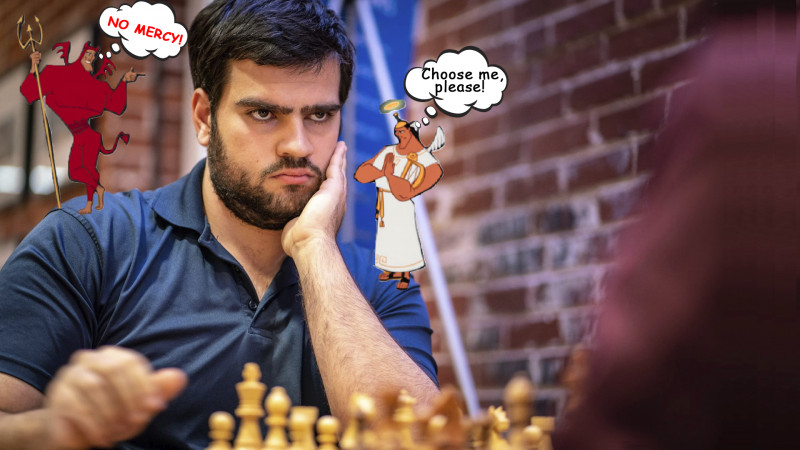 Let me tell you about a type of opponent that’s incredibly difficult to play against.

They stare at the chessboard, with full concentration and focus as if they’re a tiger tracking their prey.

They make cold-blooded decisions and are merciless at converting wins.

They fight as if their life depends on it and never give up, even in seemingly lost positions. And nothing matters more to them than victory.

Players like this operate under an emotional state that I like to call “professional evil mode”. It’s when a player’s thinking about the game with only one thought in their mind: “NO MERCY.” 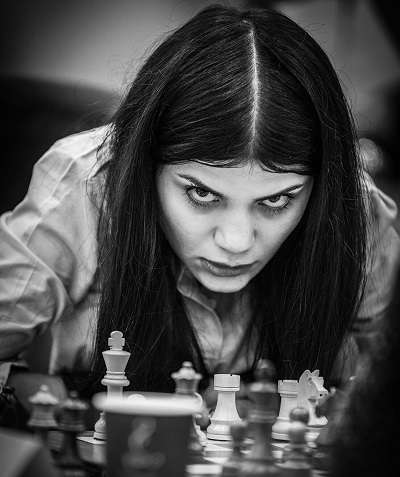 The topic I’m going to discuss here will be particularly useful for players who feel “kind” during games or aren’t ruthless enough with their play. Though, even if you normally have a fighting spirit you’ll also find some interesting ideas here😉

First of all, chess is a sport; and there are two main emotional states you can have during the game. That of a loser and that of a winner.

If you’re rated 1900 and someone is a GM with a 2600 rating, it doesn’t mean you are a loser compared to him. You may be a winner within your group.

For example, let's say you’re an average player rated 1786 and you’re playing chess for fun, you enjoy learning new openings and catching your opponents in traps. Even though you don't have the goal of becoming a 2700 rated GM or a world champion, you can still play with the mentality and mindset of a winner.

Let's take a closer look at the characteristics of both mindsets...

Thoughts during the game –

And the most painful thought of all? My opponent is too strong for me, so it's alright if I lose.

WHAT? ALRIGHT? IT’S ALRIGHT? ARE YOU SERIOUS?

For a moment I’ll leave these questions unanswered and will talk about them after we contrast these thoughts with those of a winning mindset.

Thoughts during the game –

I’m going to win this game, I’m super concentrated and my main concern now is to show my best abilities. And my most favorite one: I don't care who I’m playing against, I’m going to fight until the very end and do everything I can and even MORE!

This time it sounds far better, doesn’t it?
It's all about loving the game, loving to win, and enjoying the feeling of being a winner.

Of course, there are limits to how far you should go in order to win. For example, I’d never advocate throwing pieces at your opponent or kicking them under the table.

Instead, you should simply ignore the authority of your opponent as a chess player – even if they’re rated much higher than you.

By playing with maximum concentration and showing NO mercy, you’ll be in the best emotional state to defeat any opponent.

Transforming into a Peaceful Evil

Now let’s talk about my transformation from a nice kid into an “evil teenager”. 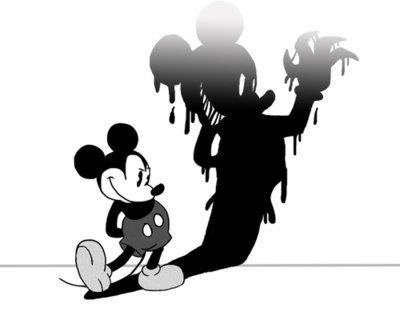 At the age of 12, and with a FIDE rating of around 2240, I played many tournaments and obtained better than average results.

Still, I had a problem. Most of the time, I started tournaments well, moving up the leaderboard with many crushing victories. But when it came to the last one or two games, I would miss some important moves and my results suffered.

Even though I was just a kid, I knew something was wrong and I started to wonder to myself; What do I need to do in order to improve my end of tournament results?

Eventually, my coach helped me to find the answer I’d been looking for. He’d worked with me for a long time and he knew that I was a kind, polite and gentle kid. But while these are, in general, good personality traits to have, he told me that during my chess games I needed to be much more evil! 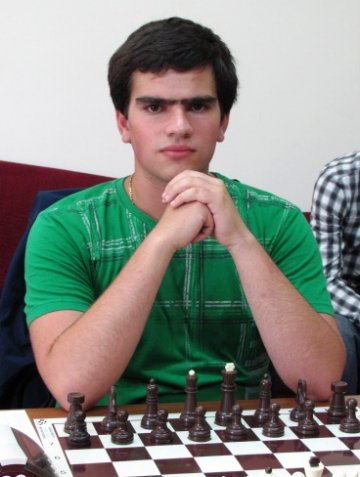 When I asked, “How can I do that?” I got the following reply…
“Imagine that if you lose, you lose everything you love!”

Wow, this sounds like pure evil! But you know what, guys? It really works! I’m not going to tell you that ever since then I’ve won all my games, but I can tell you that every time I play, I put maximum effort, and there’s enough evil inside to give me good fighting chances no matter who I’m playing against!

If you dedicate time from your life into chess then please be so kind to dedicate as much evil mood as required to win your games.

Within four years of changing my mindset, from the age of 13 to 17, I became a GM, won lots of tournaments, trophies, prizes, and I transformed from a quiet kid into a fighter that got good results even against super-strong opponents.

What if I’m playing a friend?

A long time ago, I traveled to play a tournament with three very good friends. It was going well, and I found myself playing on board one against a person who offered me a draw before the game.

I was rated 2400 at the time and he was rated 2570. This person was not just my friend, but he was helping me a lot with my chess. He’s also someone very well known by you – GM Avetik Grigoryan!

To be honest, I had mixed feelings. I wanted to say, “Yeah, sure!”
But something in my mind said, “Just go and fight!”

I lost that game easily😆 But I still felt satisfied. After the game, I told my friend that was the best outcome for me, because I had decided to play with my good friend and lost. Obviously, we can't always be super evil with our friends🙂 But there is an opposite scenario as well. There are guys who we are willing to beat at any price!

I have to beat him!

In my case, there are several players I’m always eager to beat. In particular, there are two GMs (I’m not going to mention their names), that behave very disrespectfully during games. After playing with them for the first time, I promised myself that if I face them again I would do everything possible to beat them, up to selling a part of my soul to the devil!

Since that promise that I made to myself, I’ve faced them five times – winning four times with the black pieces and drawing once. Every time I saw them, my promise popped up like a reminder notification in front of my eyes.

It's definitely much more pleasant to beat such guys rather than your friends.

1. Sell your soul and always be evil.

2. Concentrate as much as you can, think about victory, and show no mercy – no matter who you are playing against!

Who said you can't have a polite discussion about your game after beating the opponent?😉

P.S. Don't forget to share your thoughts on our forum.