Does bullet chess make you better or worse?

Does playing bullet games improve your chess? GM Avetik Grigoryan reveals the answer to this question, backing it up with science.

So they think – “Let me replicate the methods and play bullet because it’ll help me play like these strong players. It’ll also be fun!”

But does playing bullet actually help improve your chess?

I’m going to reveal the answer to this question in this article, backing it up with science. I’ll also share:

Before we jump in, let’s be clear on what’s classified as a bullet – It’s any time control where each player has less than 3 minutes for the entire game. The most popular one is 1+0.

Dear friend, my recommendation regarding bullet chess is based on years of teaching, coaching, playing at the Grandmaster level and working with many professionals.

It is provided to you with the intent to help you improve your chess on max speed.

However, I’m sure, some reading this will disagree and continue on their own way regardless of what science and professionals say.

I value your time very much, so please only read on if you are open to learn, to stop the bad habits, and want to maximize the speed of your growth.

If you’re still here, great!
We’ll start right from the science.
Not too much 😊 Just a little bit will open your eyes.

The scientific explanation of the uselessness of bullet chess

In his bestselling book “Thinking, fast and slow”, Nobel prize-winning psychologist Daniel Kahneman, states that the human mind is divided into two types of thinking: System 1 and System 2. 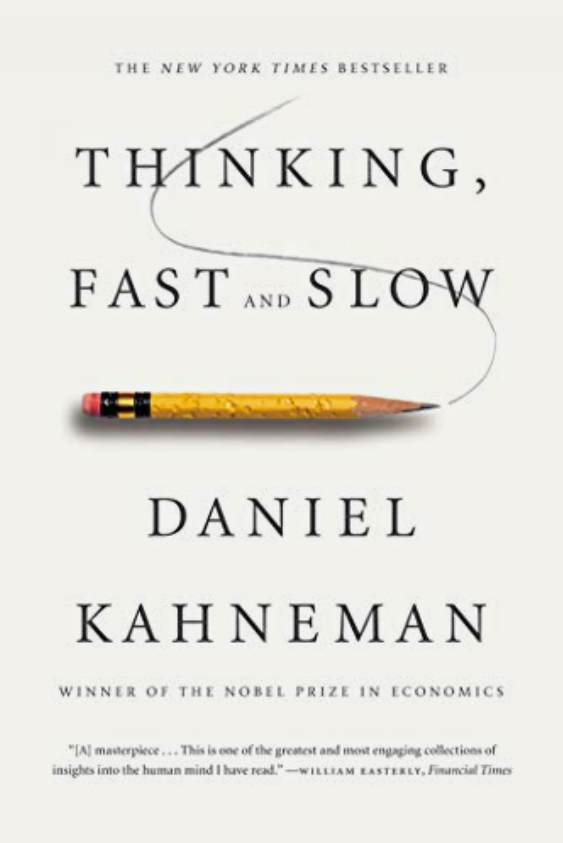 “System 1 operates automatically and quickly. It is often driven by instinct and intuition.

System 2, on the other hand, is more thoughtful and analytical and addresses effortful mental activities.”

“System 1 is our default mode of thinking because it requires less energy. When we are on autopilot, System 1 is at work and our current mental model of the world dominates.”

“It’s only when we activate System 2, by really working hard and struggling to figure something out, that we have the best chance of examining new information critically and integrating it into our web of knowledge. True learning requires System 2."

“Our actual knowledge consists of brain cells called neurons that are linked by axons, which function like fine electrical wires in the brain. When we learn something new, electrical activity travels between neurons along these axons.

At first, the connections are weak and we struggle with the new skill, whether it’s properly using grammar or using our nondominant hand on the basketball court.

If we give in, opting not to struggle, System 1 takes over. We default to the already strong connections in our brain and continue using adjectives instead of adverbs or dribbling with our right hand instead of our left.

But if we keep working at the new skill, the connections between neurons strengthen.” 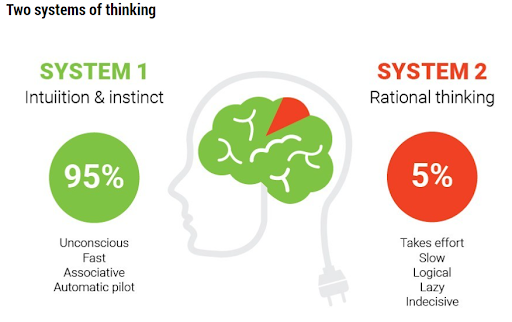 Now it becomes clear, bullet chess is bad for your chess improvement, because in this time format you're heavily relying on your intuition and playing on autopilot – these are system 1 functions.

You play, play, and don’t learn anything new, as you don’t connect new neurons.
Your system 2 takes a rest, together with your growth.
Real improvement happens when you're actively working to figure something out – a function of system 2.

The difference between bullet and blitz

Blitz is a bit different.
During it, you have some time to use system 2.
Yeah, when seconds are left your brain switches to system 1.
But at least, part of the game you play with system 2 and connect new neurons.

Now it becomes logical why when you’re an absolute beginner you should avoid short time controls.

You’re a beginner, there are no connections in your brain. And system 1 can use nothing to navigate. You need to play more with longer time controls to make new connections and give material to your system 1.

And by improving, you can start practicing blitz.

Bullet isn’t just useless, but also harmful.
Every strong coach I know, who cares for their students' growth, forbids them from playing bullet chess.

When Kramnik was working with Indian youngsters he also forbade it. 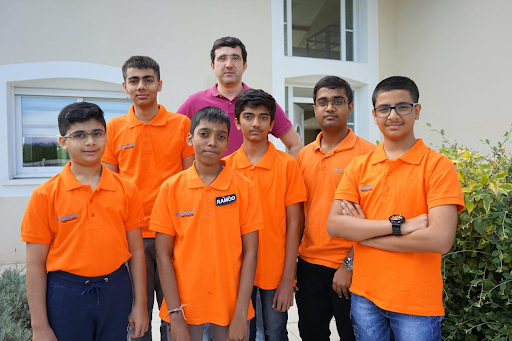 He said “Not with me. Once you leave here, it's your business. But not with me.”
He also joked, “Why do you use a chessboard? There is no point, just put the clock and push the clock, and the 1st one who wins on time wins. There's no point to have a chessboard as it's not chess anyway!"

Blitz is okay, but no bullet!

How does bullet affect your game?

The biggest problem of bullet is that it’s not just useless for your chess improvement, as you’ve seen, it’s also harmful.
Here are the main bad habits you’ll get if you constantly play bullet.

1. You learn to make impulsive decisions

2. You ruin your calculation techniques
Candidate moves? Forget about such words. You don’t have time in bullet chess.

3. You create wrong connections
This is the biggest problem.

Here is a fresh example.
One of our students posted a nice game in our forum in the thread “Games with ChessMood openings”. 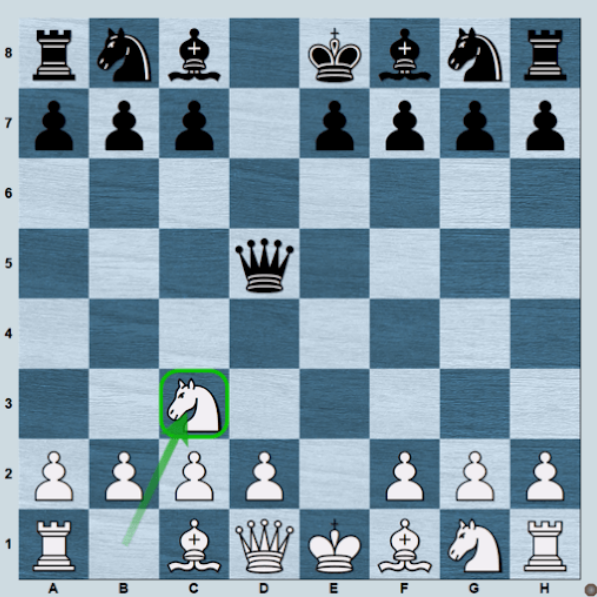 And then indeed he played a nice game.
But when I told him that is not the ChessMood opening and against Scandinavian we play 3.Nf3!, he was surprised.

After checking his database it was clear why that happened.
He played lots of bullet games, always played 3.Nc3, a natural move, and created a wrong connection in his brain.

Are there any advantages of playing bullet or are there only downsides?
Well, if you’re a Grandmaster and preparing for an online blitz championship, playing bullet can be a good exercise.

Here are some advantages of playing bullet:
1. You become very good at time scramble
2. You become good at premoves
3. You learn lots of “bad” tricks 🙂

Many would say you improve your tactics and other things…
Maybe you improve… A little.

But the question shouldn’t be, “Is it useful?”
But is it the most effective activity you can do?

The answer will be clearly not. There are so many other things that will improve your tactics 20 times faster than by playing bullet.

Why do many streamers play bullet?

Of course, there are some streamers who do it to help you to improve your chess.
But most of the streamers’ success metrics are the number of views and followers.

And for a viewer it is more entertaining to watch someone play bullet, isn’t it?
See all the crazy emotions and fun, or watch someone explain when a bishop or knight is better?
You got the point.

We also tried it.
During the streams, all our focus is on our students' education and improvement. We stream playing openings we teach, hold webinars on their common questions, and other stuff.
But once GM Gabuzyan convinced me to try playing bullet during the stream.

We had this headline with “Don’t try this at home.”

It was our most-watched stream…

Why did we do this only once?
Our focus is your growth, not the number of our views…

And here is motivation for you.

Most of the chess world wants fun and entertainment.
Do what they don’t do, go with the most effective training methods, and you’ll be ahead of 99% of them.

Start with removing bullet chess from your schedule.

Don’t think that Grandmasters are robots and have iron discipline.
Not at all.

Well, some have, but most of them do not.

And as they compete on high levels, in fierce competition, their nervous systems are very often stressed. For many, one of the ways to relax is… to do things like playing bullet…

It’s one of the bad habits some top players have.
But all the professionals I work and worked with, they all acknowledge their bad habits and work on them.

And it's less harmful for them than for someone below 2,000 rating.

They already have lots of system 1 connections.

That’s true!
It’s fun, there is an adrenaline rush, emotions…

But I’m retired and don’t have ambitions as a player. I would have no emotion if I were to get back above 2,600. There is no difference for me.
I’m interested in my students' growth.

If you also don’t have any ambitions to improve at chess, fine. Go ahead and play bullet as much as you would like.
If you love adrenaline, when we meet, I’ll also take you around on my motorbike. Maybe then you’ll switch from bullet to motorbike? 😁 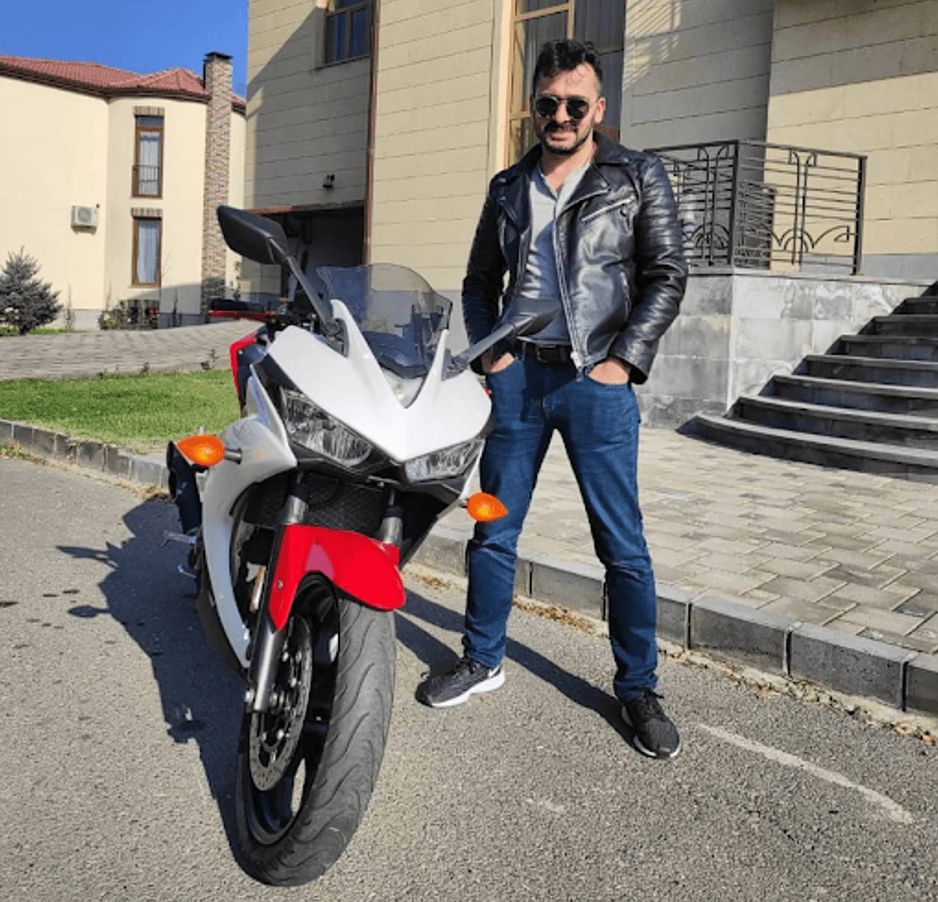 Joke aside.
Play for fun. Fine.
Just know that it's not only useless but also harmful.
And don’t fool yourself that hours spent on 1+0 chess was training.

And if you can’t stop yourself from playing bullet, pick at least 2+1 control.
If it's too boring, okay… 2+0.

I hope this was for you

This article would have had more readers and shares if I wrote about why it’s cool to play bullet 😁 But I’ll not repeat what my personal success metric is.

No, actually, let me repeat it.
It’s your chess growth, raised rating points and love for the game!

I wrote this article for 1% of the chess world.
99% just want fun, and even if they want to improve, they do all kinds of strange activities and never succeed… But at the same time trick themselves that they’re on the right track…

I can imagine how many will leave negative comments below this article and disagree not only with me, but also with Nobel prize-winning author Daniel Kahneman and world champion Vladimir Kramnik.

That’s okay.
I wrote the article for the 1% who wants to learn how to improve chess as efficiently as possible.
I hope you’re in this 1%.

For your growth,
Avetik “not bullet’s friend” Grigoryan 😅

P. S. You can share your thoughts in our forum.