Raise Your Rating by Cutting Your Losses 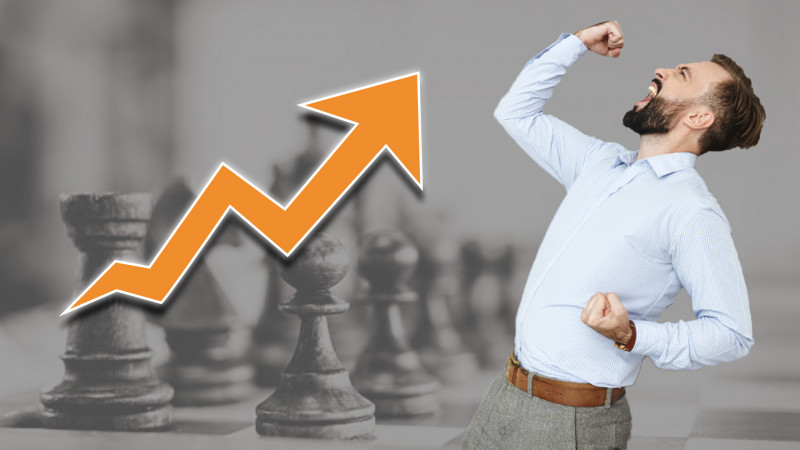 In the previous article, we talked about biological rhythms, about the importance of listening to our bodies and not playing chess when our body doesn’t want to.

That was one of the main reasons why sometimes our results are very bad.

In this article, I’ll speak about 2 other reasons and in the end, I’ll give you a super practical tip that will change many things in your chess career.

There’s a guy named Bob. He’ll be the hero of this article 🙂

Bob’s played online chess (around one thousand games) and his rating is 2000.
What do you think, is his strength 2000?

If you say, “yes, of course”, you’re half right and half wrong.
Let’s see.

Just like almost everyone, Bob plays at different times during the day.

Now I’m asking you the same question: what do you think, is Bob’s level 2000?

You were partly right if you said “yes” because his average strength is actually 2000.

But imagine if Bob starts playing only when he’s in a good mood. Only when he really wants to. Only when he feels energized and has the feeling “Now I’m going to crush everyone”.

You know what I mean, right?
His average level will be 2000, but his maximum potential will be 2200.
Why average if it’s easy to achieve the maximum?

And the best thing is that it can be done very easily.
How?

Just don’t play chess when either your body or your brain doesn’t want to.

If you’re screaming now “I can’t do that! I have a family, I have a job, so I can play chess only at 11 PM”, just wait a bit. I’ve got something cool for you!

When you’re in a financial crisis, what do you do among the first things?
You cut unnecessary expenses, don’t you?

If you’re a businessman, what do you do when some of your ads are performing very well and bringing you money and with others, you simply lose?
You cut the losses, right?

If you’ve ever played Poker, you must know the golden rule “Minimizing losses is a win”.
With good cards you should try to maximize your wins, and with bad cards lose as little as possible.

The same can be said about chess.
You can cut the losses.
You can simply stop playing when your body or your brain doesn’t want to.

Your actual rating is the sum of your good and bad games.
Let’s cut the bad games.

When do we play bad games?
Well, sometimes it happens even when everything is alright, but most of the time our games are bad when we’re tired or not in a good mood.

Simply by playing fewer bad games, by playing less when we’re tired or not in the right mood, we increase your rating.

I really hate hearing the phrase “I can’t”. I hate hearing excuses.
But at the same time, I know people who love chess so much and they really can’t play chess ONLY when they feel fresh or when they have a good mood.

They have families, jobs, kids…

No worries! 🙂 I have a good tip for you.

Create a second profile.
With the first one, play only when you feel energized, your mood is super and your hand is shaking from the desire of playing chess.
Use the second profile when you come home late, you’re tired, your mood isn’t super, but you love chess so much that any way you want to play.
Or you’re not in a mood, your heart wants to run from your body, and only playing chess can calm you down 😀😀😀

Okay, in these cases you play with that second profile.

If you do this, you’ll see a big difference between your ratings of the two accounts. At least 100-200 points.

Another problem with playing when your brain doesn’t want to is that it hurts your confidence.

When you aren’t in a good mood or you’re tired, but you still play chess, most probably you’ll play badly and lose rating.
And the worst thing is that you lose not only your rating but also part of your confidence.
It depends on your mental strength whether you’ll lose much or little of it, but either way, you’ll lose some.

And losing your confidence will affect your next sessions.
So why should you lose rating and confidence when it’s possible not to?

Champions, among all the articles we have, I think this is one of the most important ones.
Just by following this rule, you’ll be amazed at your results and how you increase your rating.

If you’re not in a mood to play chess or you feel tired, don’t play either.
That’s it. Your body and your brain will appreciate it and will reward you in the form of a rating.

This time there are no steps. Just do it!
The best is if you follow the golden rule.
But if your lifestyle doesn’t allow you to do so, try the “two profiles” tip.
You’ll be amazed at your results.

To your fast growth… See you at the top!

P.S. I wish you good luck and I’m looking forward to hearing your feedback on what changes you’ve made and how much rating you’ve raised after reading this article and cutting the losses.

P.P.S. If in your heart you feel grateful for this article and want to do something for me, here it is.
Your success is my success.
The more of you that raise your rating, the happier I’ll be.
So please share all the useful articles, tips, and whatever you get from here with your friends.

You can share your thoughts about this article in our forum.