In this example-packed article, GM Hellsten explains how the powerful team of a knight and a queen can combine as a deadly attacking force. 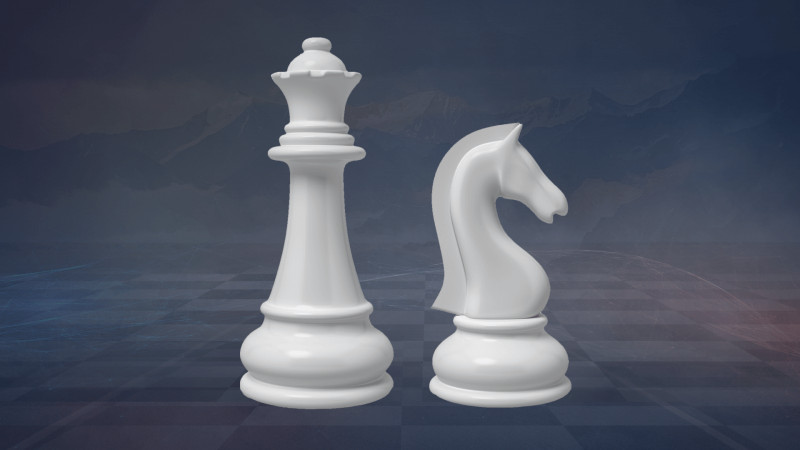 Let’s think for a moment about how the pieces in our game complement each other. A Rook and a Bishop move in completely different ways, so they usually work very well together in the endgame.

For similar reasons, a Bishop and a Knight cooperate beautifully in many positions, not to speak of the Bishop pair. In any position, two Rooks on the 7th rank is a devastating force. And on a good day, 2 connected passed Pawns can surpass an entire Rook.

As for the Queen, often she is very powerful on her own. However, a great companion for her at any stage of the game is the Knight.

Many years ago, José Raúl Capablanca stated that a Queen and a Knight make a strong team, and his viewpoint has kept its validity over the years.

One simple explanation is that the Knight is the only piece that moves in a way, in which the Queen doesn’t.

Knight and Queen in Attack

In this article, I’ll share some examples where the powerful team of Queen and Knight had a key role in the attack.
Let’s start with a simple one: 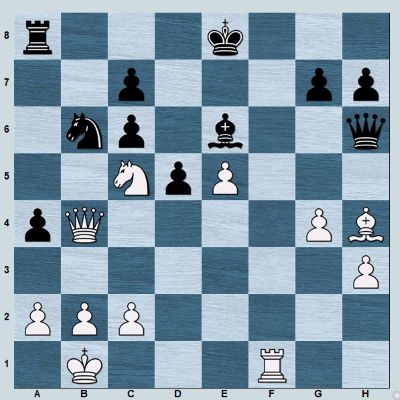 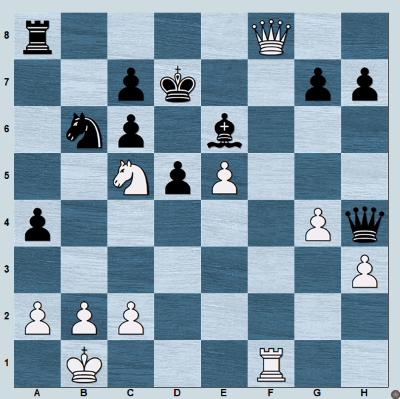 A very nice mate! Note that when delivering mate, the Queen and Knight are often placed on squares of the same color, like f8 and c5 on this occasion, in order to control more squares. 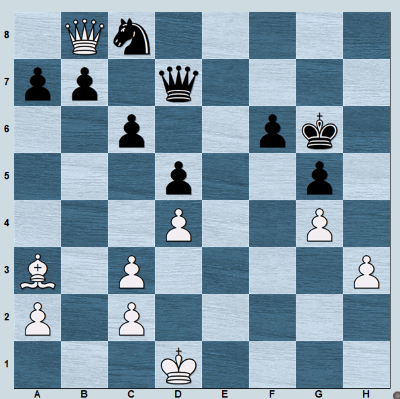 The team of Queen and Knight steals the show.
34.Qxc6+ Kf5 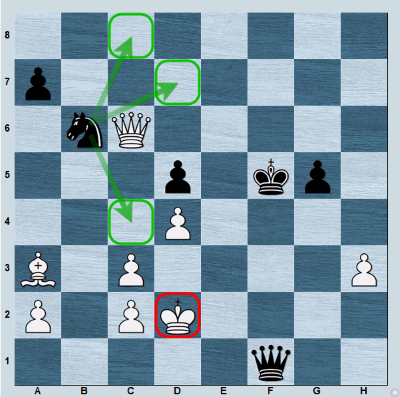 Anand's mating pattern is just around the corner, and unfortunately for White, he has run out of Queen checks.
35.c4 Nxc4+ 36.Kc3 Qf3+ 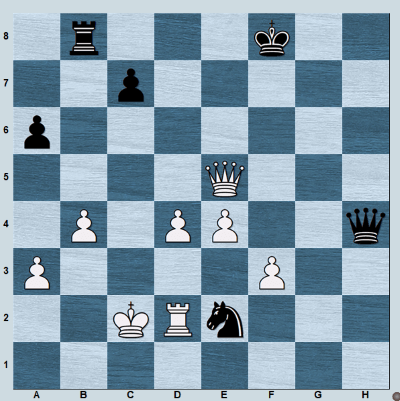 Black is under pressure, but applying the same mating motif he managed to save a draw.
30...Qe1! 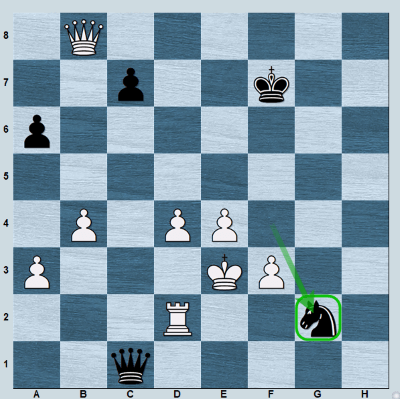 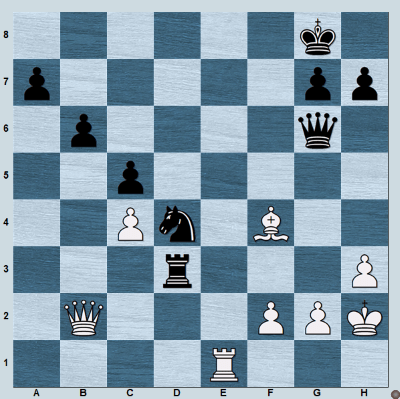 When Queen and Knight combine for an attack, all kinds of mating motifs can appear on the board. Here Rublevsky spots a rather unusual one.
39...Rxh3+! 40.Kxh3

In the game, Morovic had already resigned after 39...Rxh3+. 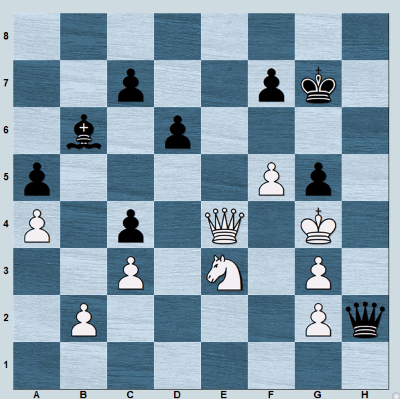 Here is a more complex case where the team of Queen and Knight works with multiple mating motifs.
31.f6+! Kxf6 32.Nf5! 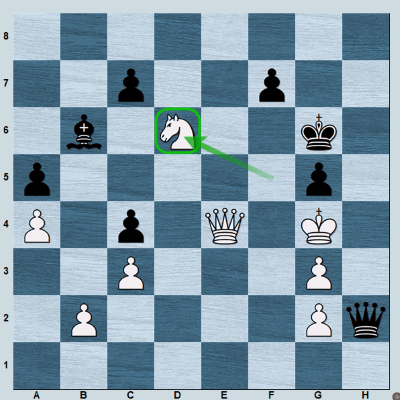 The mate on g7 is inevitable. 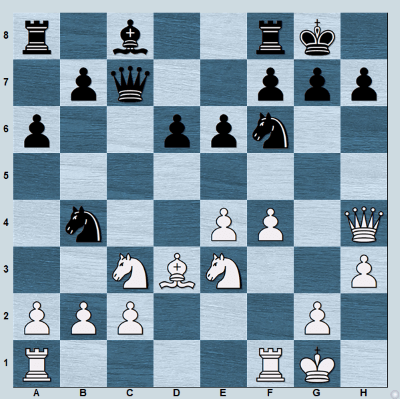 In a typical Sicilian battle, Black has neglected development and is now punished by a queen and Knight in tandem.
15.e5! dxe5 16.Ng4! 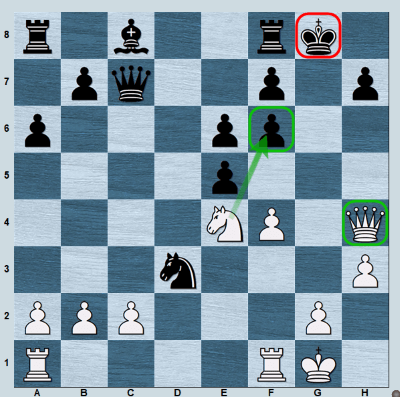 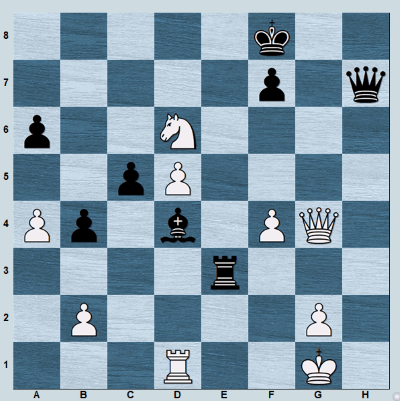 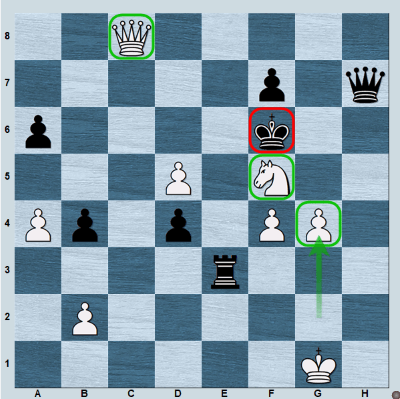 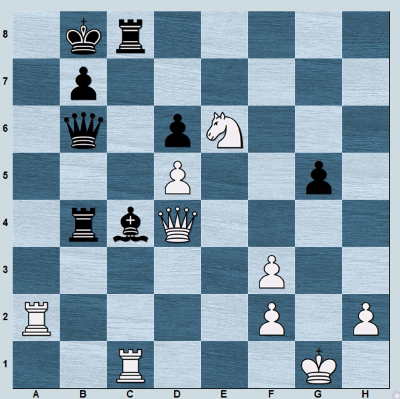 In this rather chaotic position, White spots a distant mating motif with the Queen and the Knight.
56.Qa1! Bxa2 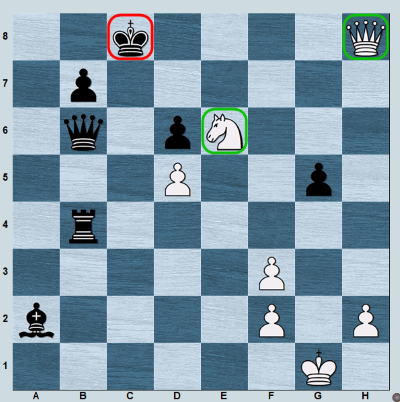 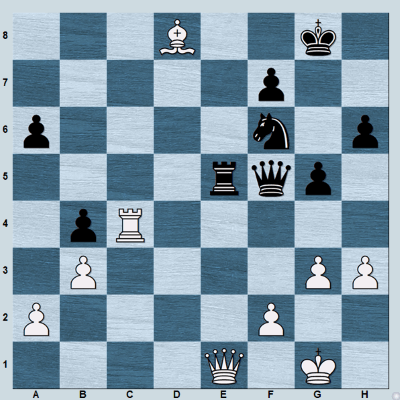 Even the world’s best players sometimes forget about the dangerousness of the Queen and Knight team.
34.Qd1?

It seems that White is about to simplify into a better endgame, however...
35...Ne4! 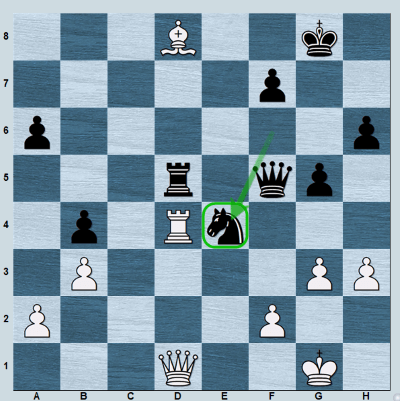 Black gives mate on f2 next move. In fact, Giri had already resigned after 36...Qe5. 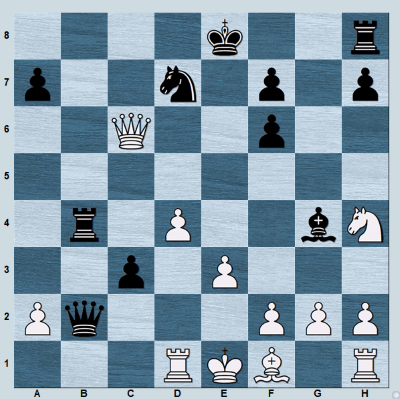 Fortunately, there’s a move that defends against both threats, and also wins the game!
19.Bd3! Bxd1 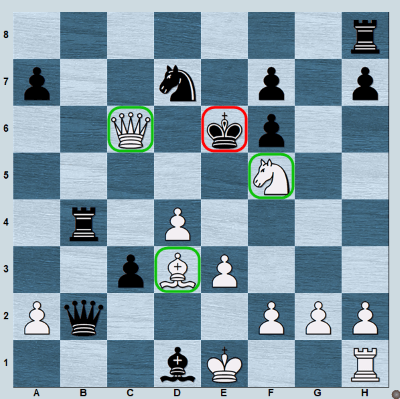 These examples should help you to spot Queen and Knight mating motifs in your own games, and inspire you to victory!

I hope you’ve enjoyed this article.
You can also check today’s Daily Lesson with a Grandmaster, where I show another nice example on this topic.

P.S. Feel free to share your thoughts and ask any questions about this article in our forum.