Exchange, Distract, Destroy! The 3 Principles of Attack in Chess

Learn 3 important attacking principles in chess to override the opponent's defenses and finish off the game. 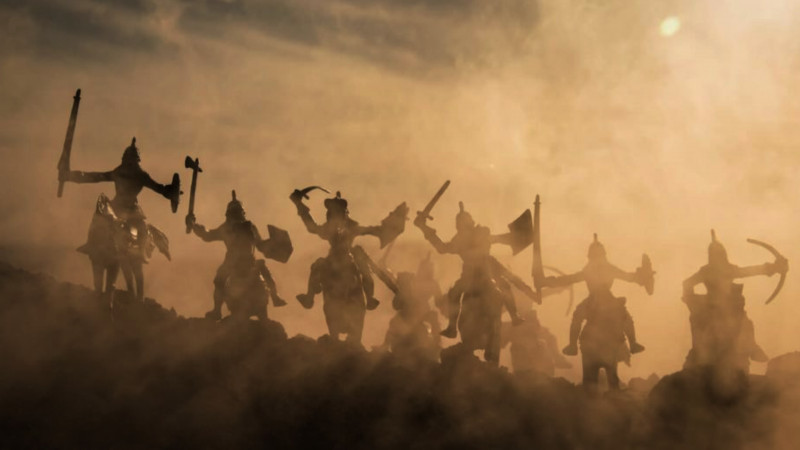 Dear chess lovers, in this article I’m going to cover one of the most exciting topics in chess — Attack.

Attacking is a very big topic where we can discuss how to start an attack, which factors make us think that we can attack, when the attack will work, and when it won’t.

I’ll share with you some cases when you already have an attacking position, and usually, the only obstacle between your pieces and the opponent’s King is a defender.

Very often the opponent’s King is surrounded by a piece(s), or a strong pawn chain, and in order to checkmate we need to exchange, distract or destroy this piece.
In an attacking position, before starting your calculation, try to figure out the defenders and only then look for a strategy.

Exchanging the defender is very logical while attacking and getting rid of the piece next to the opponent’s King has the simple intention to weaken the defense.

Let’s take a look at the position below. 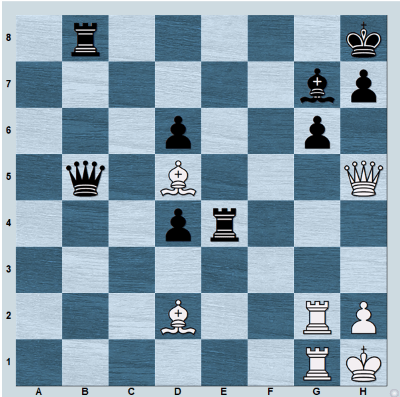 In this messy position, white has a very strong attack. At the first sight the move 1.Rg6 should be winning, but black has a very strong defensive move - 1...Re5, and after taking on d5 with a check, black will be fine.

The Bishop on g7 is the black King’s defender and an obstacle for the white Rooks to get to the g8 square.
So what should we play here? 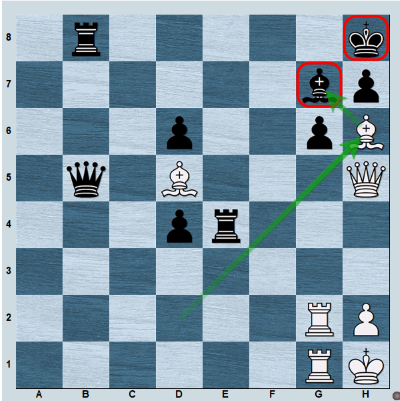 We are trading this Bishop! If 1...Re5, now we play 2.Bxg7 followed by Rxg6+ and a quick checkmate.
If 1...Bxh6, then we take on g6! 2.Rxg6 and after 2...Re5 we have 3.Rg8+ with a mate in the next move!
An additional note - whenever your opponent’s King is located behind the fianchetto Bishop, that Bishop is usually the best defender. Let’s take a look at another position. 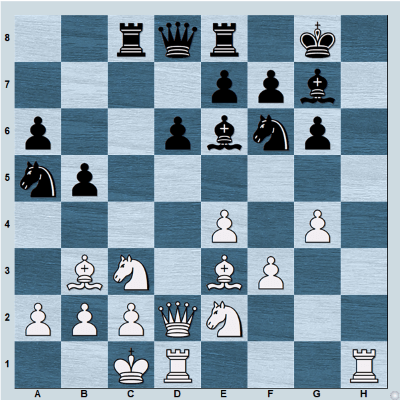 In this position, both sides are attacking. White has the “h” file and black has the “c” file. We need to create some threats but obviously the Bishop on g7 is defending important squares! Obviously white’s move is 1.Bh6! 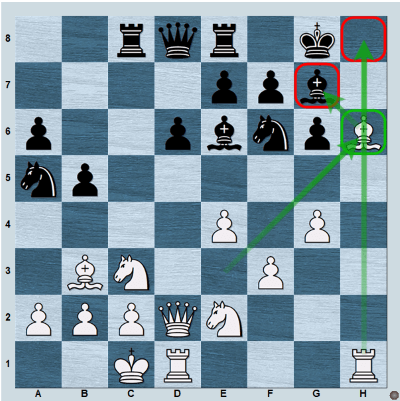 If we manage to get rid of the Bishop, we can easily put our Queen on the “h” file and checkmate black’s King. Black has to take action, and plays 1...Bh8. 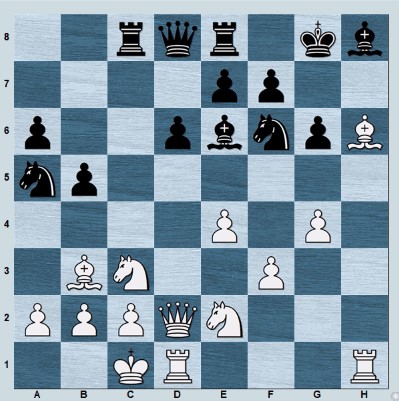 Looks like white’s attack is stuck now. If we bring our Queen to the “h” file and play the Bishop back, black can play Bg7, and the “h” file is safe again.

How should you play here as white? 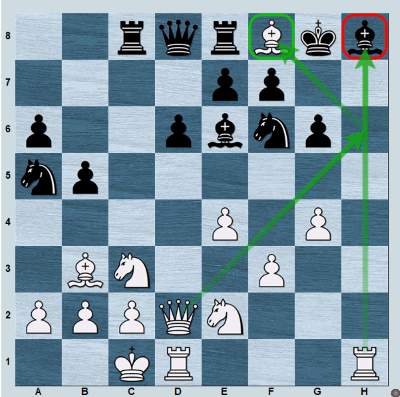 If in case of an exchange we don’t lose the material, by destroying we give away a more valuable piece for a less valuable one, like a piece for a Pawn, or a Rook for a Knight, etc. But be particularly careful, because if in case of an exchange you lose nothing, here the price of a mistake can be very high, as you give away some material.
Let’s take a look at the position below. 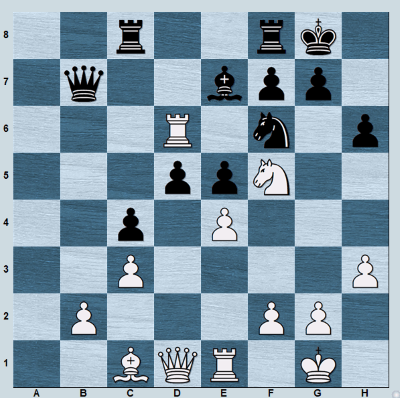 The key factor that makes us think we can attack here is our super-strong Knight on f5. Looks like the King’s defenders are the Pawns on g7 and on h6, as well as the Knight on f6. But the white Rook is under attack, so we need to be really specific in our actions.

It’s already obvious that the move is 1.Bxh6! 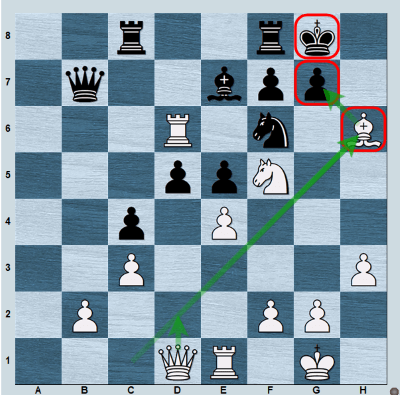 Crushing the King’s pawn structure is the beginning of the end!
Another useful tip!
Why does 1.Bh6 work and 1.Nh6 doesn’t?
In the same way that the King has defenders, you have attackers, so the Knight on f5 is the most important attacking piece, and keeping it alive is a great idea!
After 1...gxh6 white plays another strong move - 2.Qd2! 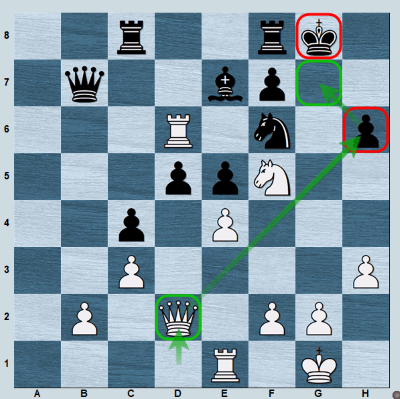 After destroying the defender in front of the black King, it’s time to bring the strongest attacker into the game (in general, Queen+Knight is a super-strong attacking power).

In this example, it was really obvious which defenders should be destroyed, but there are cases where the opponent’s King has some indirect defenders.

Let’s take a look at the next example. 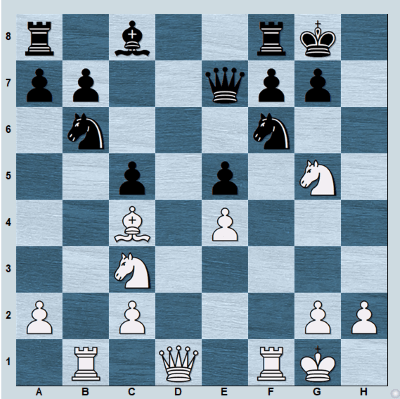 Looks like white has all the reasons to attack - active pieces, open “f” line, and there’s no Pawn on the “h” line, so the h7 square is weakened.
Try to figure out the defenders of the black King.
What do you think?

I agree – the Pawn on g7, the Knight on f6, and …?
I am glad if you figured it out!
The Knight on b6 is an indirect defender, as it’s attacking the strong Bishop on c4 and controlling the d5 square, which can be a key for the Knight on c3!
So the first move is 1.Rxb6!

We get rid of an indirect defender, and now after 1...axb6, we are one step closer to the black King. The Knight on f6 is another defender and here we distract it by playing 2.Nd5! 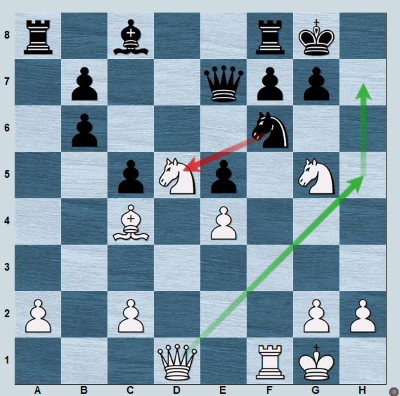 After black takes on d5, we play 3.Qh5, and threats over the black King are unstoppable.
If black plays 3...Nf6 back, we just destroy this piece and checkmate on h7! 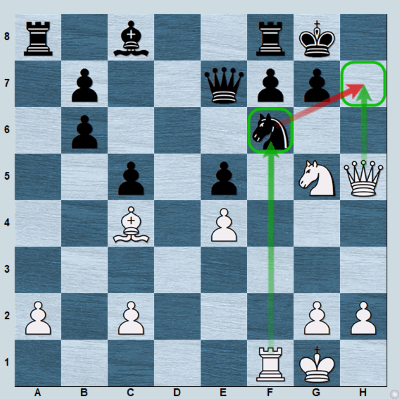 By distracting, we try to temporarily take the defender’s attention from the King and use that time to create decisive threats!
Let’s see some examples. 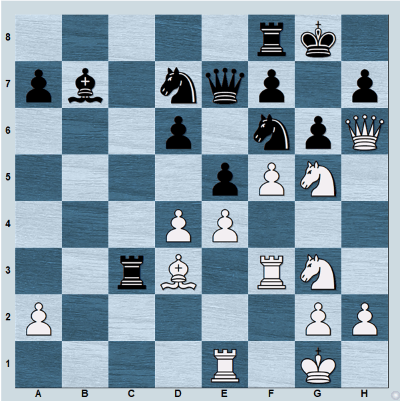 White has a very good attacking perspective due to the strong tandem of the Queen and the Knight on g5. In addition, the Rook on f3 has a big potential to join this attack from g3 or h3. But the black King has defenders - the Pawn on g6 and the Knight on f6, so we should distract these defenders.
We play 1.Nh5! (In the game was played 1.Ne2?) 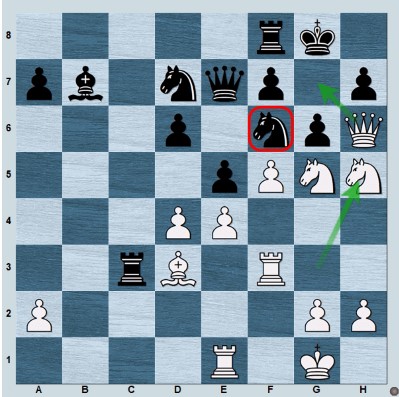 This way we try to distract the Knight from defending the h7 square and the Pawn on g6 from covering the “g” line.
So black has to play 1...gh5, and there is another strong distraction - 2.Nh7! 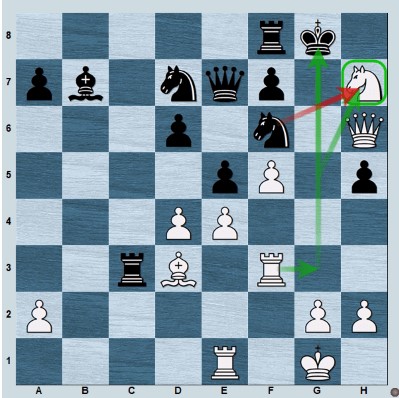 Sometimes we’re going to get very messy positions while attacking, and knowing the right strategy is the key. 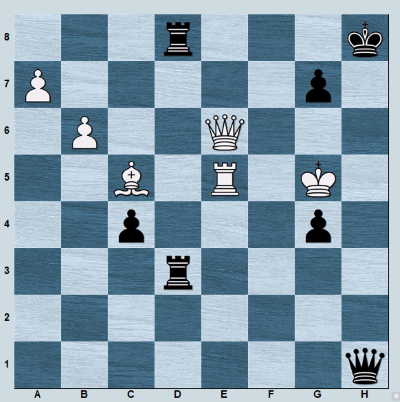 In this crazy position, the black King has several defenders - the Queen on h1, the Rook on d8 and the g7 Pawn. If we try to play 1.Kg6 now and make threats on the 8th rank (2.Qe8 is coming), black has an opportunity to give some checks from the h6 or h7 squares.
That means we need to distract black’s Queen. 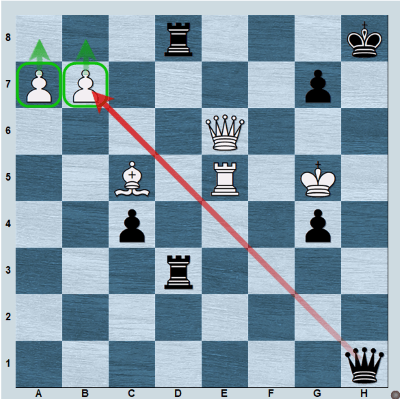 By making threats of promotion we force black to take the Queen away from an important line. And after 1...Qb7 now we play 2.Kg6!! (who said that the King is a bad attacker?) 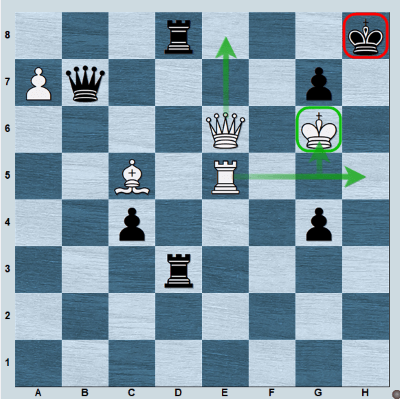 With this move we are opening the “h” line for a check and also taking away the h7 square from the King, so now 3.Qe8+ is a mating threat as well.
Black has to resign.
The last example of distraction is just a brilliant one. Take a look at the position below and try to think about how to play for White. 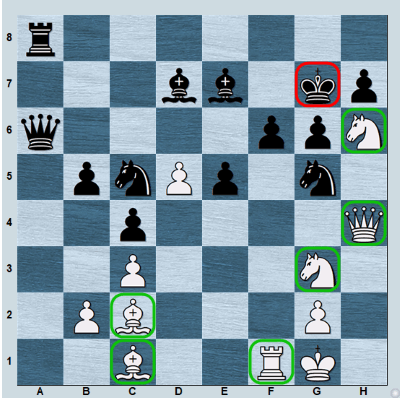 White has super-strong attacking perspectives as absolutely all the pieces are targeting the black King!
At the same time white is two Pawns down so has to be really quick and precise.

Let’s figure out the King’s defenders. The Pawns on g6 and f6 and the Knight on g5.
We start with 1.Nh5+ giving away the Knight but activating the Bishop on c2! 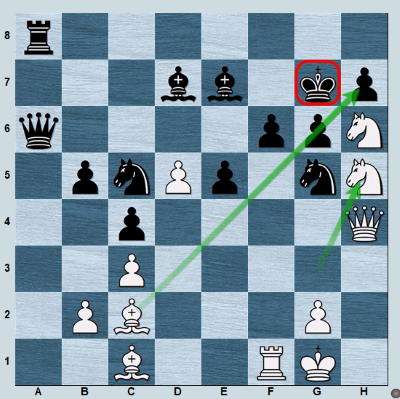 We managed to distract the g Pawn from the defense, now it’s the f6 Pawn’s turn, as we need to open the “f” line as well, and so we play a spectacular move 2.Qg5+!! 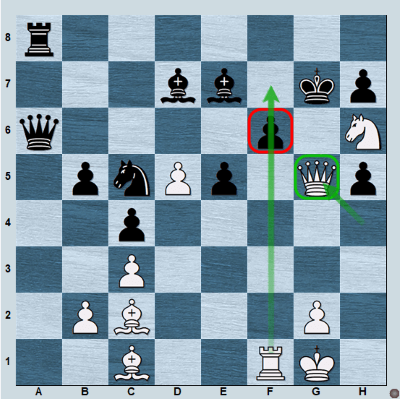 At such a high price we destroy the Knight on g5 and open the “f” file, so after 2...fxg5 a decisive move 3.Rf7 is coming and then checkmate on h7. 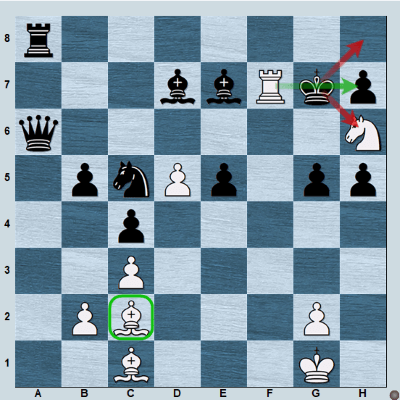 Just a masterpiece of attacking!

What should you learn from this?

In chess, there are millions of possible positions that can arise, and as such, it’s hard to make rules that fit every specific situation. But anytime you’re launching an attack on the opponent’s King, or you’re stuck and in need of a strategy, paying attention to the defenders is an effective technique. This will allow you to think in the right direction and organize your attack in a logical way!

P.S. Examples are taken from a great book “Perfect your chess” which I absolutely recommend having if your rating is 2000+.

P.P.S. As always, feel free to share your thoughts in our forum.
I hope from today you’ll attack your opponents much harder 🙂