Main Channel
The Best Games of May and the Prizes

Hello ChessMood Family!
Welcome to the Best Games of May contest.
Under this post, we invite you to post your best games that you will play in May.

The winners of April's contest are:

this game is with my annotations! an awesome game with awesome attack and a beautiful endgame!!!!!!!!  do check it out and also my active pieces just controlled black forces thank you chessmood lernt a lot from you!!!  P.S. I was black and you can view the game by copying the entire text and then pasting it in chessbase

btw I am really excited for your new courses!
REPLY

My real name is Jaylen Lenear. This game was none stop forward chess even tho that wasn't my intention those were just the best moves in my opinion

I manage to save a loosing game.
REPLY

A game where all my pieces are hanging at move 12. FM got crushed quickly. Beautiful sacrifices and more. consider watching.

This one was fun! I am sure you will enjoy the finish as much as I did!

Not a big fan of 3/2, but tried a few games in Chessmood tournament.  No fun getting roughed up by guys 700 points stronger than me, but here's one that went my way.

Another entry and another pretty good accuracy score 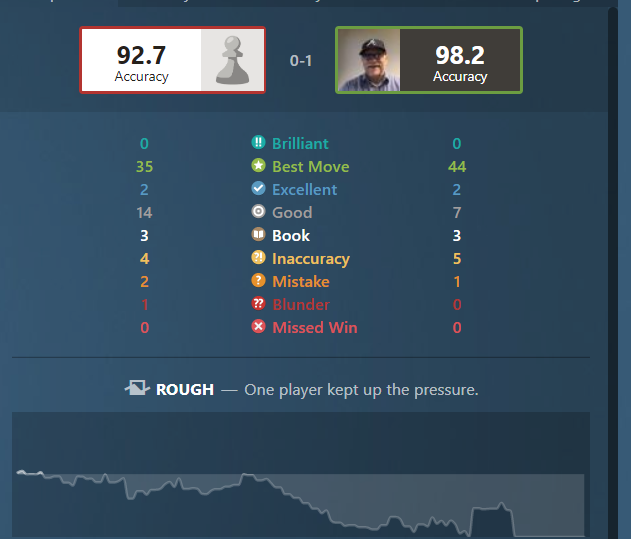 Here is one of my games using chessmood opening that makes a BIG difference!