Main Channel
The best games of December and the prizes

Hello ChessMood family, hello champions and future champions!
Welcome to the "Best games of December" competition.
Under this post, we invite you to post your best games that you will play this month.

P.S
Here are the winners of November.

Beated a strong Gm with a little opening trap!
REPLY

A nice win with the Chessmood Grand Prix!
1 REPLY

A convincing win in the symmetrical english!
REPLY

last day of the year - some mistakes, but nice finish 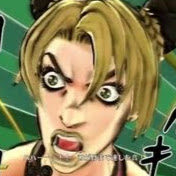 Hello everyone! I am amazed with articles on chessmood! They are so true and extremelly instructive that I will surely be frequent guest here :) Thanks to GM Avetik for creating fantastic site with great content to apply not only in chess but also in life!

I would like to share with you a game with I played in real tournament (not on-line I mean). Unfortunatelly the game was played on 22 of November, but is my game of the year so I decide to show it to you.

The game was played at Academic Championships of my province. Time format was 10 minutes with 5 second increment. After win in the first round I played at the first table with new "big fish" who suddenly appeared as a student at the tournament. I am talking about FM Dawid Czerw who is well known streamer in Poland and chess.com main character in Poland. Everybody was of course in masks so I discovered my opponent identity 2 minutes before the game! xD I was really excited, we sat at the table, instead of handshake was fist touch. I was white and the game started: 1. e4 c5 2. Nf3 Nc6 3. d4 cxd4 4. Nxd4 e6 here I pause trying to recall move which stops idea of 4. ... e6 I fount it quite fast (about 20 sec) and we continue: 5. Nb5 d6 6. c4 a6 7. Nd4 Nf6 8. Nc3 Be7 9. Be2 O-O 10. O-O Qc7 11. Be3 Ne5 here I of course do not want to defend passively with 12. b3, so I calculated 12. Rc1 and asses correctly that it defends tacticly, we continue: 12. Rc1 b6 13. f4 Ned7 here I pause again. My opponent just retreat and it is obvious that my position is better due to more space. Best move strikes to me instatntly - Bf3 of course, but then he would play Bb7, and executing e5 will mean lost of a pawn, and i am not fan of playing f5 either. Playing against e6,d6 at online chess I knew that knight sacrifices sometimes work. I do not thought then and do not think now that it work in this position, but strange idea came to my mind - to play 14. Nd5. I calculate a bit (14. Nd5 exd5 15. cxd5 Qb7 16. Nc6 Re8/Bd8 17. e5 and here I calculate few variations. In all of them I have got fantastic center on e5 na d5, but I assesed that there is not full compensation, I planned to attack on the kingside with that massive center) in this key moment I lost about 4 minutes fighting inside which move to play Bf3 (which I knew was best) or risk with Nd5. The temptation from inside to play Nd5 was so strong that I finally said to myself: "I am underdog in this game and I am supposed to lose, so in which game other than that will I take a risk? Additionally he has tons more experience more than me in Polish and international tournaments so surely he plays that somewhat weak oppening becouse he know plans perfectly and feels comfortable in this position. In contrary I do not know what to do after Bf3 Bb7. So I rather lose in an unballanced position where I am attacking and putting pressure than in theoretical battle in which I do not know anything more and has less time on the clock." I bravely played on: 14. Nd5 this move surely suprises my opponent as he pause for a while, having no choice he answered:14. ... exd5 15. cxd5 Qb7 16. Nc6 now it was my opponent who paused. I was only considered 16. Bd8 and Re8 and I was calculating that lines. He played a move which I do not considered a worthy option: 16. ... Nc5 at that moment I probably had about 5 minutes whereas he had about 8-9. I needed a while to look at that continuation. I played forcing: 17. e5 Ne8 here using again some time I found: 18. b4 - trapping his knight (18. ... Ne4 Qd4; 18. ... Nd7 Nxe7+) and FM Czerw go into deeper thouhgt this time. He replied: 18. ... g6 - giving his weakest piece (Ne8) a place to go to. At that moment I thought to myself: "That is it! I am getting sacrificed piece back, maintaining enormous center and my super strong opponent is making a move to give his piece any route to get any activity! That means his position is so bad and mine is fantasitc and most probably winning!" I continue grabbing the piece back: 19. bxc5 bxc5 20. Rb1 Qc7 and taking open file here I again needed time to invent a strong plan, but I had reealy small amount of time. I continued I an interesting way, but having 1 minute left on my clock: 21. Bd2 Ng7 22. Ba5 Qd7 (I regretted lost time on deciding on Nd5, but fastly I got rid of that thought and focus in 100%, unfortunately my breath began to be tougher and deeper also my hands started to shaking a bit) I bravely played: 23. g4 restraining his pieces and we continue: 23. ... dxe5 24. fxe5 Bg5 he activated only piece which he could but at this moment I was in deeeeep timetrouble, additionally despite my tries to remain calm my body was shaking. Unfortunatelly for me that was another crucial position and I had no time to think - 25. Qb3 was putting my opponent into zugzwang not letting him play last resource Bb7, but in time scrumble I found 25. Rb3 (good square, but wrong piece) in the game I felt extremely proud of that move. We continue: 25. Rb3 Bb7 26. Bf3 Rfe8 27. Bb6 c4 28. Rc3 Qc8 29. Re1 Bxc6 30. Rxc4 Qb8 31. Rxc6 Rxe5 32. Rxe5 Qxe5 33. Qe2 Qa1+ 34. Kg2 Re8 35. Qc2 (with extremally shaking body I hit the clock strongly in last seconds, tournament arbiter told me not to hit clocks. I appologised and was still shaking and focussing in 100% on the position) h5 36. Rc8 hxg4 37. Rxe8+ Nxe8 38. Bxg4 Nf6 (in seconds I only spotted that my pawn is attacked so i pushed it) 39. d6 Nxg4 (suprised that i lost a piece I second I found saving resource) 40. Qc8+ Kg7 41. Qxg4 Qxa2+ 42. Bf2 Qd5+ (I knew that I am not winning anymore, and now I am defending couse of his a pawn, also it will bo not advised for me to trade queens) trying to decide where to put my king after playing 43. Kh3 I hit the clock half second too late and lost on time.

Despite that I have lost that game I am really proud of myself how I played that game. Facing a player with real rating of 2166 and FM title, whereas I have around 1600 real rating I think I did excellent and I am gaining more confidence that I can beat really strong opposition. After that game I was exhausted mentally and faced super preparted opponent, but apart this 2 looses I won the rest of the games and finish 4th (5/7)

I experienced this shaking about which GM Avetik was writing in his articles. From this month I played a game which is not ecpecially beautiful, but has a very instructive endgame in which an lichess engine cannot find a decisive mistake.

I was white, and after reading an article about exchanging to pawn endgame I know that 31. ... Bxb5 is a decisive mistake by black, becouse pawn endgame is winning for me due to pawn majority on the queenside. GM Avetik you can use the position after move 31 as a training tool for your students ;)

Trapped opponent's queen in the dragon.  Happy new year everyone!

Hello Champions and future champions, hello ChessMood Family!
Happy New Year!
Hopefully, you'll make all the goals you have for 2021.

Thanks for the games, you have posted!
It's great to see your growth.

Thanks, everyone for the games!
See you in January!

& Congratulations to all winners!

My game entry, I beat someone 400 points rating higher than me & I still didn't win a prize?!