We have this topic in our Blog 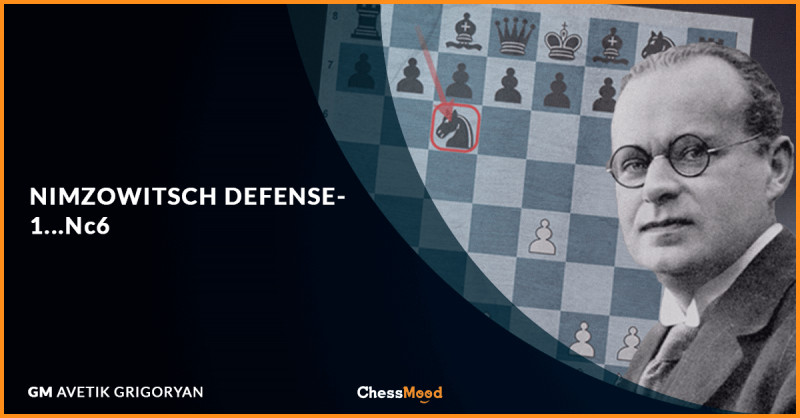 Having just completed it - nice course and succinct.

I guess for White this leaves a few options left to cover, the main one being Owen's b6 which in blitz is seen quite often at amateur level, as well as various hippo defences that result from b6 and g6 with one or both knights ending up on the 2nd rank which can be annoying to break down and are often played to run the opponent out of time - I think there is also a lesson here in showing one's cards since often the hippo is just that, Black waits for White to commit a pawn structure first and stays flexible.

The other move that perhaps deserves a mention for completeness is a6 - the St George, given Karpov was famously defeated by it.

f5, the Fred, I guess will be covered in Abracadabra gambits as a relative of the Colarado. Does the borg (1... g5) even deserve a mention as a gambit or otherwise?

And other odd surprise moves such as Na6, Nh6, a5, h5, h6, f6.... As you've said before, you can't cover everything in detail, but I think there is a little value in covering how to deal with unexpected openings/moves to either get a good position or steer the game into something similar to the repertoire. Another option would be to have a course on opening principles that is collecting some of the lessons and wisdom from the other courses, how to find and select good model games, prepare for opponents, analyse deviations from the courses or theory and so on. Dealing with the unexpected / odd / forgotten / unstudied could be a chapter in that.

Perhaps this can be paired up with odd openings Black might face (I guess main minor options b3, b4, g3, f4, Nf3, Nc3 will have their own courses, individually or collated), and perhaps the grob 1. g4 may go under Abracadabra gambits since the pawn is often offered. Some of the others offer transpositions to the Black side, for example c3 c5 c4, or e3, e5, e4, but there are also stand alone variations and particularly e3 and d3 do appear from (occasional) time to time. The ideas of f3 Kf2 (Hammerschlag etc or King's Head variation if e4 comes with it - probably named after the club/pub rather than the king putting its head on the chopping block) can be an interesting lesson for how to attack the king. And then sillies like h3 and a3 offering to pass the move can be dealt with in how to develop sensibly into similar positions in the courses, where hopefully move will not be useful or harm White. Again maybe for an opening principles course.

Thanks David!
Owen will be covered soon :)

Perhaps a6 could be covered with the Owen since after e6 and b5 you've got a similar plan to b6 e6, as well as a6 often may be part of some hippo set-up including b6 (that is so annoying at blitz to break down).

There is one thing about Na6, and perhaps this is why an openings principals course is a place to mention it.

1. e4 Na6 - to take or not to take? Is the giving up the bishop for the knight worth breaking the pawn structure, but giving Black two bishops, the b-file and b7 for the bishop? It's very well to say play better chess, but faced with it at move one perhaps against a stronger player who doesn't want to waste his mainline system and novelties against the likes of you and sees you as easy meat... There are a number of players who made their careers with the weird and wonderful, IM Basman perhaps being one of the most famous being associated with 1. g4 1... g5, the Basman system in the Sicilian, a3 + h3 or a6 +h6. I remember the British Championships (1998 I think) him going up against Lamb - and it was indeed a lamb to the slaughter.

My own thoughts are unless you've looked at how to play after Bxa6, to leave it and just play normally. Black will probably bring the knight to c5 or c7 (unless there is a tactic on c2 that Nb4 is needed). The sort of places Na6 can be a useful move would be the caro-cann and pirc and perhaps would work with a sicilian set up to attack e4 after going to c5, so trying to avoid those lines and developing actively f4 Nf3 Nc3 Bc4 should be good for White. After 2. f4, e5 is now out as that's a King's Gambit a tempo down (so just aim for f7), e6 is probably not good with French set up due to 3. d4 and if 3... c5 4. c3 to ensure Nc5 is not an option. A 'free' f4 is probably useful in the caro-cann to help with e5, which leaves Black with d6, g6 and asking for a Grand Prix attack where there is no Nc6 to bother d4, or going into some hippo system with b6, Bb7.

Of course I might be wrong, and without looking up the opening, how would I know if I'm correct?

Nimzowitsch Defense is indded a nicely presented course. I liked especially we can transform it to other openings in a way that is unfavorable for Black.

This will help me to easier remember parts of the other (transformed) openings.

I also liked the article explaining the main ideas behind the chosen lines. Please do it also for the other openings in the chessmood repertoire.

Hey Robert!
Thank you very much!
I will try to do it.

The next one is the Latvian Gambit, which we upload on Tuesday :)
It comes with article as well :)

I faced once 1...Nc6 and the guy followed d6, e6, Nf3 and fianchetto both bishops. He was a 1500 player and probably went for something solid, a system, more than a challenging opening where you have to learn variations. I have played vs. this setup online a couple of times with a different move order and it was called St.George or something similar. The ECO code was C0X or C1X so it was classified in the French segment but without d5, c5 or simlar moves.

2.Nf3! instead of 2.d4, what a good advice. Since your video of not showing your cards I changed my mind setup and now I delay castling as much as I can. Well, I am a Sicilian player and wait if white 0-0-0 and goes for a pawn storm.

I remember game#1 of the Carlsen - Caruana WC match 2018 and remember that it was a Moscow variation. Fabi went for the attack opening the f file and just in the last moment MC 0-0-0. Fabi had no king to attack and MC started a smart piece maneuvering in the g and h files that could give him the game if he was an attacking player and saw that instead of piling on the g file, Qg7 to use the long diagonal and go to the unprotected Qside was the winning procedure. From then Fabi didn't attack anymore with white and with black and his boring Petroff, we all know how this match ended.

In the the book as the best reply against 2.Nf3 the following line is given:

It would be nice to have this line coveredin the course 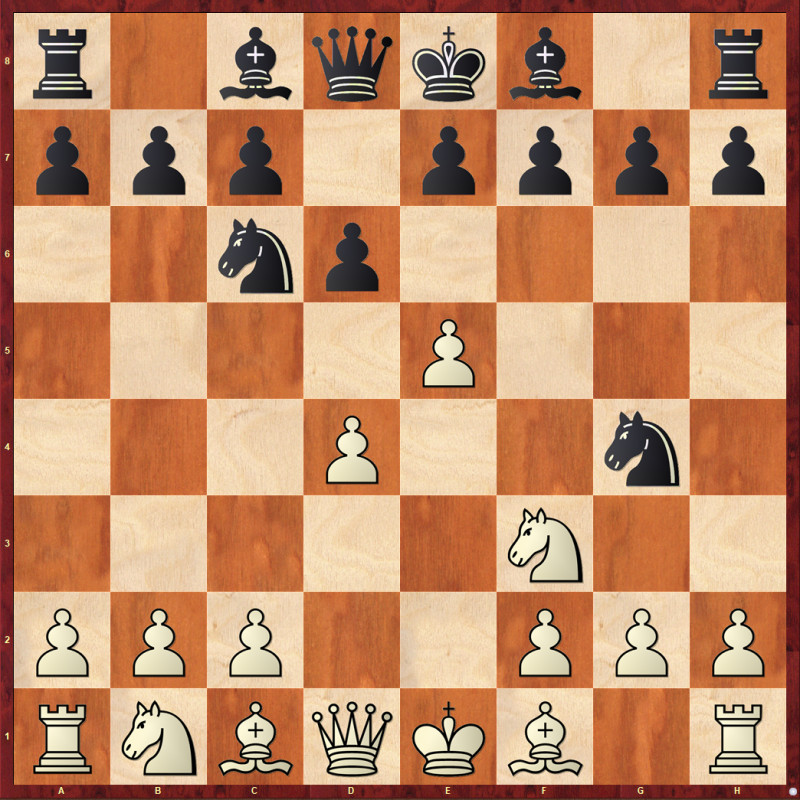 And if not de5, then Bg5 is our next move. Black's position looks very bad :)
We use cookies to provide you personalized recommendations. By using chessmood.com you agree to our Terms of Service and Cookie Policy.
Ok, Thanks.