We have this topic in our Blog: 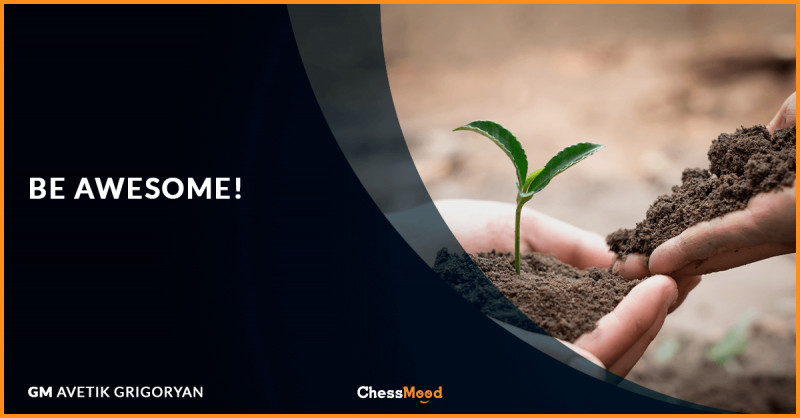 Great article (and not just because it's asking you to be awesome).

I've noticed those that are always negative or try-too hard / act needy, often getting to the point of that they hate others with what they don't have and become jaded/unpleasant/critical without positivity, 'never' get anywhere. Be it for love, money/wealth, health/fitness, jobs... Often these people have a clique of like minded or placed people who almost celebrate their position in life and others are the problem, be it poor vs rich, politics, academic vs school of life.

Being a pleasant person to be around, positive (at the right times, but not acting fake),  giving credit where credit is due, acting with abundance mentality, trying to activity solve problems to get where you want to be rather than balking at the obstacles you face, seeing threats as opportunities and placing oneself to take advantage when they arise before everyone else does, being your own person and not what is expected of you or your focus...   this and more on average makes a successful person.

Coming from the opposite side of the article - who to help. I made mistakes about 10-20 years ago in that I was wanting to help everyone and offer free advice where I thought it would help others. I was successful academically, and not doing so bad career or financially either then. I found out there are a lot of people that didn't want to be helped. It was either 'misery likes company', or they saw it as acting superior when all I wanted was for others to be successful. Once some people have an idea (like it's down to who you know, where you grew up, what you're born with) changing that is almost not worth it (and anyone that says otherwise as living proof or how they succeeded in way others might follow is taken as an outlier). Facebook was a real eye-opener of what people really thought who would have never said/acted so in person.

I'm more likely to help or guide someone I feel is really trying (plus a pleasant person of course) and likely to be grateful, than someone who needs to sort their own attitudes out first. My parents bemoaned the same that you help people and they never help you back when you need it. I think the answer is focusing on the right people to help.

is it that they are too serious or they don't have any luck left with them?

I saw many people who don't work at all and achieve great heights so I thought to myself, I should work harder than them to achieve such success but the fact is we should not stretch ourselves too much and just be awesome not overthinking about the future results and everything will come into place

This was my learning from this article

Thank you once again !!!

A fly works really hard to get out of a window through a pane of glass; it doesn't succeed.

Working hard is only one piece of a puzzle. It's like being amazing at finding queen combinations but the rest of your chess is so-so.

There are too many factors to give an answer, but the questions I'd ask is working hard at what, and is what you are working hard at the right thing, and whether you are working smart or not. If it's to get to a chess master, I can't really answer simply because I haven't got there, but it's clear that spending time on the right things and training in the right way with the right people beat spending lots of time doing things that don't move you forward.

I believe you make your own luck. You can only control some things, and you can't control random events that we'd call luck. However, depending on how you are set up both in attitude, finance, health, knowledge, experience,.... things that would be a threat to some people aren't so much to you or even opportunities. Opportunities are there for the taking. That doesn't mean every event or possibility you'll succeed in (there have been chances that I could have been a millionaire by now, but the wrong actions were taken, and I believe there will be other ones in the future), but it's a numbers game and stacking the odds in your favour help you rather than just blowing in the wind.

Very nice, although in some ways it feels like it's  saying, 'if there is a good move in the position, make the move.' Haha

But at least it can foster awareness, that's a start!

I recall when I was starting out in poker I sent messages to the top 1000 players in the poke rankings.

I only got 4 responses! 2 were trying to sell me very expensive courses. One offered some hand advice and the other one ended up becoming my mentor and kick starting my path to being able to play professionally.

After this I alway made a effort to respond to anyone who asked me for help and advice. It wasn't with some ulterior motive I just recall what it was like when I was starting.

By having this attitude I actually gained a lot of coaching business over the years as well as forged friendships/relationships with other strong players who have in turn helped me over time.

Ooo, wow! Nice story.
Are you playing cash or tournaments?

I dont know if you recall but when we did our 1-1 we talked a bit about it as you mentioned you played sngs for a period before chessmood!

Amazing article. Thank you for sharing your thoughts on this important topic
2 REPLY

Thanks for Awesome article.
2 REPLY

When I was a youngster in the club, they gaves class 90min per week. Explained you basics, opposition, basic mates, a couple of openings and that was all. The game in the weekend until next Friday evening.

I left the game for decades and when I decided for a comeback I went to classes, hired coaches and I noticed that most of them were bad. The reason is that if you want to make real progress you must study but no 90min/week, I would say rather 180min/day. So the good coach is not the one who teaches the theory 90min each week. The good coach is the one who uses the 90min to guide you in how to spend the 3 daily hours (alone, you and the material) that you should spend to make real progress.

Exactly!
I would also add "A good coach is the one, when after working with him 1 hour, you want to work another 20 hours yourself at home."
2

I want to thank you for making this article Avetik!

This is not only brilliant advice for chess but also a great principle in life.

I found this article to be very resilient to the book you recommended "Unlimited power". The point that giving help is very good psychology for yourself. Also the point that whatever you ask from life; you will get from life.

I really enjoyed how you also encouraged the reader to take action in the end of the article rather than to just read it and say "aha, that is smart information, maybe I will get use for it one day".

Have a wonderful day champion!