Main Channel
Daily game 69 "Creating weaknesses"
Black to move. How do you evaluate the position? How to continue for Black?
3472
3
REPLY 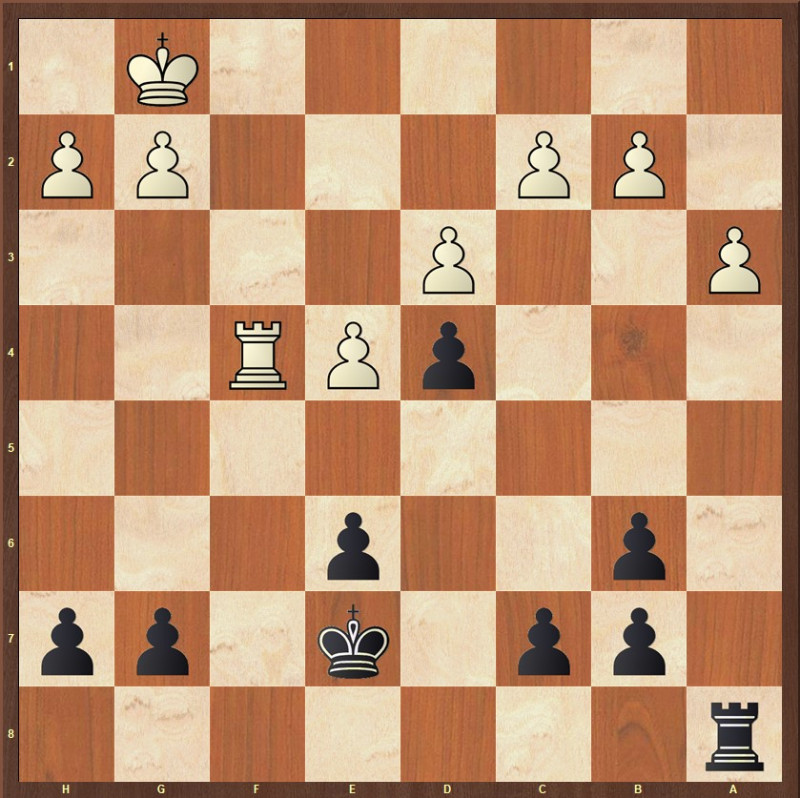 The only reasonable try I see is Ra5 and then trying to create weaknesses on the queenside, but without the title (Creating weaknesses) in a real game, I'd have played Rf8 and agreed to a draw after Rxf8 Kxf8, so I can't say that I know the idea.

This game is pretty similar to the rook endgame played by Capablanca. Perhaps one idea is to sacrifice a pawn with ...b5-b4 in order to infiltrate along the 2nd rank and take all the pawns. However, since the title of this forum is Creating Weaknesses. Another idea could be to play ...Ra5 and then attack the pawns forcing them to move creating weaknesses in the opponent's camp. This is an idea that I have seen in a Rubinstein game before!
1 REPLY