We'll play against all dubious openings after 1.e4, like Latvian and Elephant gambits.
What else would you like me to cover there?

And do you like the name?
"Crushing Abra Cadabra Gambits"

Love it - we had a laugh in Friday's session noting it's also the name of a popular 80's song.

Also to borrow from Joker in The Dark Knight 'How about a magic trick? I'm going to make this pawn disappear. Ta-dah! It's, it's gone!'

I guess the question is which gambits? Ones I can think of in the repertoire lines:

Elephant (more dangerous in 10 minute chess than you'd think I knew a 2000 rated player who used it).
Latvian (certainly dangerous in the hands of a caveman)
Blackmar-Diemer (a very popular one touted as crush all your opponents, and dangerous too if you don't know it)
Sicilian wing gambit/deferred
The fred [e4 f5] (certainly lower rated players will get that)
The damiano defence [e4 e5 Nf3 f6 - since the e pawn is taken] (simply deal with)
e4 e5 Nf3 Bc5 (already covered in the Scotch but worth repeating - especially if Black tries Qh4 ideas which don't work if dealt with correctly)
Scandinavian c6 and maybe rarer e6/e5 (as mentioned Friday)
Grob g4 gambit maybe (is it really an abracadabra gambit though or is that pawn compensated if you take it)

It's usually written as all one word (abracadabra), although there evidently is a rapper who is called the two word version.

Not sure if its a gambit line specifically but 1. f4

Also agree about the ones posted above Latvian gambit is not truly bad as such I think.

Sorry I meant elephant one is not totally bad actually.

f4 e5 fxe5 d6 is the From Gambit. I don't think it's sound though (if White sees through the traps on the next couple of moves). If it can be made to work, it probably would be in a 'minor moves' course for White as what to play as Black rather than a gambit course such as this which is for refuting gambits seen in sidelines of the repertoire [I think] (and Chessmood repertoire is e4 so you wouldn't play against it).

That said there was some talk about a Kings Gambit theme tournament (more sound that anything mentioned above, but I would take consideration to the Latvian for that). The problem with the KG though is if Black knows what he's doing in several main lines he can get a drawn position or even a slight advantage. It's fun to play, but there are so many lines to learn (when you might as well learn something better) which is why it's usually only recommended to under 1800s or so. Great for blitz though. As an example of why, John Shaw's herculean effort on the Kings Gambit in his book, he had no line for the modern which keeps White's advantage (even equality).

I like the title Abracadabra Gambits very much, it sums up perfectly the nature of these funky systems.

The Stafford Gambit has gained an Online Cult following due to the efforts of Eric Rosen, so you should give that high priority as our members will be seeing it a lot: 1.e4 e5 2.Nf3 Nf6 3.Nxe5 Nc6?!?!

By the way Quality Chess Publishing has just released a book on The Elephant Gambit for black, so we can expect to see this a lot more too at the amateur and club level.   http://www.qualitychess.co.uk/products/1/388/the_exhilarating_elephant_gambit_by_michael_agermose_jensen_and_jakob_aabling-thomsen/ 1.e4 e5 2.Nf3 d5 3.exd5 Bd6 is the line the Elephant Gambit authors are going for.

One or two members were also concerned about 1.e4 d5 2.exd5 c6?!, while The Smith Morra Gambit Accepted should be revisited I think, since 1.e4 c5 2.d4 cxd4 3.c3 Nf6 is sort of letting White off the hook, surely we should have a reliable way to take this pawn and retain good winning chances.

Good luck with what should prove to be an exciting and eagerly anticipated project. :-) 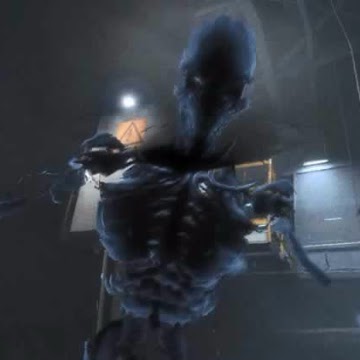 I see you wrote gambits after 1.e4 Nc6. First must be created course for white against 1.e4 Nc6. As it is unknown, how chessmood will reccomend playing against it. Maybe 1.e4 Nc6 2.d4 not 2.Nf3, so the two gambit you mentioned may not be a real problem.

You make a good point, but after 1.e4 Nc6 I doubt ChessMood will choose 2.d4 because we could easily get move-ordered following 2...d5 3.exd5 [3.e5 Bf5 lead to unclear positions] Qxd5 4.Nf3 Bg4 now we have been tricked into a line of the Scandi not recommended in the course. After 1.e4 Nc6 2.Nf3 it is easier for us to stay within our ChessMood repertoire as the alternatives to 2...e5 are not very dangerous or convincing.

The russian game and the Stannford gambit when Petroff occures, in order to beat Eric Rosen.
2 REPLY

I just saw this after I posted about the stafford! I'm seeing that one a lot haha.
1 REPLY

The name is amazing :D
1 REPLY

Hey guys! Okay, we'll call it "The Refutation of Abra Cadabra Gambits"  :) Deal :) My question actually was about gambits with 1.e4, which you face playing our ChessMood openings. Please take a look, did I forget anything, or are there any other things which are bothering you? Also, do you know if 1.e4 e5 2.Nf3 Bc5 does have a name? 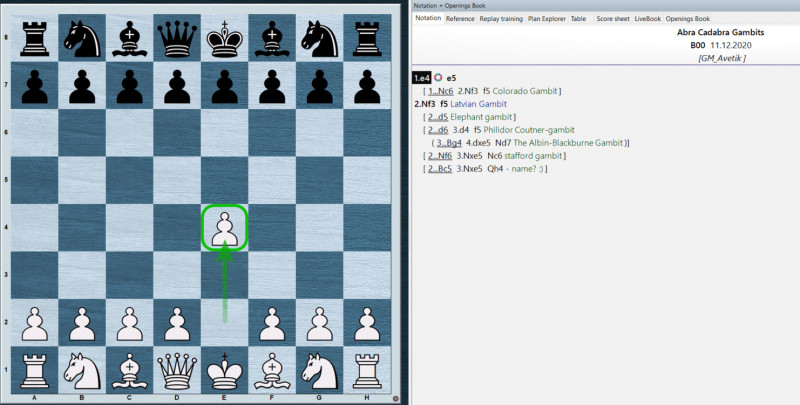 They are unorthodox openings which could do with their own course for Black and White. This is a thread for gambits.
1

This course is super helpful to me.

I lost to all kinds of gambits all the time.  Yesterday was Elephant and Stafford.

Another gambit that appears in the repertoire and should be mentioned in the accelerated dragon course and/or here is the Zollner Gambit:

In Winning with the Dragon, GM Ward (then an IM) gives the following 'refutation':

Black is still a little under half a pawn better according to the engine, but there is a lot going on here in all those tactical moves, so would be good to go through it.

Perhaps it's best not to take the pawn?

Also known as The Fred.